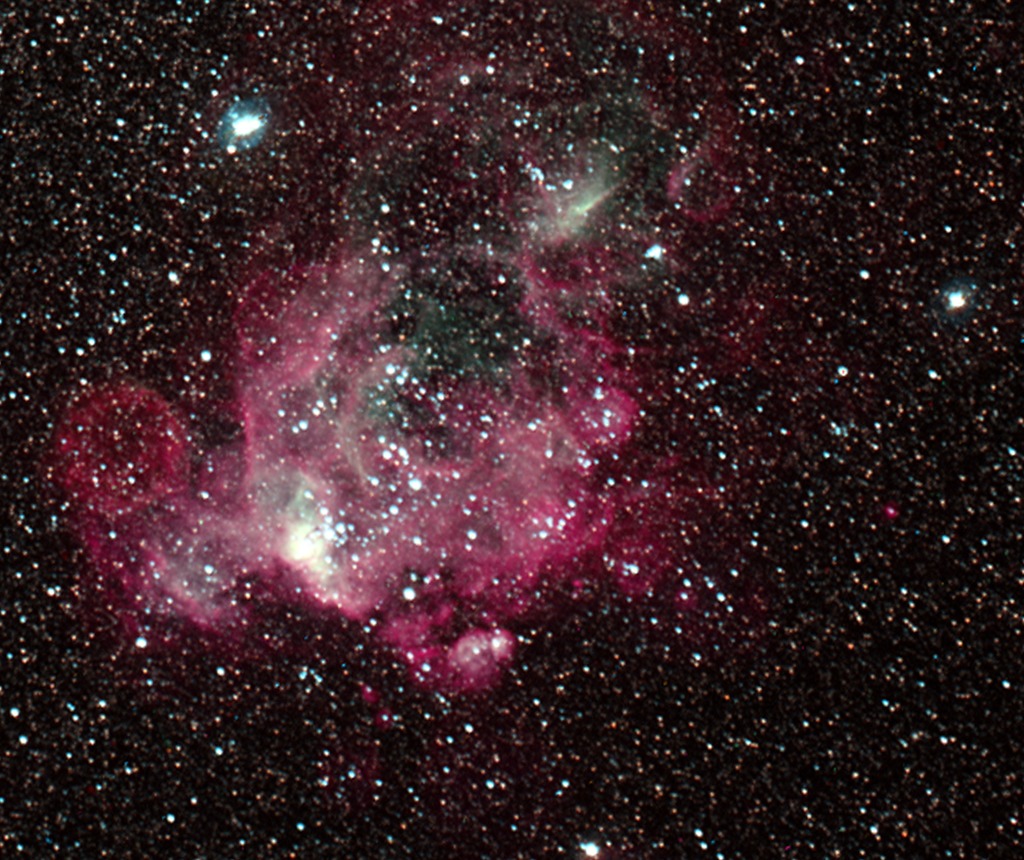 This image shows a visible-light view of the emission nebula, Henize 206, which lies within the Large Magellanic Cloud (LMC). The LMC is a nearby and irregularly-shaped galaxy seen in the Southern Hemisphere. Embedded within Henize 206 is a region of star formation which is hidden in this image by obscuring dust.

This emission nebula was cataloged by Karl Henize (HEN-eyes) while spending 1948-1951 in South Africa doing research for his Ph.D. dissertation at the University of Michigan. Henize later became a NASA astronaut and, at age 59, became the oldest rookie to fly on the Space Shuttle during an eight-day flight of the Challenger in 1985. He died just short of his 67th birthday in 1993 while attempting to climb the north face of Mount Everest, the world's highest peak. 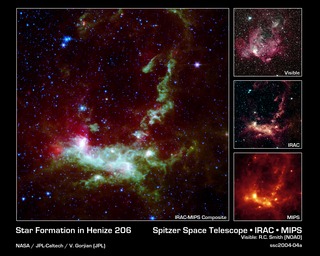 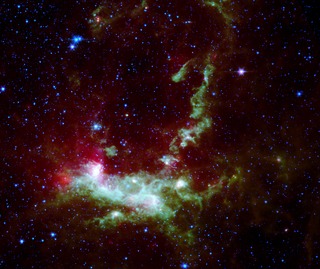 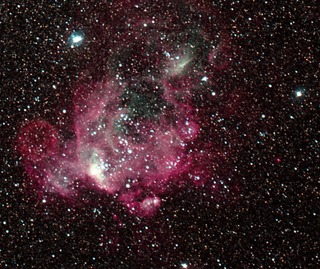 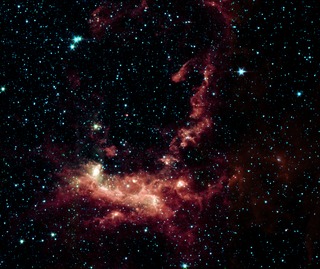 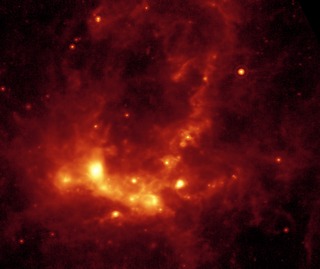