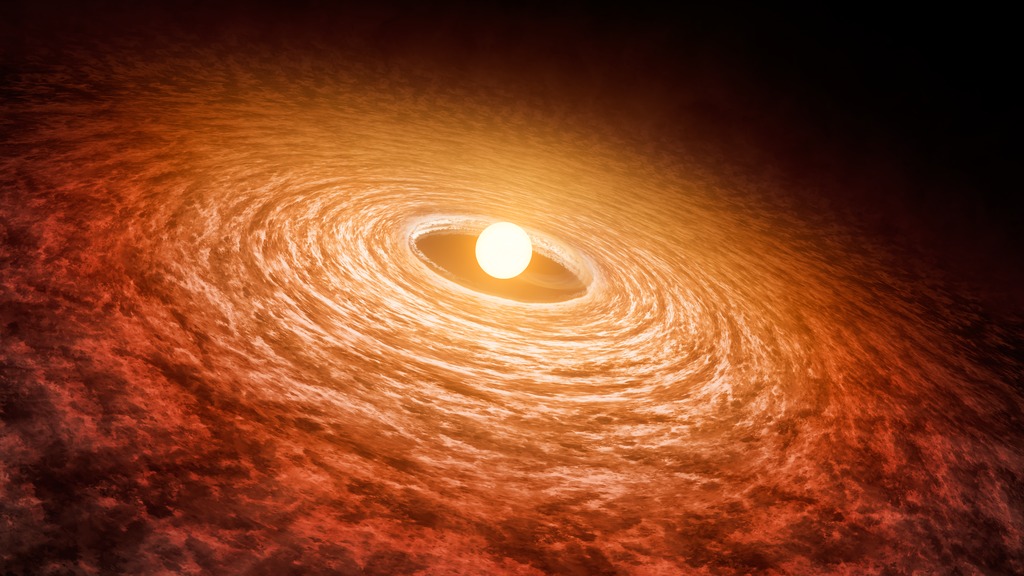 This artist's concept illustrates how the brightness of outbursting star FU Orionis has been slowly fading since its initial flare-up in 1936. The star is pictured with the disk of material that surrounds it. Researchers found that it has dimmed by about 13 percent at short infrared wavelengths from 2004 (left) to 2016 (right).

This illustration represents the 2016 data was collected with the Stratospheric Observatory for Infrared Astronomy (SOFIA). 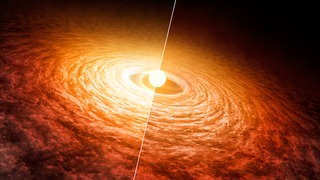 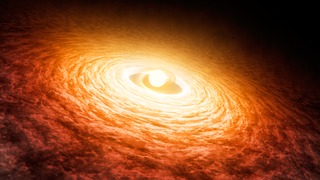 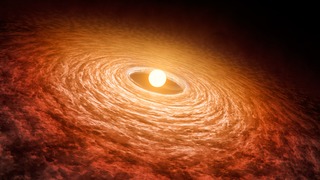