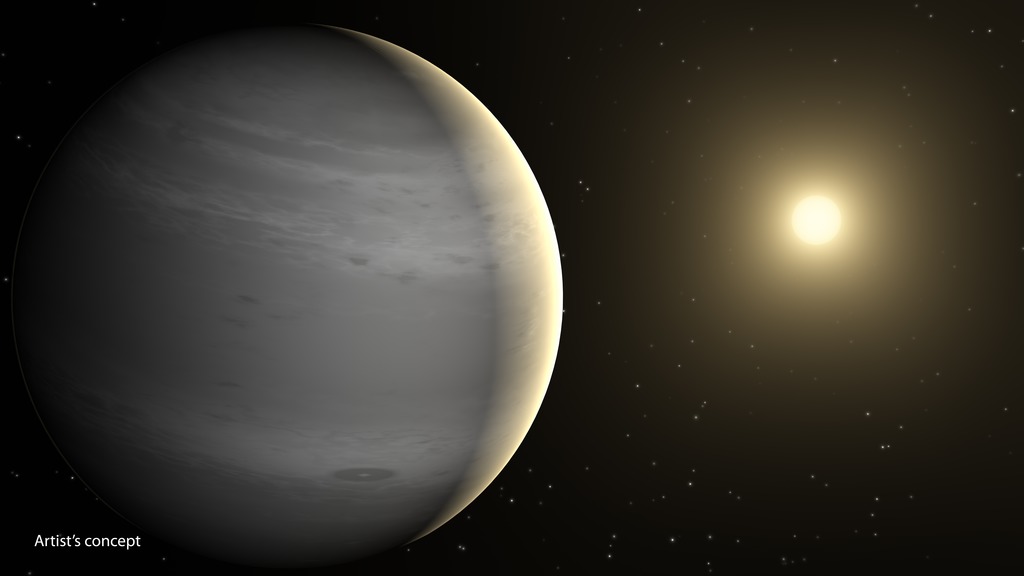 Planets having atmospheres rich in helium may be common in our galaxy, according to a new theory based on data from NASA's Spitzer Space Telescope. These planets would be around the mass of Neptune, or lighter, and would orbit close to their stars, basking in their searing heat. According to the new theory, radiation from the stars would boil off hydrogen in the planets' atmospheres. Both hydrogen and helium are common ingredients of gas planets like these. Hydrogen is lighter than helium and thus more likely to escape.

After billions of years of losing hydrogen, the planet's atmosphere would become enriched with helium. Scientists predict the planets would appear covered in white or gray clouds.

This is in contrast to our own Neptune, which is blue due to the presence of methane. Methane absorbs the color red, leaving blue. Neptune is far from our sun and hasn't lost its hydrogen. The hydrogen bonds with carbon to form methane.

This artist's concept depicts a proposed helium-atmosphere planet called GJ 436b, which was found by Spitzer to lack in methane -- a first clue about its lack of hydrogen. The planet orbits every 2.6 days around its star, which is cooler than our sun and thus appears more yellow-orange in color. 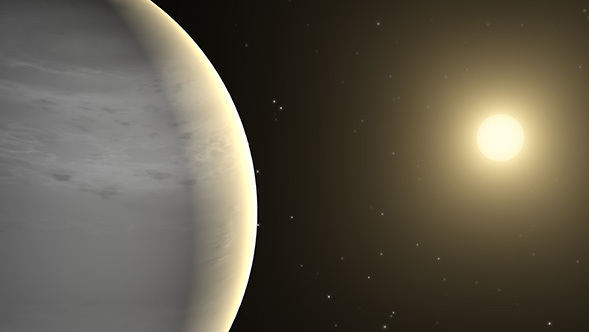 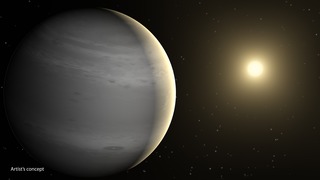 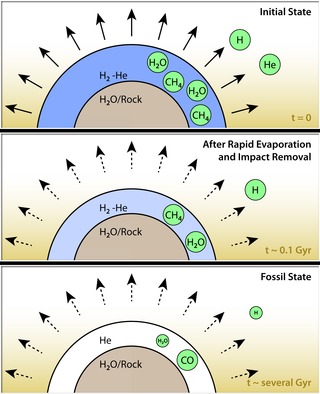