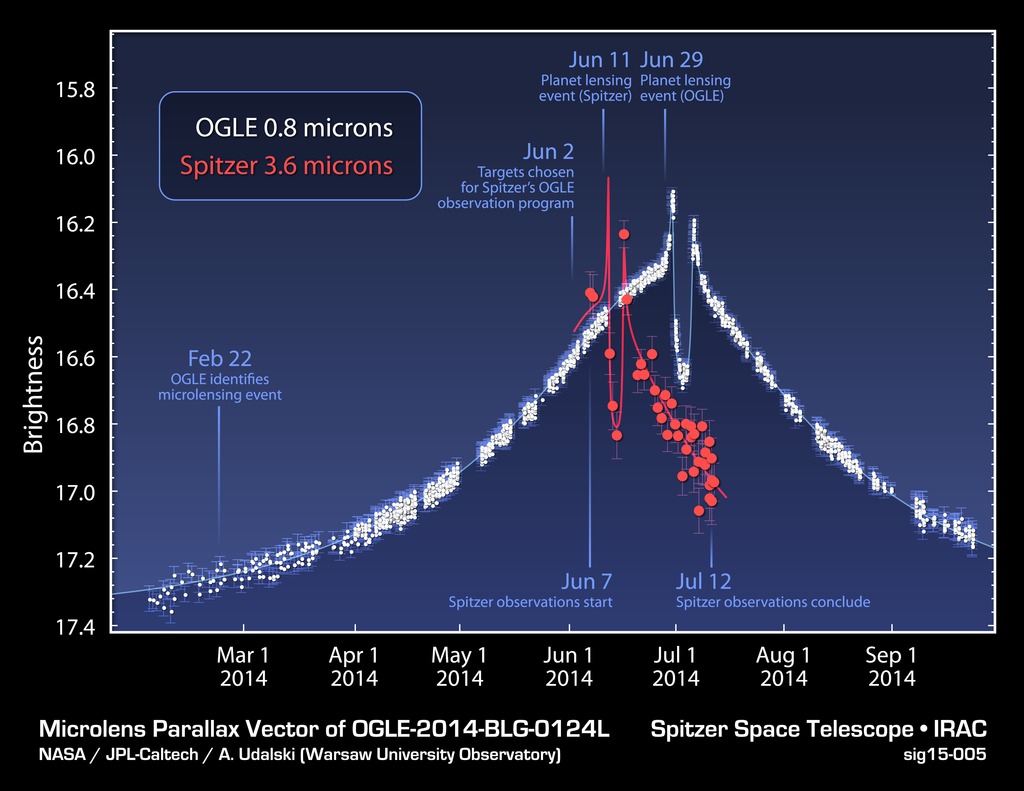 This plot shows data obtained from NASA's Spitzer Space Telescope and the Optical Gravitational Lensing Experiment, or OGLE, telescope located in Chile, during a "microlensing" event. Microlensing events occur when one star passes another, and the gravity of the foreground star causes the distant star's light to magnify and brighten. This magnification is evident in the plot, as both Spitzer and OGLE register an increase in the star's brightness.

If the foreground star is circled by a planet, the planets gravity can alter the magnification over a shorter period, seen in the plot in the form of spikes and a dip. The great distance between Spitzer, in space, and OGLE, on the ground, meant that Spitzer saw this particular microlensing event before OGLE. The offset in the timing can be used to measure the distance to the planet.

The finding was the result of fortuitous timing because Spitzer's overall program to observe microlensing events was only just starting up in the week before the planet's effects were visible from Spitzers vantage point. 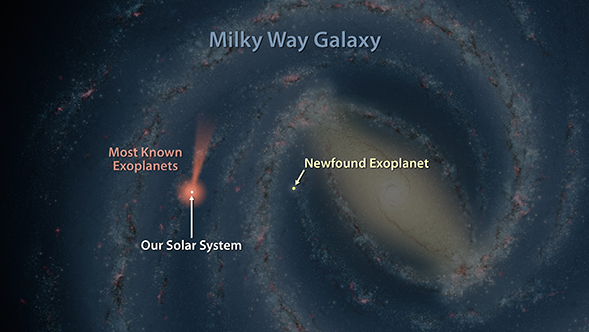 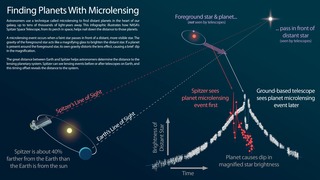 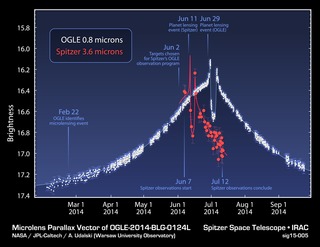 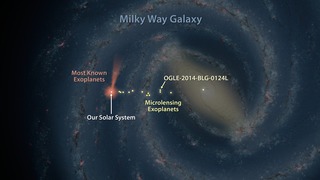