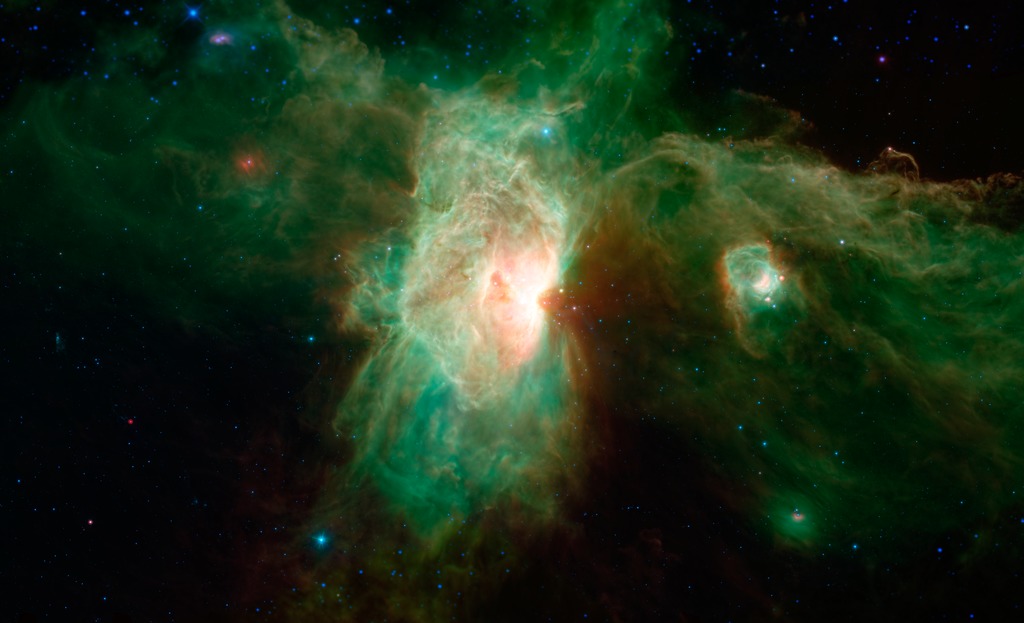 The Horsehead is only one small feature in the Orion Molecular Cloud Complex, dominated in the center of this view by the brilliant Flame nebula (NGC 2024). The smaller, glowing cavity falling between the Flame nebula and the Horsehead is called NGC 2023. These regions are about 1,200 light-years away.

The two carved-out cavities of the Flame nebula and NGC 2023 were created by the destructive glare of recently formed massive stars within their confines. They can be seen tracing a spine of glowing dust that runs through the image.

The Flame nebula sits adjacent to the star Alnitak, the easternmost star in Orions belt, seen here as the bright blue dot near the top of the nebula.

In this infrared image from Spitzer, blue represents light emitted at a wavelength of 3.6-microns, and cyan (blue-green) represents 4.5-microns, both of which come mainly from hot stars. Green represents 8-micron light and red represents 24-micron light. Relatively cooler objects, such as the dust of the nebulae, appear green and red. Some regions along the top and bottom of the image extending beyond Spitzer's observations were filled in using data from NASA's Wide-field Infrared Survey Explorer, or WISE, which covered similar wavelengths across the whole sky. 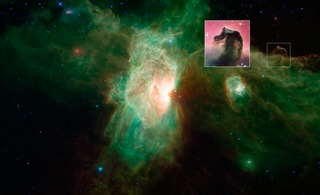 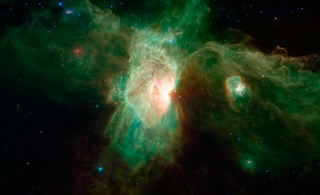