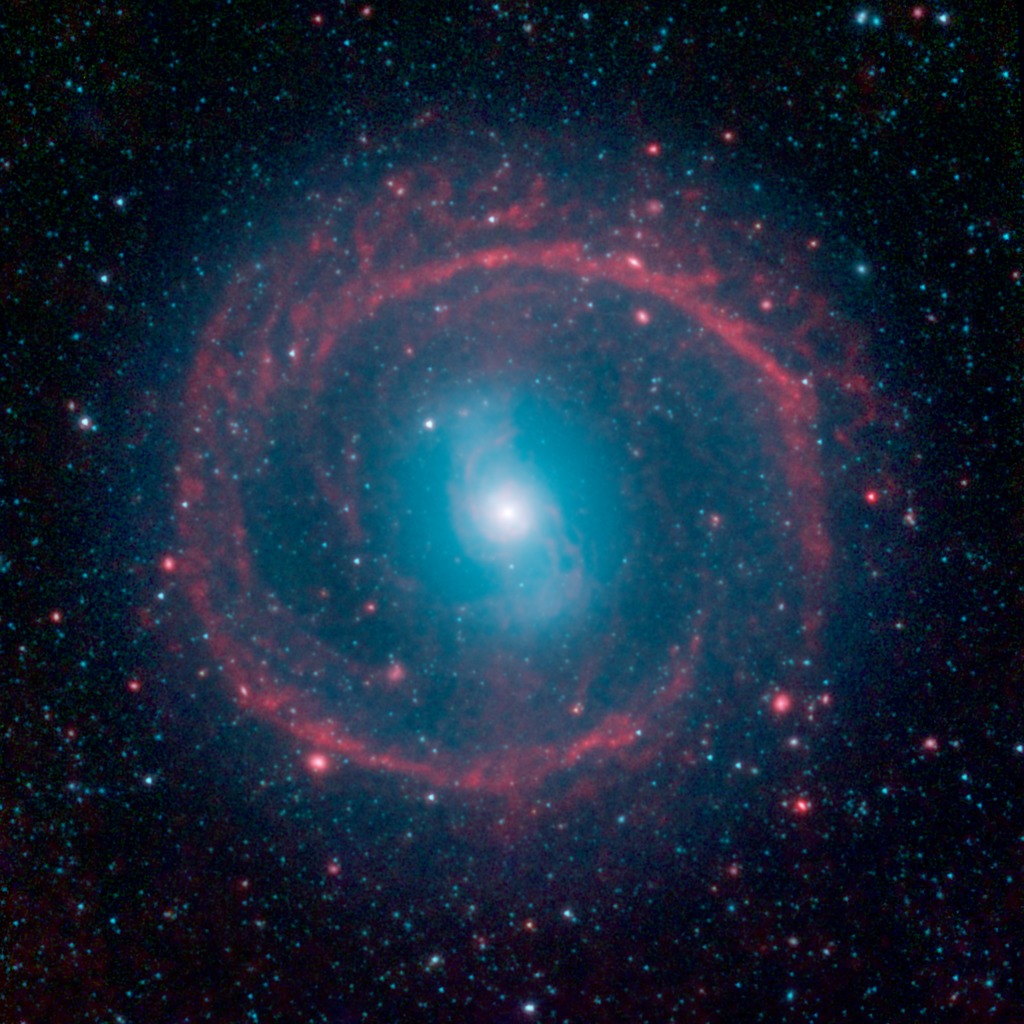 A new image from NASA's Spitzer Space Telescope, taken in infrared light, shows where the action is taking place in galaxy NGC 1291. The outer ring, colored red in this view, is filled with new stars that are igniting and heating up dust that glows with infrared light. The stars in the central area produce shorter-wavelength infrared light than that seen in the ring, and are colored blue. This central area is where older stars live, having long ago gobbled up the available gas supply, or fuel, for making new stars.

The galaxy is about 12 billion years old and is located 33 million light years away in the Eridanus constellation. It is known as a barred galaxy because a central bar of stars (which looks like a blue "S" in this view) dominates its center.

When galaxies are young and gas-rich, stellar bars drive gas toward the center, feeding star formation. Over time, as the star-making fuel runs out, the central regions become quiescent and star-formation activity shifts to the outskirts of a galaxy. There, spiral density waves and resonances induced by the central bar help convert gas to stars. The outer ring, seen here in red, is one such resonance location, where gas has been trapped and ignited into a star-forming frenzy. 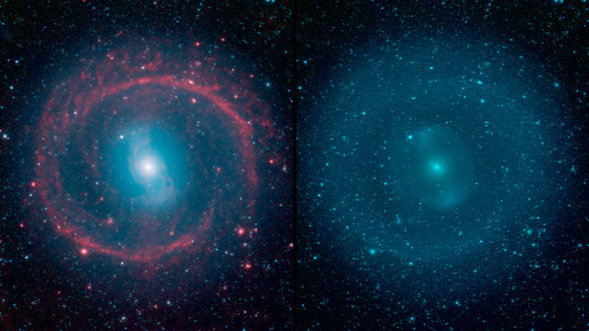 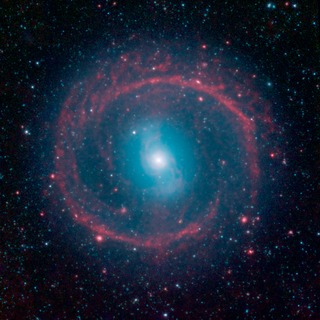 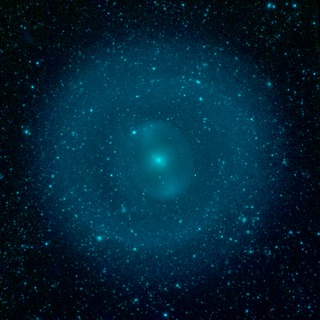