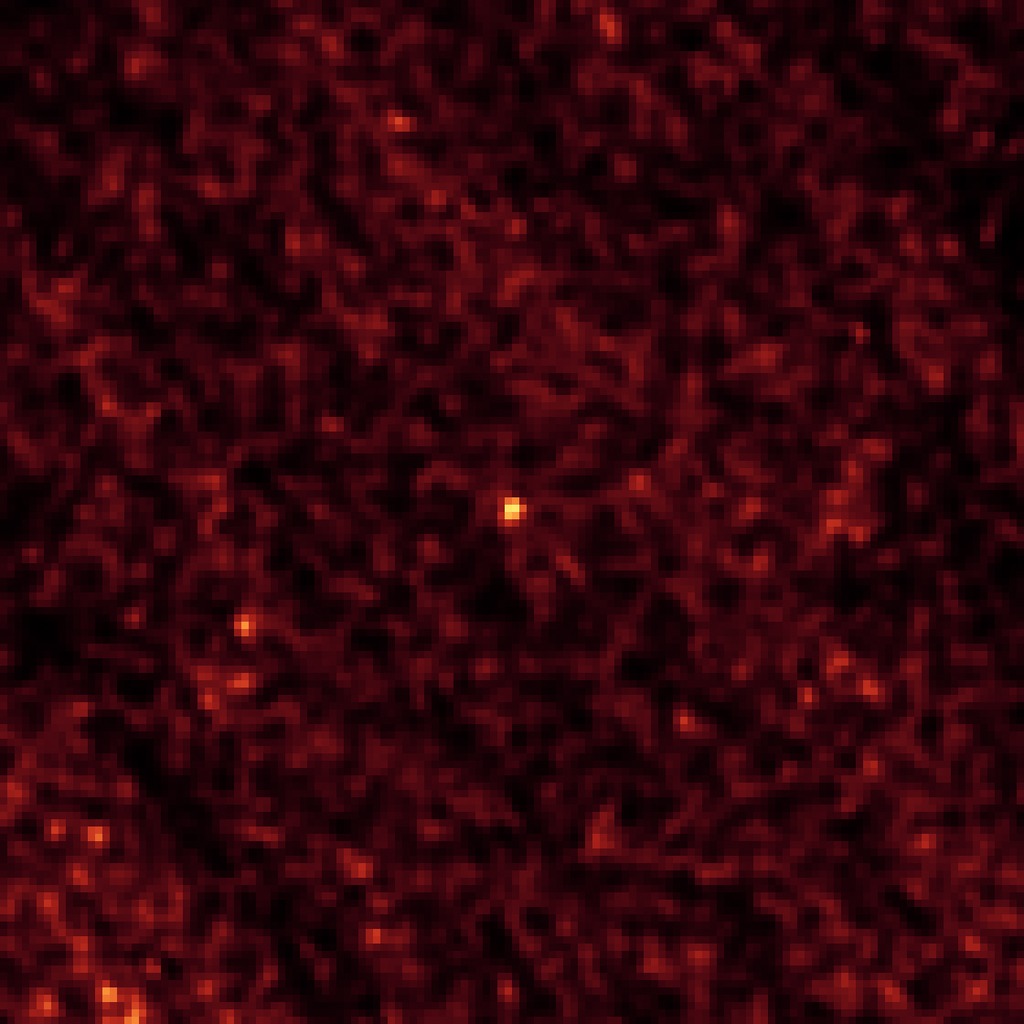 This image of asteroid 2011 MD was taken by NASA's Spitzer Space Telescope in Feb. 2014, over a period of 20 hours. The long observation, taken in infrared light, was needed to pick up the faint signature of the small asteroid (center of frame). The Spitzer observations helped narrow down the size of the space rock to roughly 20 feet (6 meters), making it one of a few candidates for NASA's proposed Asteroid Redirect Mission for which sizes are approximately known.

This image was taken by Spitzer's Infrared Array Camera at a wavelength of 4.5 microns. 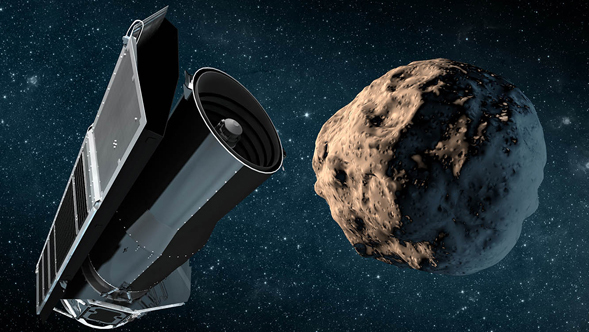 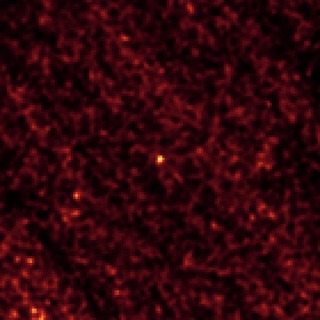 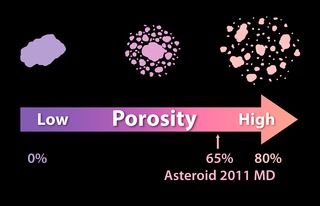 Artwork | sig14-018
Solid as a Rock? Porosity of Asteroids 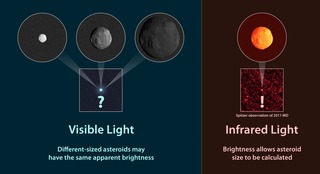 Artwork | sig14-019
How to Measure the Size of an Asteroid