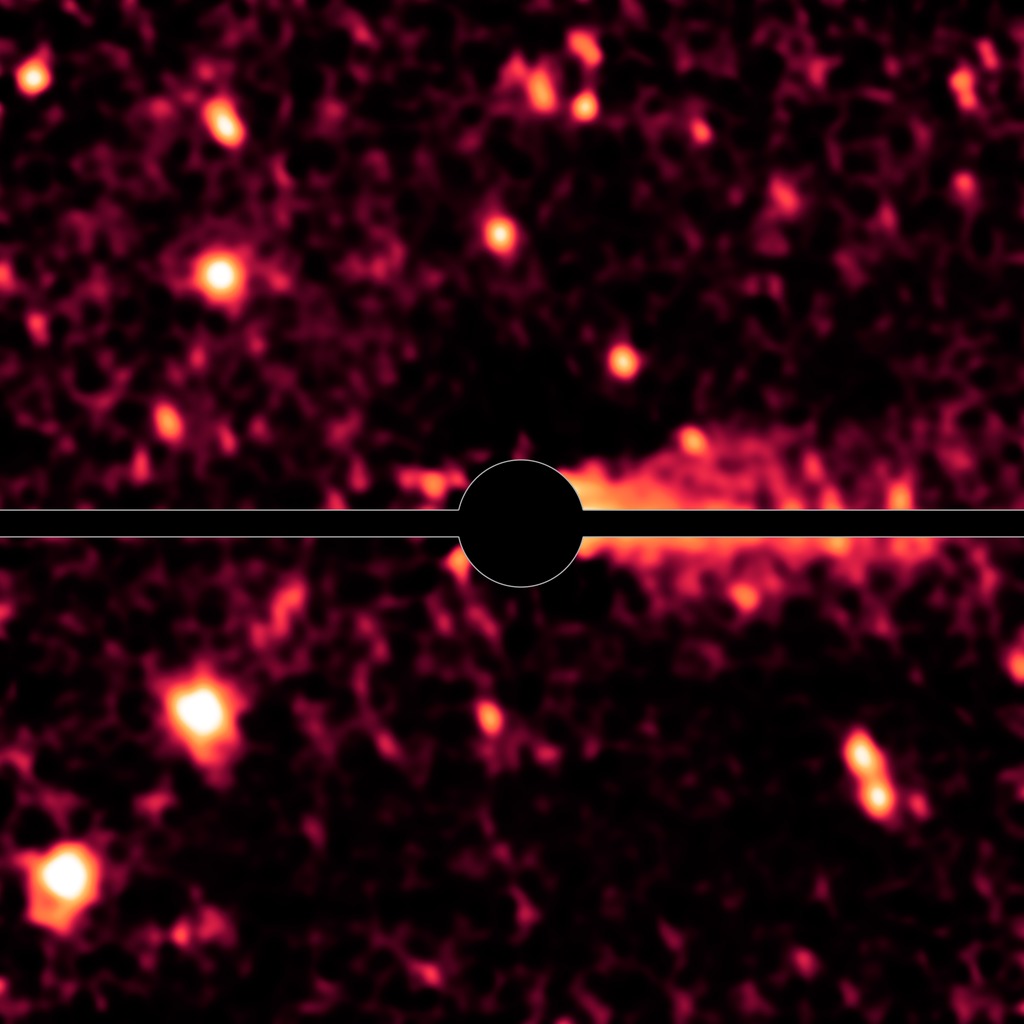 This image represents a more elaborate image processing step, in which the glow of the coma has been removed based on a model comet coma. Bright speckles around Don Quixote are background stars; the horizontal bar covers image artifacts caused by the image processing. 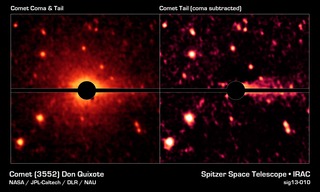 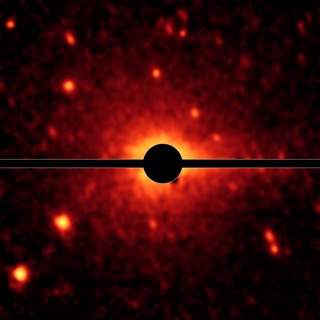 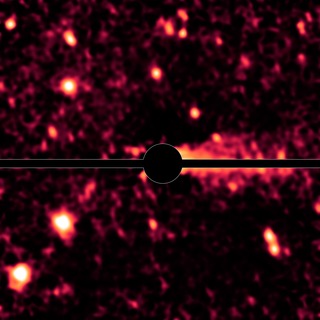