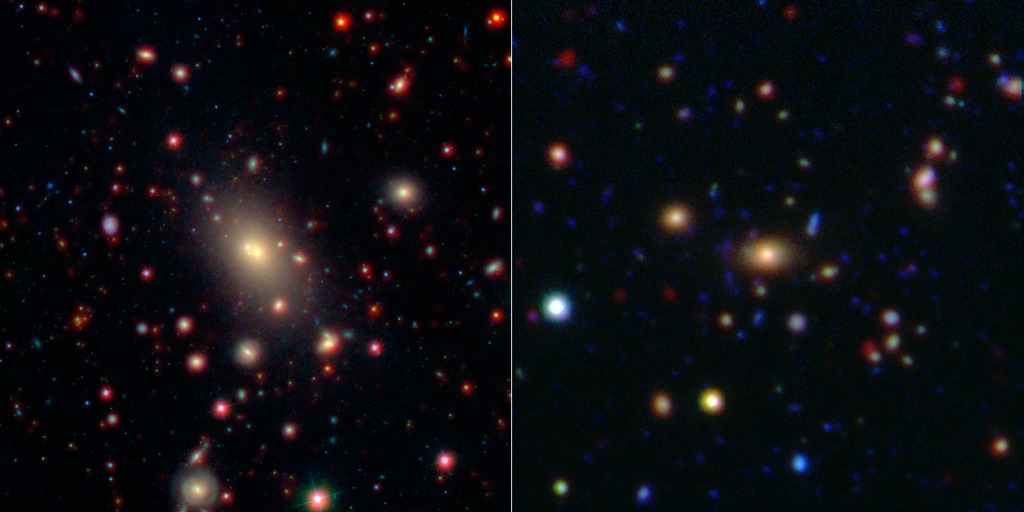 This image shows two of the galaxy clusters observed by NASA's Wide-field Infrared Survey Explorer (WISE) and Spitzer Space Telescope missions. Galaxy clusters are among the most massive structures in the universe. The central and largest galaxy in each grouping, called the brightest cluster galaxy or BCG, is seen at the center of each image.

The image on the left shows the cluster known as Abell 2199, which is relatively nearby at a distance of 400 million light-years from Earth (redshift of 0.0302). This image combines infrared data from WISE (in red) with shorter wavelengths of light extending into the visible spectrum from the Sloan Digital Sky Survey (in blue and green).

On the right is the cluster ISCS 1433.9+3330, which is significantly farther away at a distance of 4.4 billion light-years (redshift of 0.42). Infrared data from Spitzer (red) is combined with similar shorter wavelength data taken by the Mayall Telescope on Kitt Peak, Ariz. 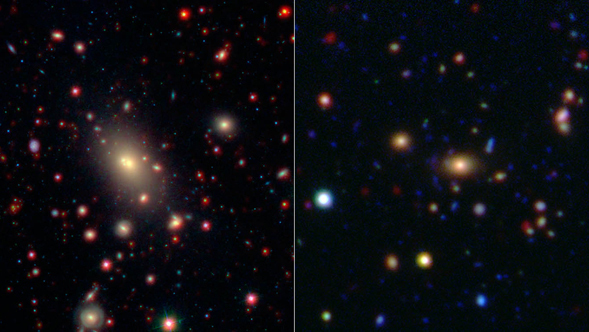 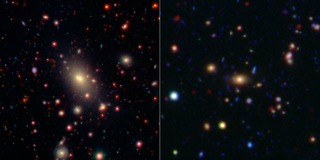