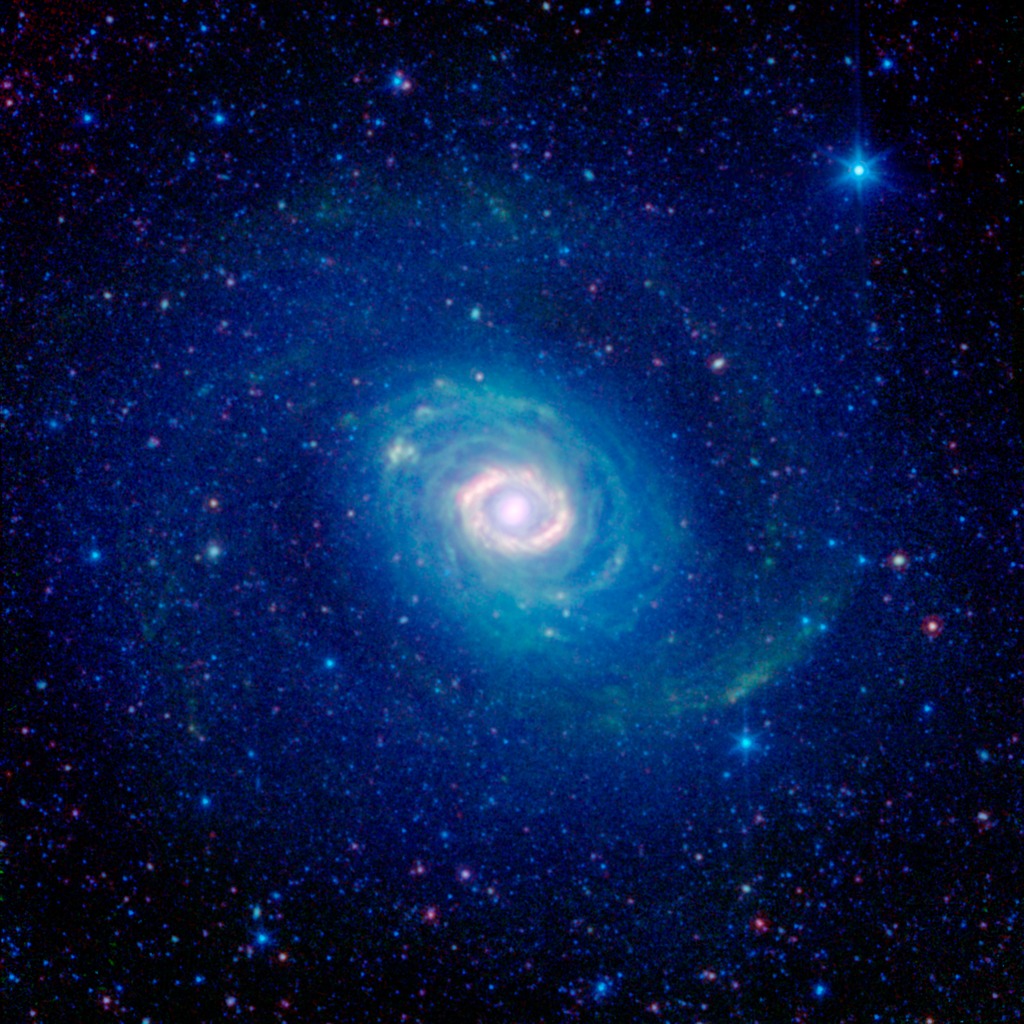 How many rings do you see in this striking new image of the galaxy Messier 94 (NGC 4736) as seen by the infrared eyes of NASAs Spitzer Space Telescope? While at first glance one might see a number of them, astronomers believe there is just one.

Historically, Messier 94 was considered to have two strikingly different rings: a brilliant, compact band encircling the galaxys core, and a faint, broad, swath of stars falling outside its main disk.

Astronomers have recently discovered that the outer ring, seen here in the deep blue glow of starlight, may actually be more of an optical illusion. Their 2009 study combined infrared Spitzer observations with ultraviolet data from NASAs Galaxy Evolution Explorer, and ground-based surveys in visible (Sloan Digital Sky Survey) and near infrared light (Two Micron All Sky Survey). This more complete picture of Messier 94 indicates that we are really seeing two separate spiral arms that, from our perspective, take on the appearance of a single, unbroken ring.

The bright inner ring of Messier 94 is very real, however. This area is sometimes identified as a starburst ring because of the frenetic pace of star formation in this confined area. Starbursts like this can often be triggered by gravitational encounters with other galaxies, but in this case may instead be caused by the galaxys oval shape.

Tucked in between the inner starburst ring and the outer ring-like arms we find the galaxys disk, striated with greenish filaments of dust. While, at first glance, these dusty arcs look like a collection of rings, they actually follow tightly wound spiral arcs.

Messier 94 is about 17 million light years away, making it a distant neighbor of our own Milky Way galaxy. It was first discovered by Charles Messiers assistant, Pierre Mchain, in 1781 and was added to his supervisors famous catalog two days later.

Infrared light with wavelengths of 3.6 and 4.5 microns is shown as blue/cyan, showing primarily the glow from starlight. 8 micron light is rendered in green, and 24 micron emission is red, tracing the cooler and warmer components of dust, respectively. The observations were made in 2004, before Spitzer ran out of cryogen. 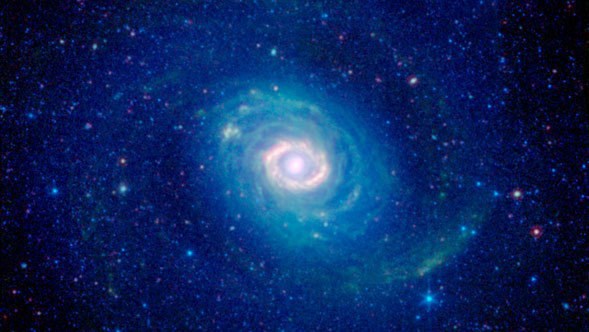 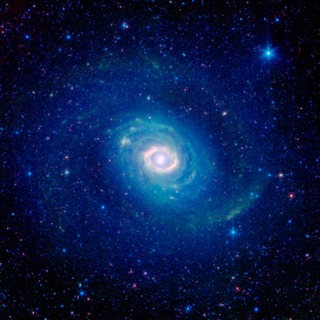