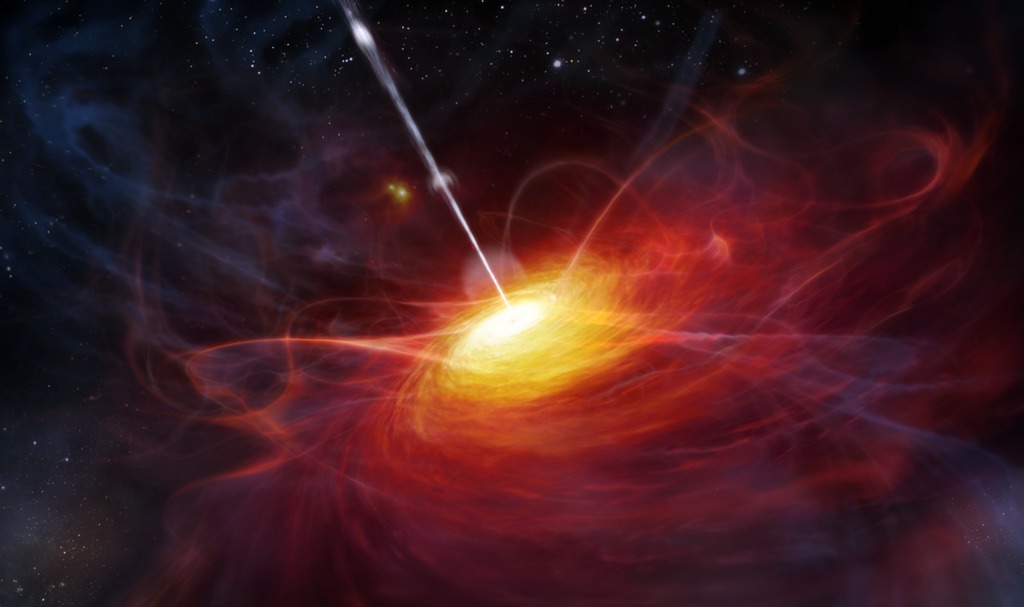 Quasars, as pictured here in this artist's concept, are bright, energetic regions around giant, active black holes in galactic centers. Although immensely powerful and visible across billions of light years, quasars are actually quite tiny, at least compared to an entire galaxy. Quasars span a few light years, and their inner areas casting out high-velocity winds compare roughly in size only to that of our solar system. It takes a beam of light about ten hours to cross that distance.

The galaxies that play host to quasars, in contrast, typically span tens of thousands of light years. Surprisingly, the activity in the compact quasar cores is thought to dramatically influence the evolution the surrounding galaxies, and have a significant impact on the properties of massive galaxies seen today.

A research team using data from NASA's Spitzer and Hubble Space telescopes have for the first time found a large sample of galaxies during a key early period of galactic evolution when quasars and their host galaxies begin to interact, but before the two have settled down after recent galactic smashups. 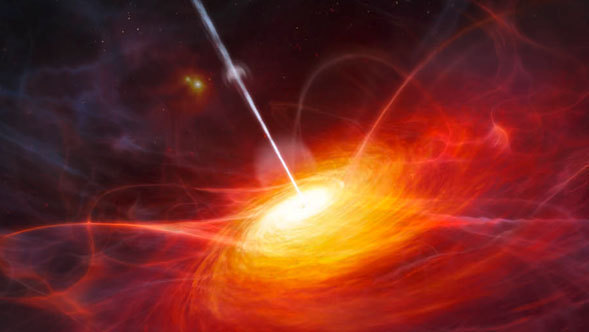 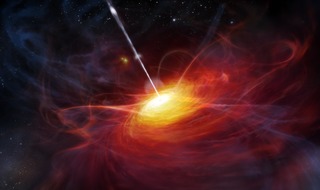 Artwork | sig12-010
An artists rendering of the most distant quasar