We have launched the new Spitzer website! Send feedback to outreach@ipac.caltech.edu. Find the old website at http://legacy.spitzer.caltech.edu.
NASA
Jet Propulsion Laboratory
California Institute of Technology
All That Remains of Exploded Star 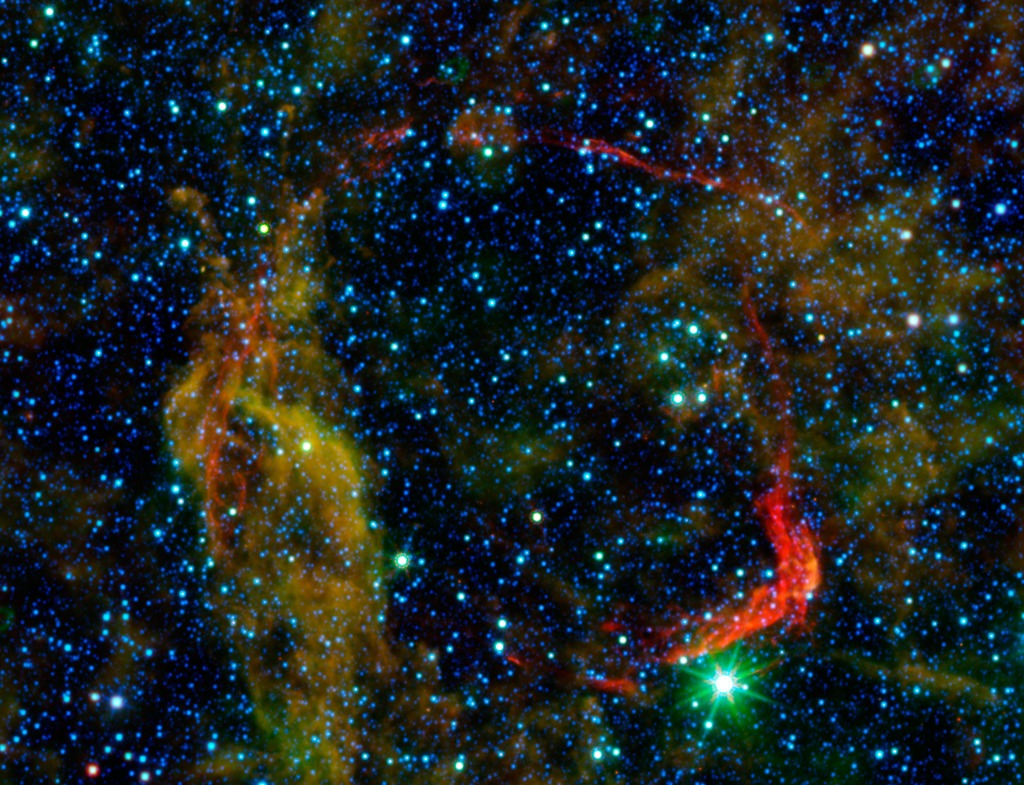 Infrared images from NASA's Spitzer Space Telescope and Wide-field Infrared Survey Explorer (WISE) are combined in this image of RCW 86, the dusty remains of the oldest documented example of an exploding star, or supernova. It shows light from both the remnant itself and unrelated background light from our Milky Way galaxy. The colors in the image allow astronomers to distinguish between the remnant and galactic background, and determine exactly which structures belong to the remnant.

Dust associated with the blast wave of the supernova appears red in this image, while dust in the background appears yellow and green. Stars in the field of view appear blue. By determining the temperature of the dust in the red circular shell of the supernova remnant, which marks the extent to which the blast wave from the supernova has traveled since the explosion, astronomers were able to determine the density of the material there, and conclude that RCW 86 must have exploded into a large, wind-blown cavity. The infrared images, when combined with optical and X-ray data, clearly indicate that the source of the mysterious object seen in the sky over 1,800 years ago must have been a Type Ia supernova.

The red channel includes data from both WISE at 22 microns (outer edges) and Spitzer at 24 microns (central region including remnant). Shorter wavelength infrared light from WISE at wavelengths of 3.4, 4.6, and 12 microns is represented in blue, cyan and green, respectively. 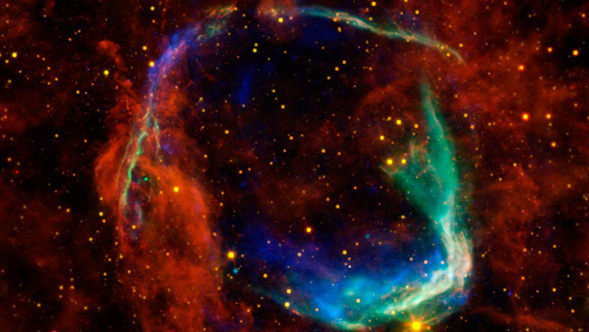 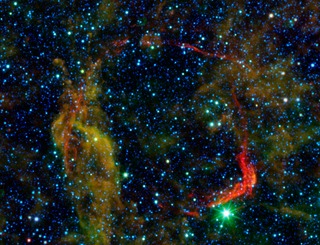 Observation | sig11-020
All That Remains of Exploded Star 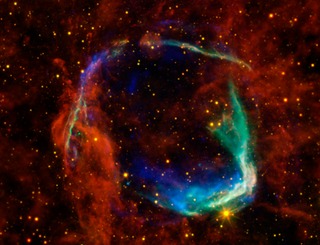