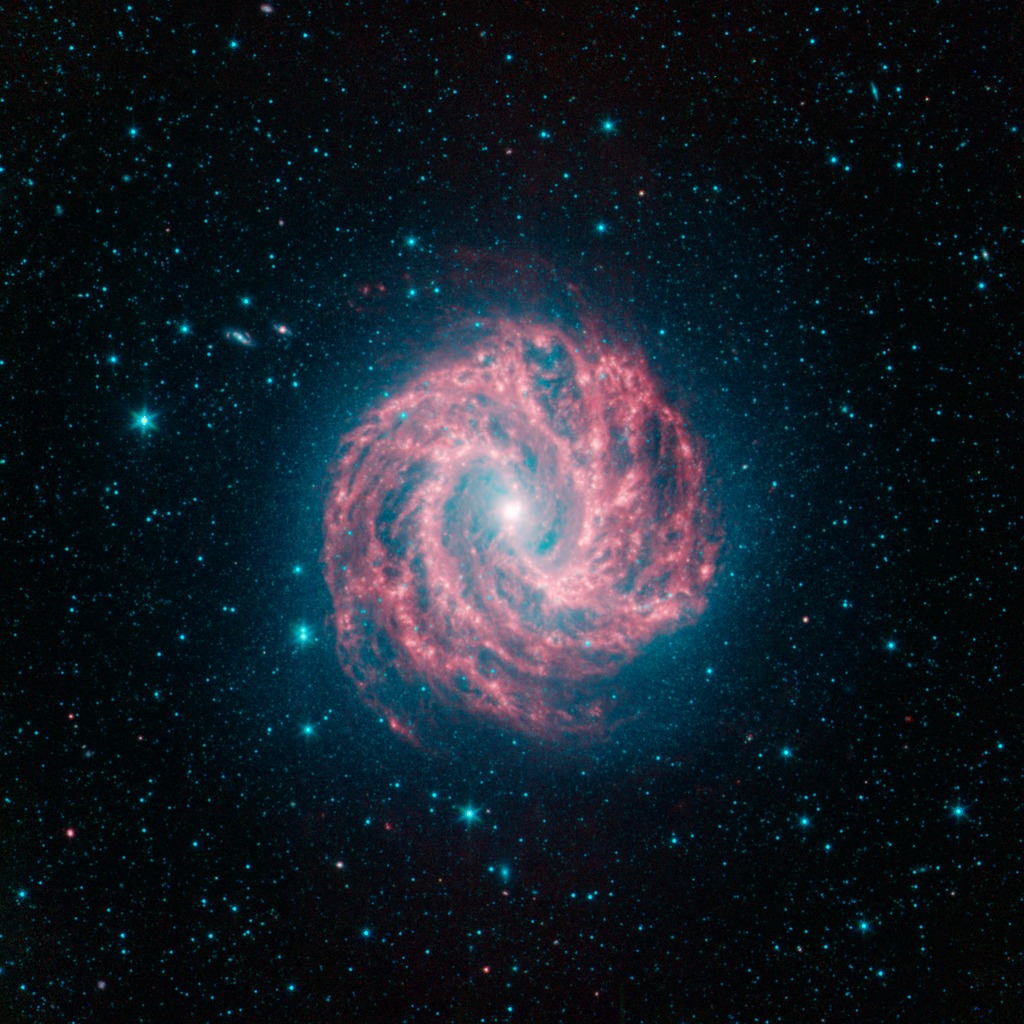 This spectacular spiral galaxy is known to astronomers as Messier 83. Colloquially, it is also called the Southern Pinwheel due to its similarity to the more northerly Pinwheel galaxy Messier 101. NASAs Spitzer Space Telescope shows us, in spectacular detail, the infrared structure of what many think of as our own Milky Way galaxys smaller cousin.

Living in the middle of the Milky Ways disk, we see our galaxy only from an obstructed vantage point that is both inside-out and edge-on. We see Messier 83 nearly face-on, giving us a chance to really map out its disk in great detail. This information helps astronomers figure out what our own galaxy would look like if we could warp out to a better vantage point.

Like the Milky Way, Messier 83 is classified as a barred spiral galaxy due to the bar-like pattern of stars that run through its center. This bar region is more interesting in the infrared since we can also see the open s shaped curve of dust (red) cutting through the more linear stellar bar (blue-cyan).

This arc of inner dust connects up with the more tightly wound spiral arms in the outer disk, seen here as bright green-red ridges. Between the main spiral arms we also see a complex webbing of dust that permeates the entire disk.

While Messier 83 is about 15 million light years away, it is actually one of the closest barred spiral galaxies in the sky. This gives astronomers an excellent chance to study a galaxy that, although half as big, seems very similar in structure to our own Milky Way galaxy.

Infrared light with wavelengths of 3.6 and 4.5 microns are displayed in blue and green showing primarily the glow from starlight. 8 micron light is rendered in red; the contribution from starlight at 8 microns was subtracted out from the data to better show the dust structures near the galaxys center. 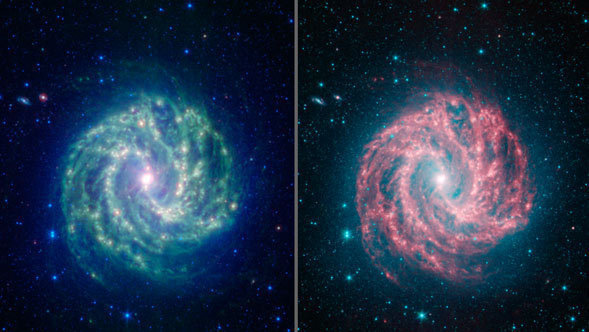 News Release | feature11-13
Doubling Up on the Southern Pinwheel Galaxy 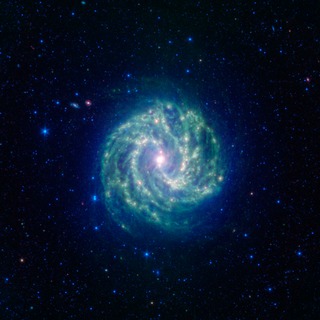 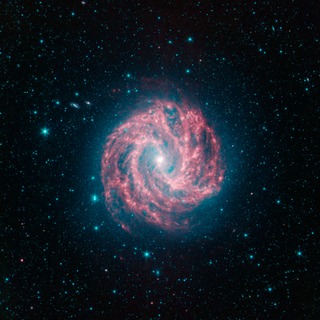