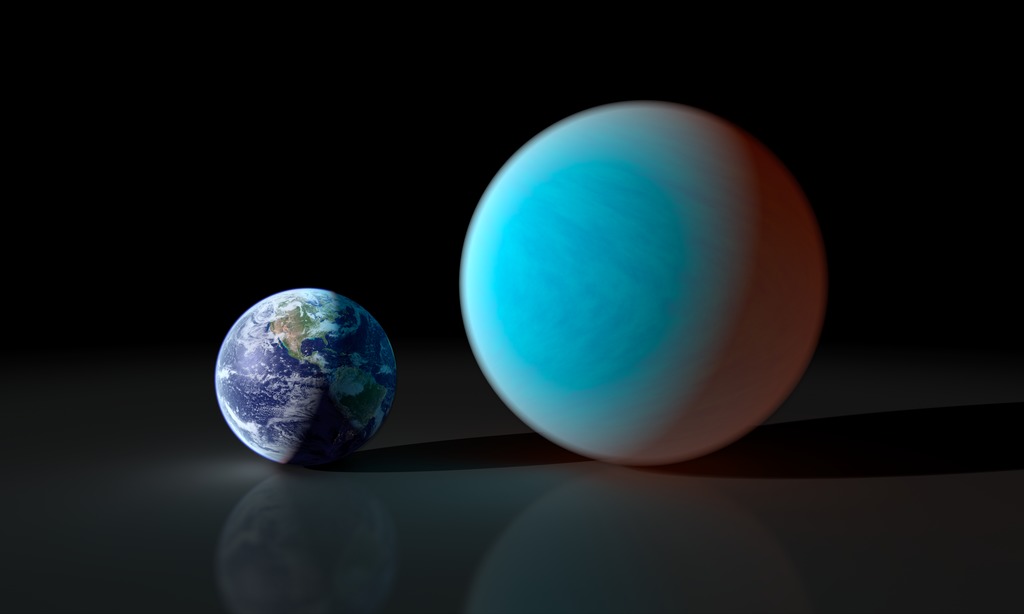 This artists concept contrasts our familiar Earth with the exceptionally strange planet known as 55 Cancri e. While it is only about twice the size of the Earth, NASA's Spitzer Space Telescope has gathered surprising new details about this supersized and superheated world.

Astronomers first discovered 55 Cancri e in 2004, and continued investigation of the exoplanet has shown it to be a truly bizarre place. The world revolves around its sun-like star in the shortest time period of all known exoplanets just 17 hours and 40 minutes. (In other words, a year on 55 Cancri e lasts less than 18 hours.) The exoplanet orbits about 26 times closer to its star than Mercury, the most Sun-kissed planet in our solar system. Such proximity means that 55 Cancri e's surface roasts at a minimum of 3,200 degrees Fahrenheit (1,760 degrees Celsius).

The new observations with Spitzer reveal 55 Cancri e to have a mass 7.8 times and a radius just over twice that of Earth. Those properties place 55 Cancri e in the "super-Earth" class of exoplanets, a few dozen of which have been found. However, what makes this world so remarkable is the resulting low density derived from these measurements.

The Spitzer results suggest that about a fifth of the planet's mass must be made of light elements and compounds, including water. In the intense heat of 55 Cancri e's terribly close sun, those light materials would exist in a "supercritical" state, between that of a liquid and a gas, and might sizzle out of the planet's surface.

Only a handful of known super-Earths, however, cross the face of their stars as viewed from our vantage point in the cosmos. At just 40 light years away, 55 Cancri e stands as the smallest transiting super-Earth in our stellar neighborhood. In fact, 55 Cancri is so bright and close that it can be seen with the naked eye on a clear, dark night. 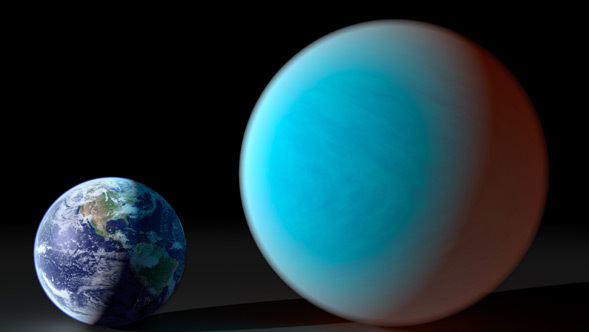 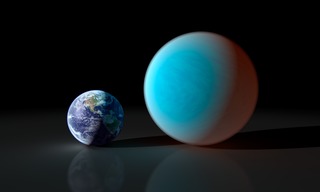