We have launched the new Spitzer website! Send feedback to outreach@ipac.caltech.edu. Find the old website at http://legacy.spitzer.caltech.edu.
NASA
Jet Propulsion Laboratory
California Institute of Technology
A Twisted Star-Forming Web in the Galaxy IC 342 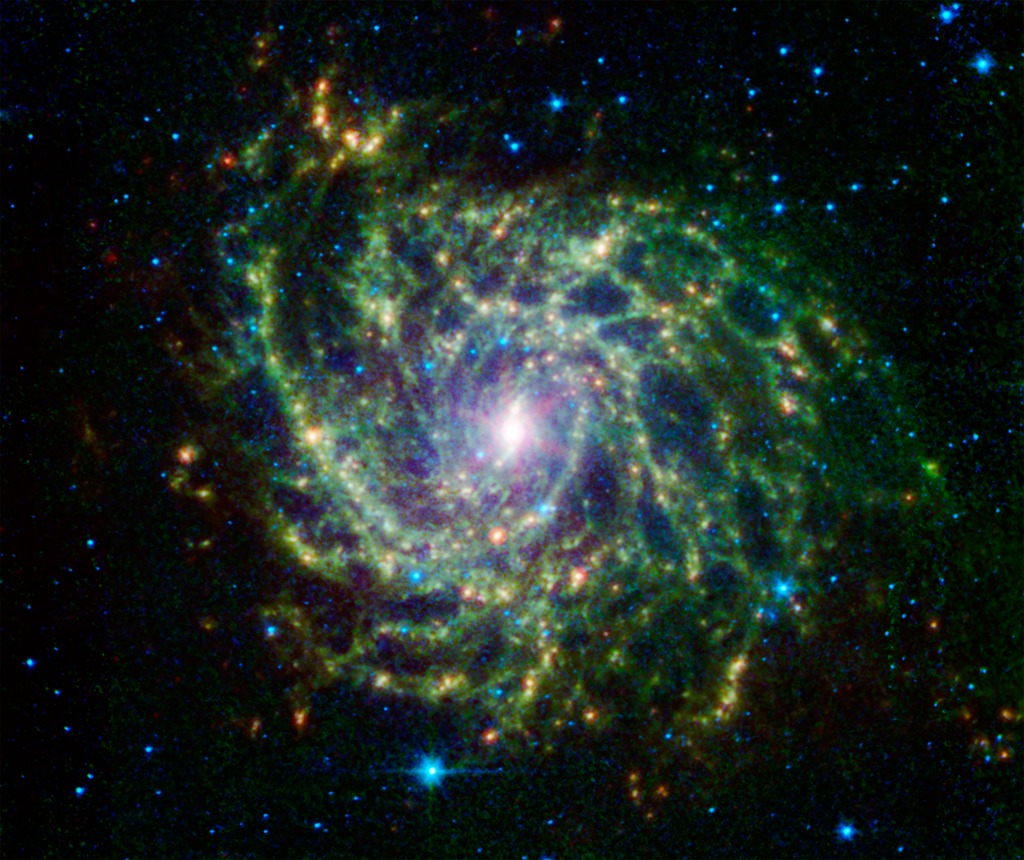 Looking like a spiders web swirled into a spiral, the galaxy IC 342 presents its delicate pattern of dust in this image from NASAs Spitzer Space Telescope. Seen in infrared light, the faint starlight gives way to the glowing bright patterns of dust found throughout the galaxys disk.

At a distance of about 10 million light-years, IC 342 is relatively close by galaxy standards, however our vantage point places it directly behind the disk of our own Milky Way. The intervening dust makes it difficult to see in visible light, but infrared light penetrates this veil easily. It belongs to the same group as its even more obscured galaxy neighbor, Maffei 2.

IC 342 is nearly face-on to our view giving a clear, top-down view of the structure of its disk. It has a low surface brightness compared to other spirals, indicating a lower density of stars (seen here in blue). Its dust structures show up much more vividly (yellow-green).

New stars are forming in the disk at a healthy clip. Glowing like gems trapped in the web, regions of heavy star formation appear as yellow-red dots due to the glow of warm dust. The very center glows especially brightly in the infrared, highlighting an enormous burst of star formation occurring in this tiny region. To either side of the center, a small bar of dust and gas is helping to fuel this central star formation.

Data from Spitzers infrared array camera (IRAC) are shown in blue (3.6 and 4.5 microns) and green (5.8 and 8.0 microns) while the multiband imaging photometer (MIPS) observation is red (24 microns). 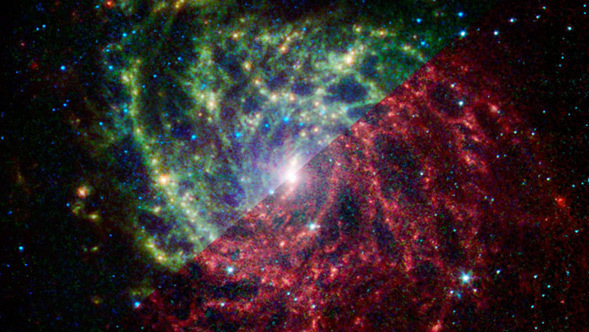 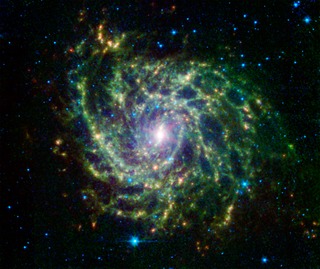 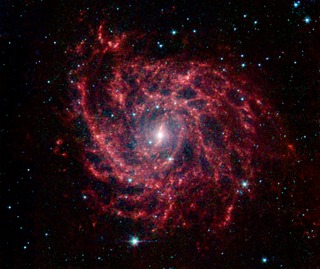