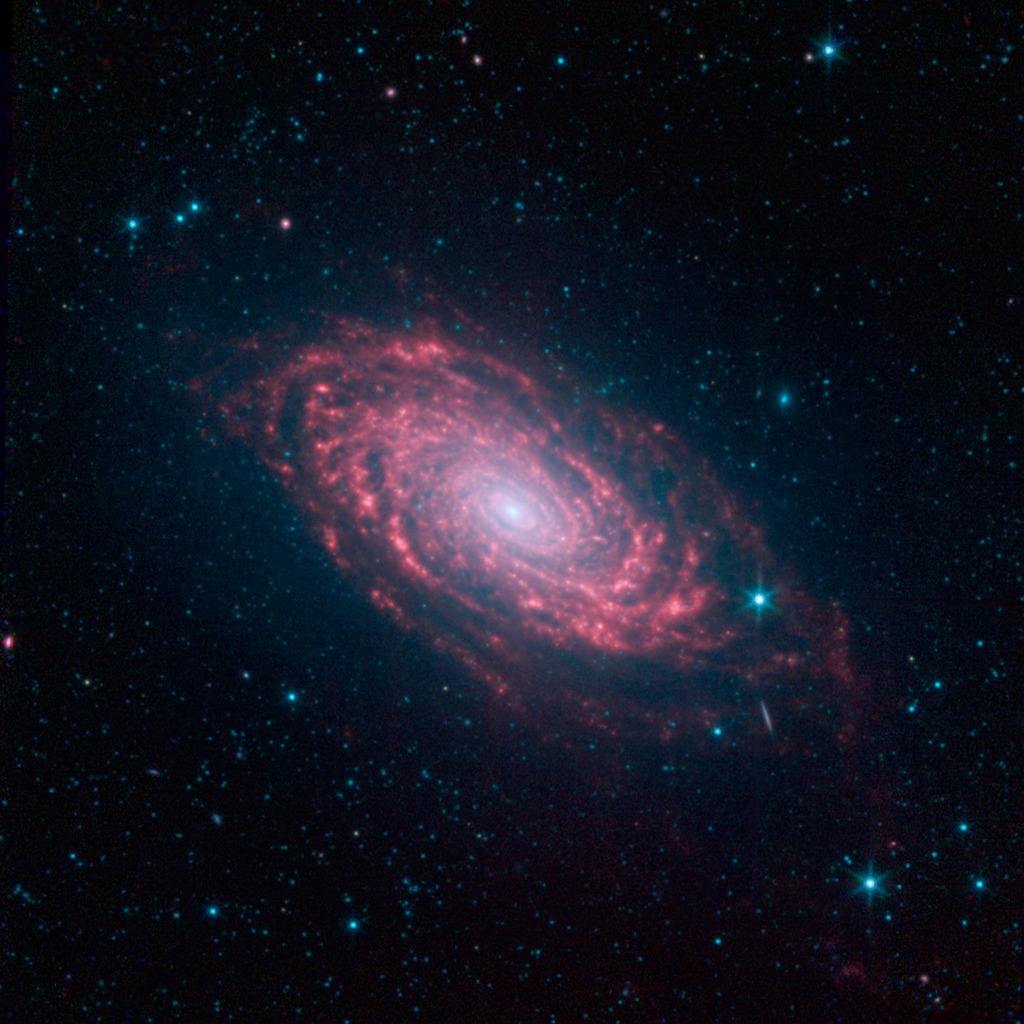 Messier 63 is 37 million light years away -- not far from the well-known Whirlpool galaxy and the associated Messier 51 group of galaxies.

The dust, glowing red in this image, can be traced all the way down into the galaxy's nucleus, forming a ring around the densest region of stars at its center. The dusty patches are where news stars are being born.

The short diagonal line seen on the lower right side of the galaxy's disk is actually a much more distant galaxy, oriented with its edge facing toward us.

Blue shows infrared light with wavelengths of 3.6 microns, green represents 4.5-micron light and red, 8.0-micron light. The contribution from starlight measured at 3.6 microns has been subtracted from the 8.0-micron image to enhance the visibility of the dust features. 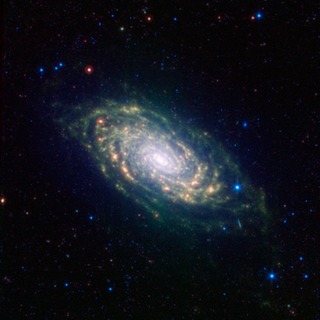 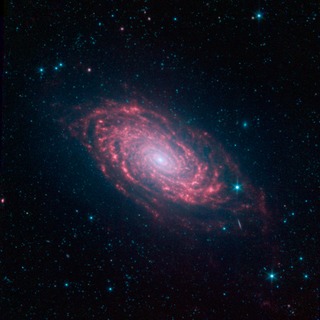