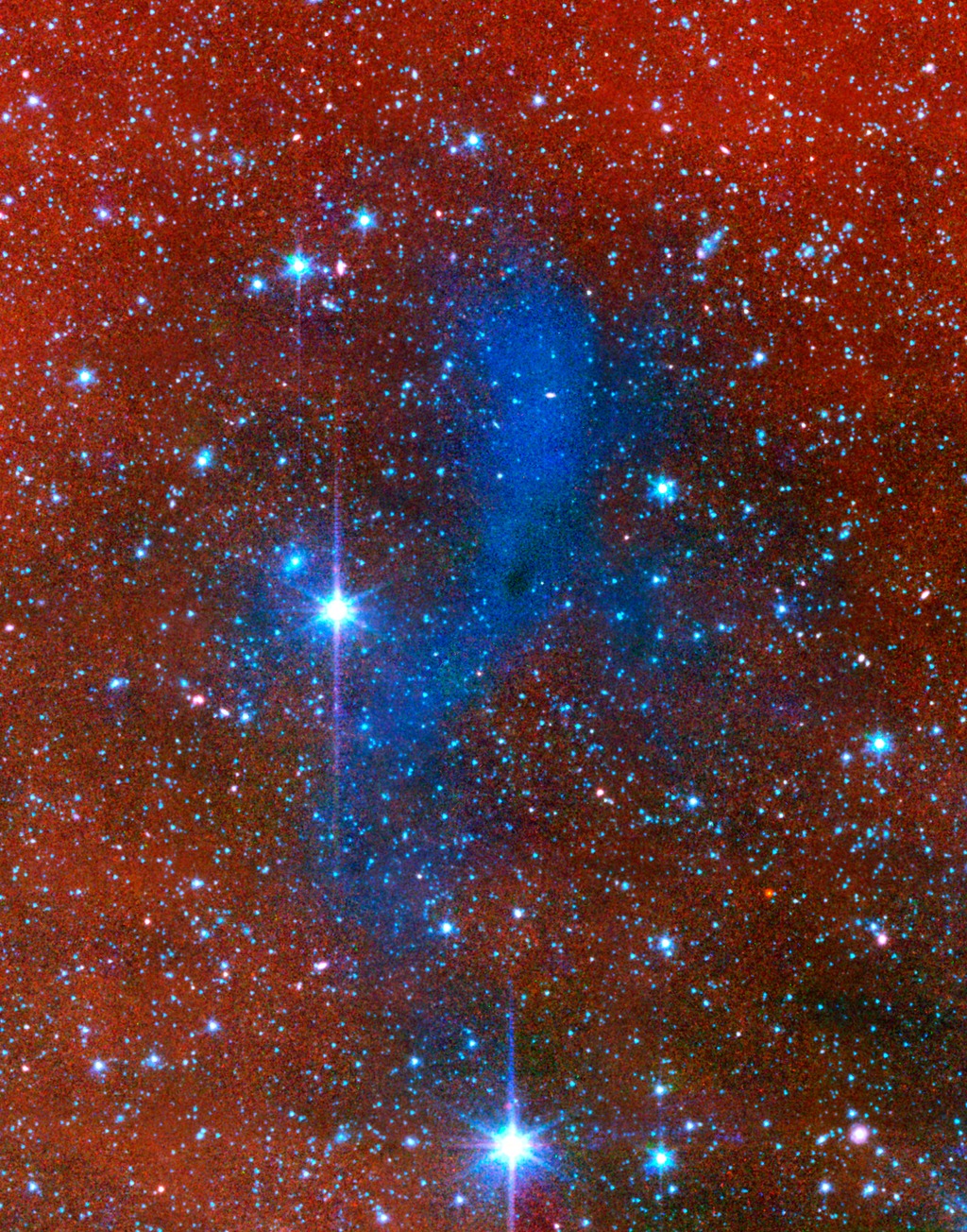 This image is combination of infrared light from 8 microns and 3.6 microns. The core lights up because it is deflecting starlight from nearby stars. This unexpected light, called coreshine, tells astronomers that the dust making up the core must be bigger than previously thought -- smaller particles would not have been big enough to scatter the light. 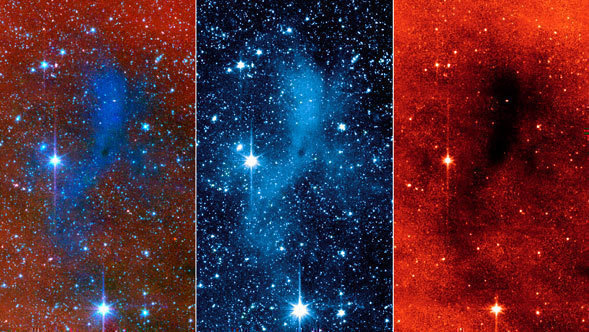