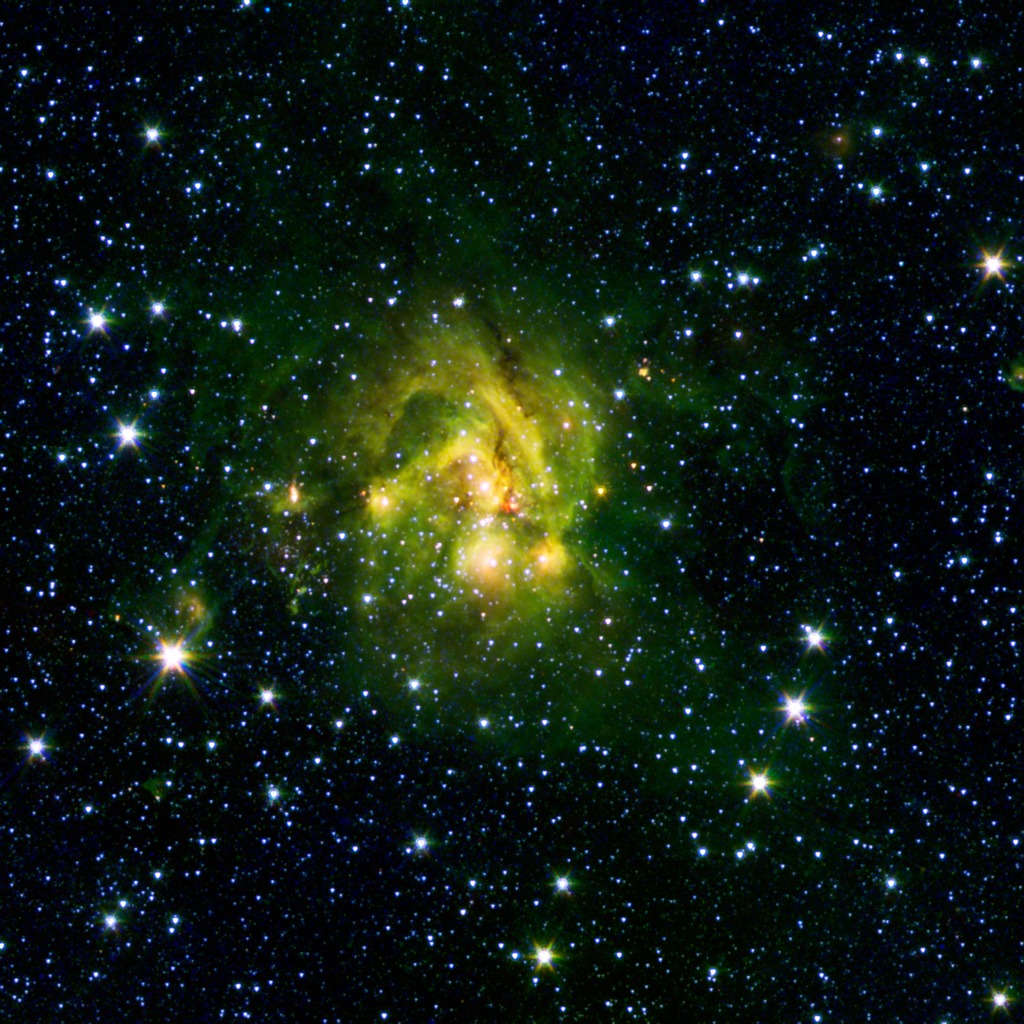 This image shows an outflow of gas from a new star as it jets from a space object dubbed IRAS 21078+5211, among other designations. The reddish blob in its center, as picked up by Spitzer's 4.5 micron infrared band, contrasts nicely with the green PAHs that surround it. These telltale outflow features of young, hulking stars show up well even without the longer wavelengths available to the original GLIMPSE survey that ran during the "cold" segment of Spitzer's mission. These so-called shocked outflows ram into the hydrogen gas around them and make it glow - a bright beacon in the lonely outskirts of the Milky Way. 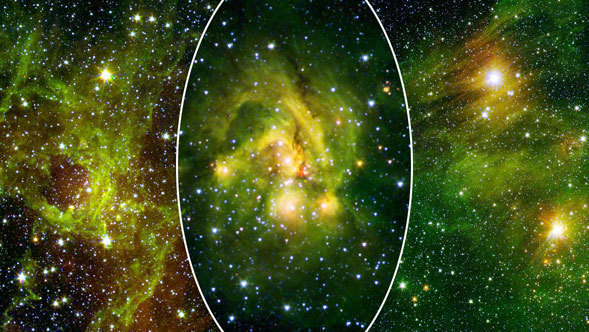 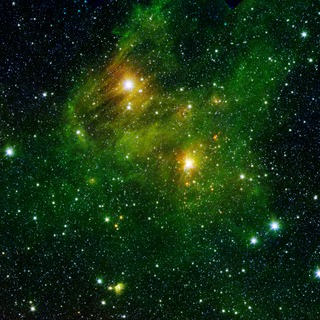 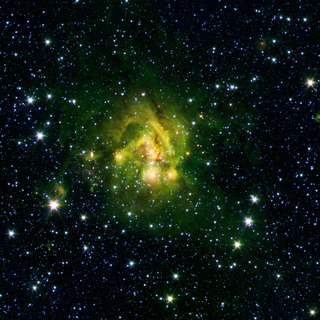 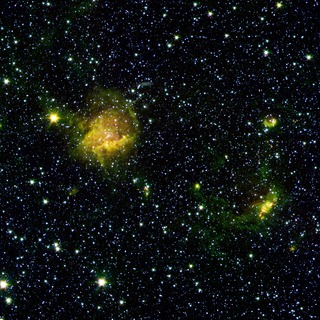 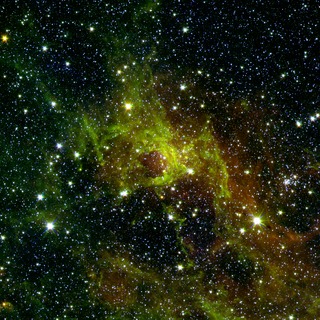