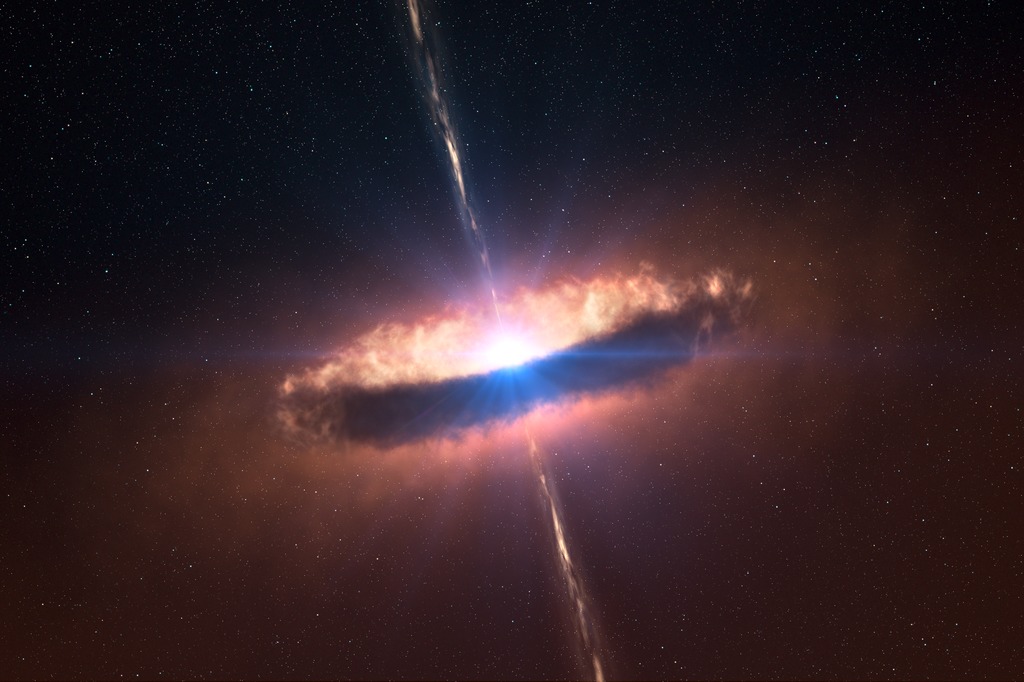 Astronomers have obtained the first clear look at a dusty disk closely encircling a massive baby star, providing direct evidence that massive stars do form in the same way as their smaller brethren - and closing an enduring debate. This artist's concept shows what such a massive disk might look like.

The flared disk extends to about 130 times the Earth-sun distance, and has a mass similar to that of the star, roughly twenty times the sun. The inner parts of the disk are shown to be devoid of dust. 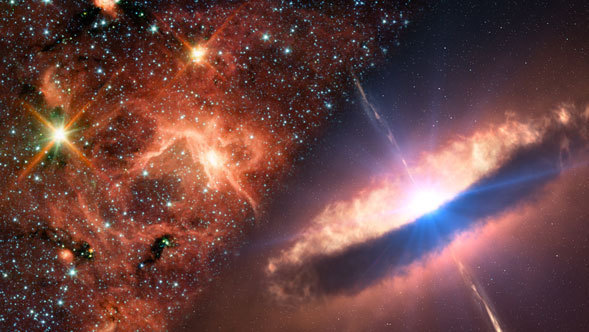 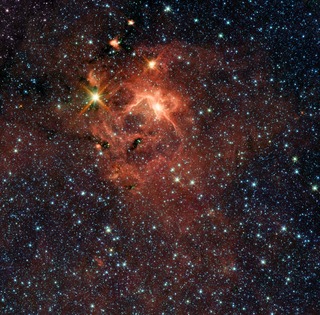 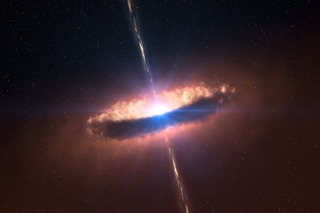