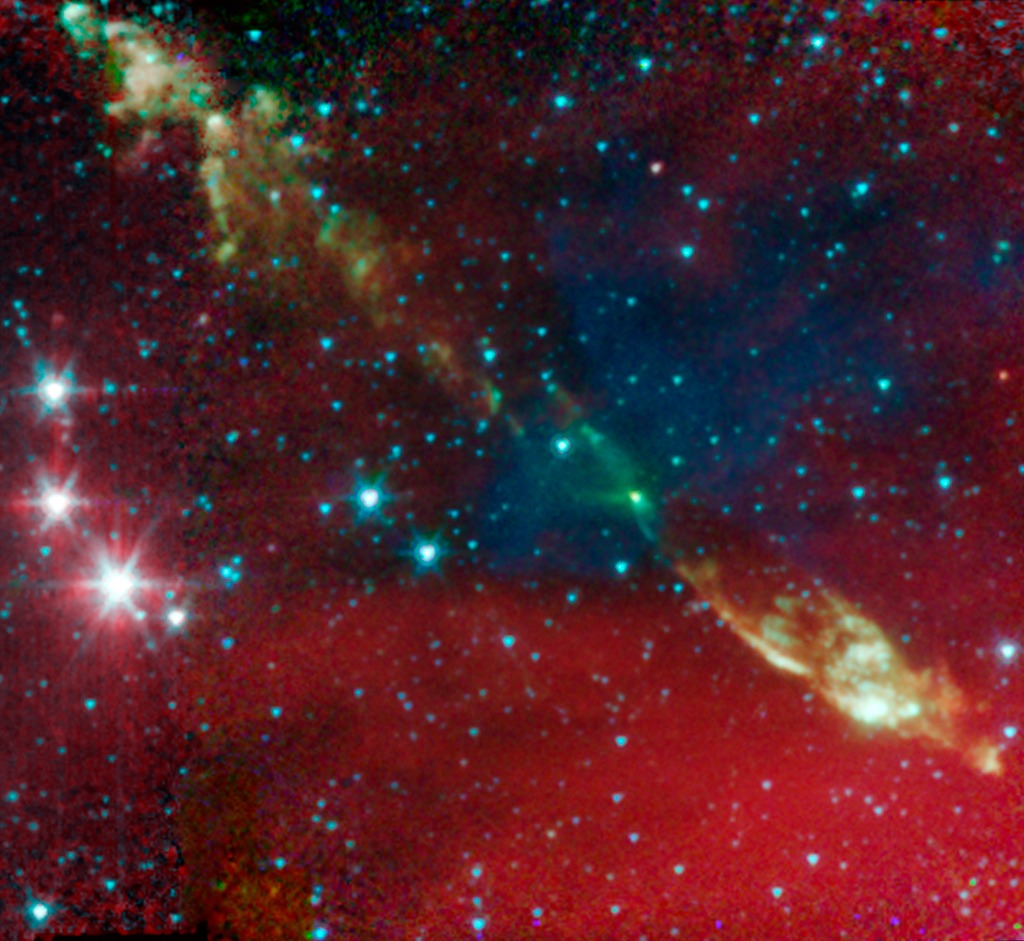 A young protostar and its signature outflow peeks out through a shroud of dust in this infrared image from NASA's Spitzer Space Telescope.

Stars are known to form from collapsing clumps of gas and dust, or envelopes, seen here around a forming star system as a dark blob, or shadow, against a dusty background. The greenish color shows jets coming away from the young star within. The envelope is roughly 100 times the size of our solar system.

This star system is known to have already formed twin, or binary stars (Spitzer can see the envelope but not the stars themselves). Astronomers believe that the irregular shape of the envelope, revealed in detail by Spitzer, might have triggered the binary star to form. 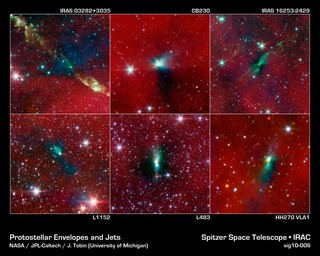 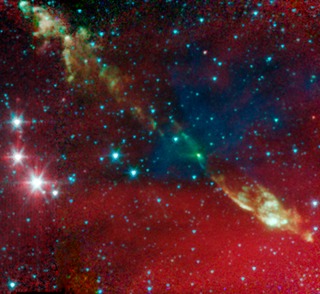 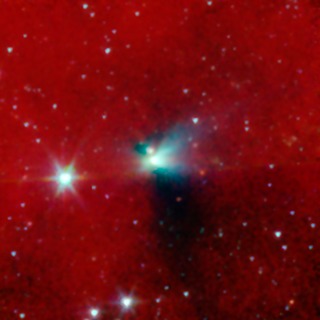 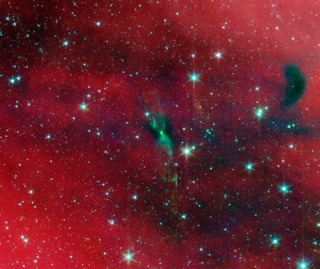 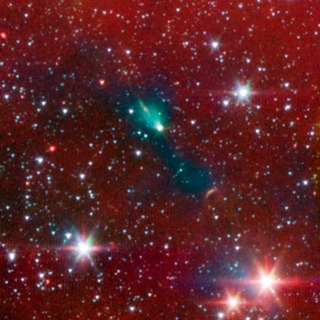 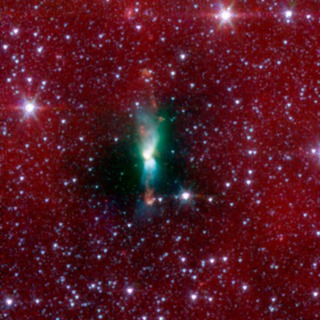 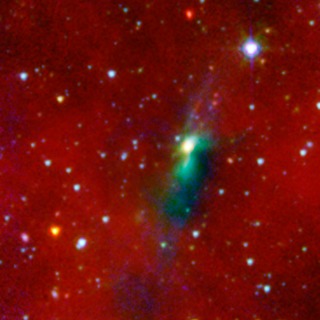