We have launched the new Spitzer website! Send feedback to outreach@ipac.caltech.edu. Find the old website at http://legacy.spitzer.caltech.edu.
NASA
Jet Propulsion Laboratory
California Institute of Technology
We are Stardust 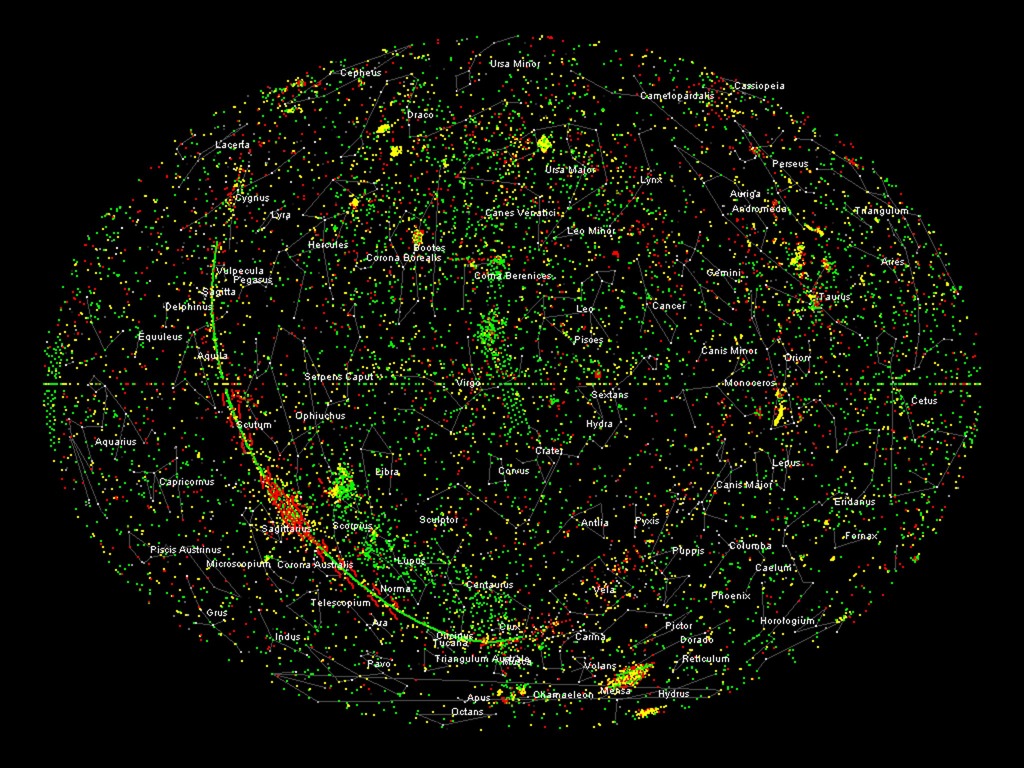 Artwork inspired by NASA's Spitzer Space Telescope is making an appearance at this year's Winter Olympics in Vancouver, British Columbia. No, it's not battling other telescopes for the "gold," but its observations are now on display as part of the Vancouver 2010 Cultural Olympiad Festival.

The Spitzer art project, called "We are Stardust," was created by George Legrady, a professor at the University of California, Santa Barbara. The two-screen installation maps the sequence of 36,034 observations made by the space telescope from 2003 to 2008. Spitzer sees infrared light from the cosmos, capturing images of everything from comets in our solar system to galaxies billions of light-years away. 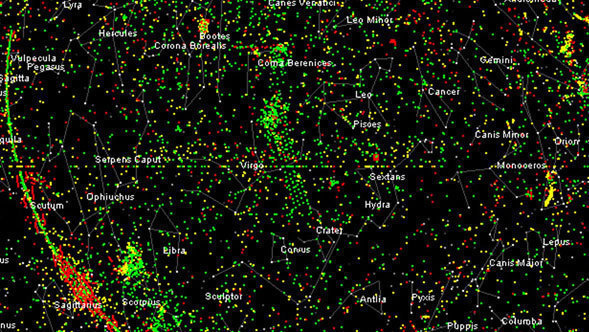 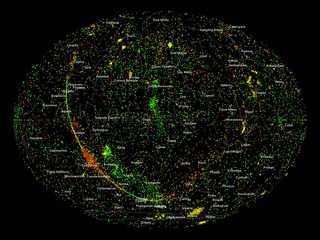