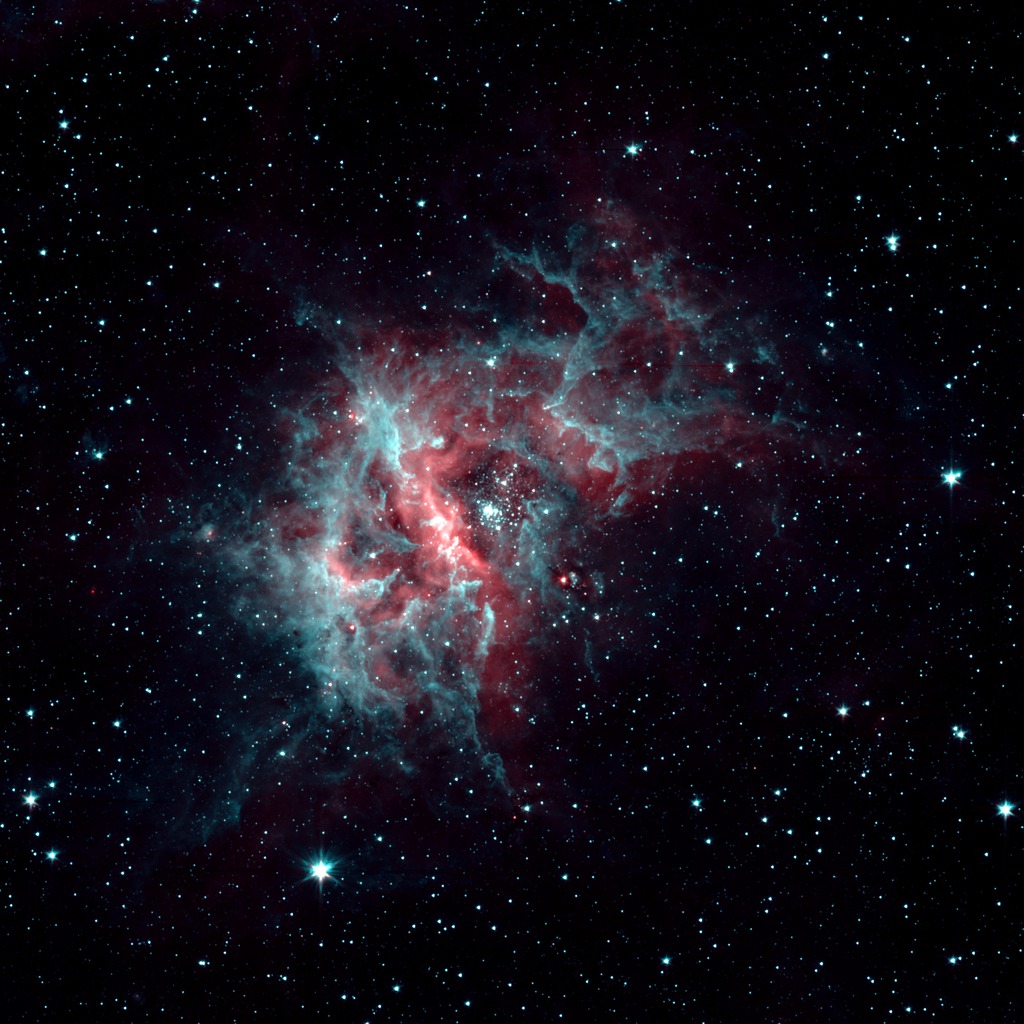 This image of prolific star-forming region RCW 49 exposes breathtaking detail of this dark and dusty region, which is home to more than 2,200 stars. Shown here in two channels, 3.6 microns mapped as cyan and 4.5 microns mapped as red, dusty organic molecules called polycyclic aromatic hydrocarbons (PAHs) glow in the warmth of the starlight. At 4.5 microns, hot hydrogen gas glows very brightly, much like a neon light glowing in visible light, and can be prominently seen in the image. 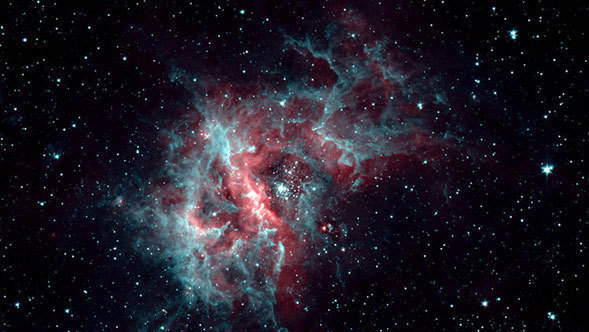 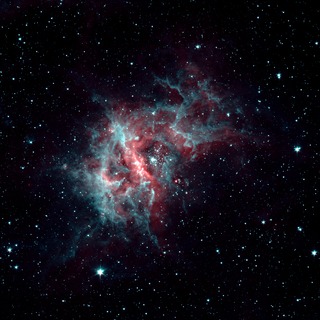 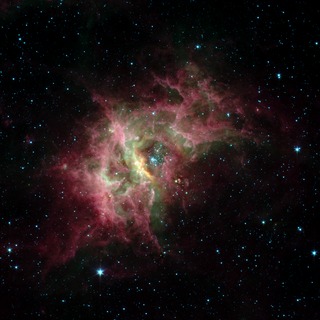