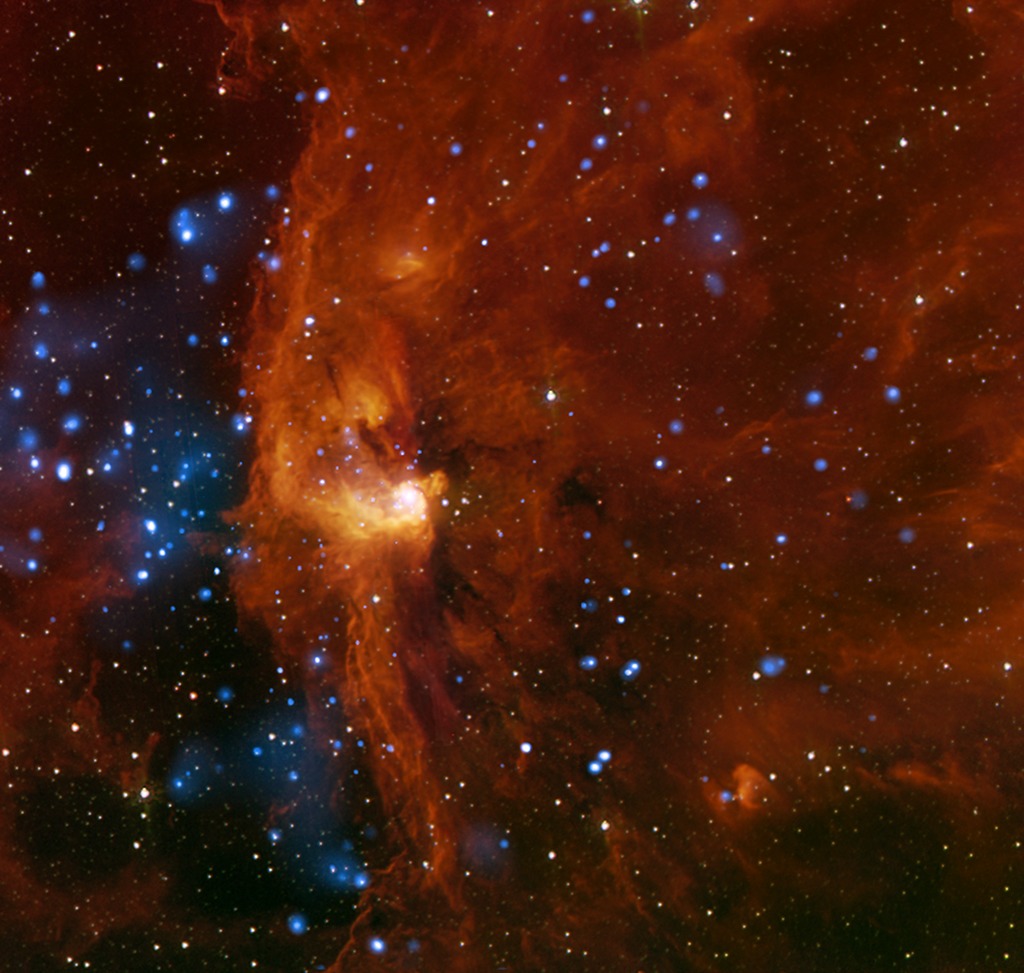 RCW 108 is a region where stars are actively forming within the Milky Way galaxy about 4,000 light years from Earth. This is a complicated region that contains young star clusters, including one that is deeply embedded in a cloud of molecular hydrogen. By using data from different telescopes, astronomers determined that star birth in this region is being triggered by the effect of nearby, massive young stars.

This image is a composite of X-ray data from NASA's Chandra X-ray Observatory (blue) and infrared emission detected by NASA's Spitzer Space Telescope (red and orange). More than 400 X-ray sources were identified in Chandra's observations of RCW 108. About 90 percent of these X-ray sources are thought to be part of the cluster and not stars that lie in the field-of-view either behind or in front of it. Many of the stars in RCW 108 are experiencing the violent flaring seen in other young star-forming regions such as the Orion nebula. Gas and dust blocks much of the X-rays from the juvenile stars located in the center of the image, explaining the relative dearth of Chandra sources in this part of the image.

The Spitzer data show the location of the embedded star cluster, which appears as the bright knot of red and orange just to the left of the center of the image. Some stars from a larger cluster, known as NGC 6193, are also visible on the left side of the image. Astronomers think that the dense clouds within RCW 108 are in the process of being destroyed by intense radiation emanating from hot and massive stars in NGC 6193.

Taken together, the Chandra and Spitzer data indicate that there are more massive star candidates than expected in several areas of this image. This suggests that pockets within RCW 108 underwent localized episodes of star formation. Scientists predict that this type of star formation is triggered by the effects of radiation from bright, massive stars such as those in NGC 6193. This radiation may cause the interior of gas clouds in RCW 108 to be compressed, leading to gravitational collapse and the formation of new stars. 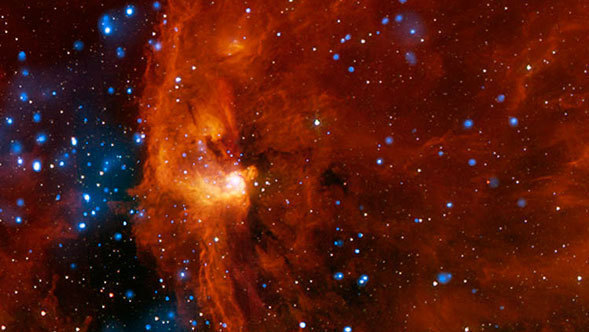 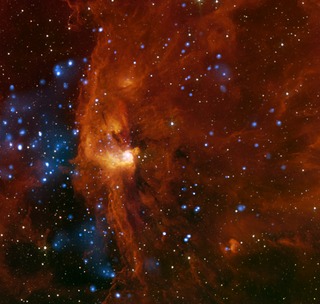