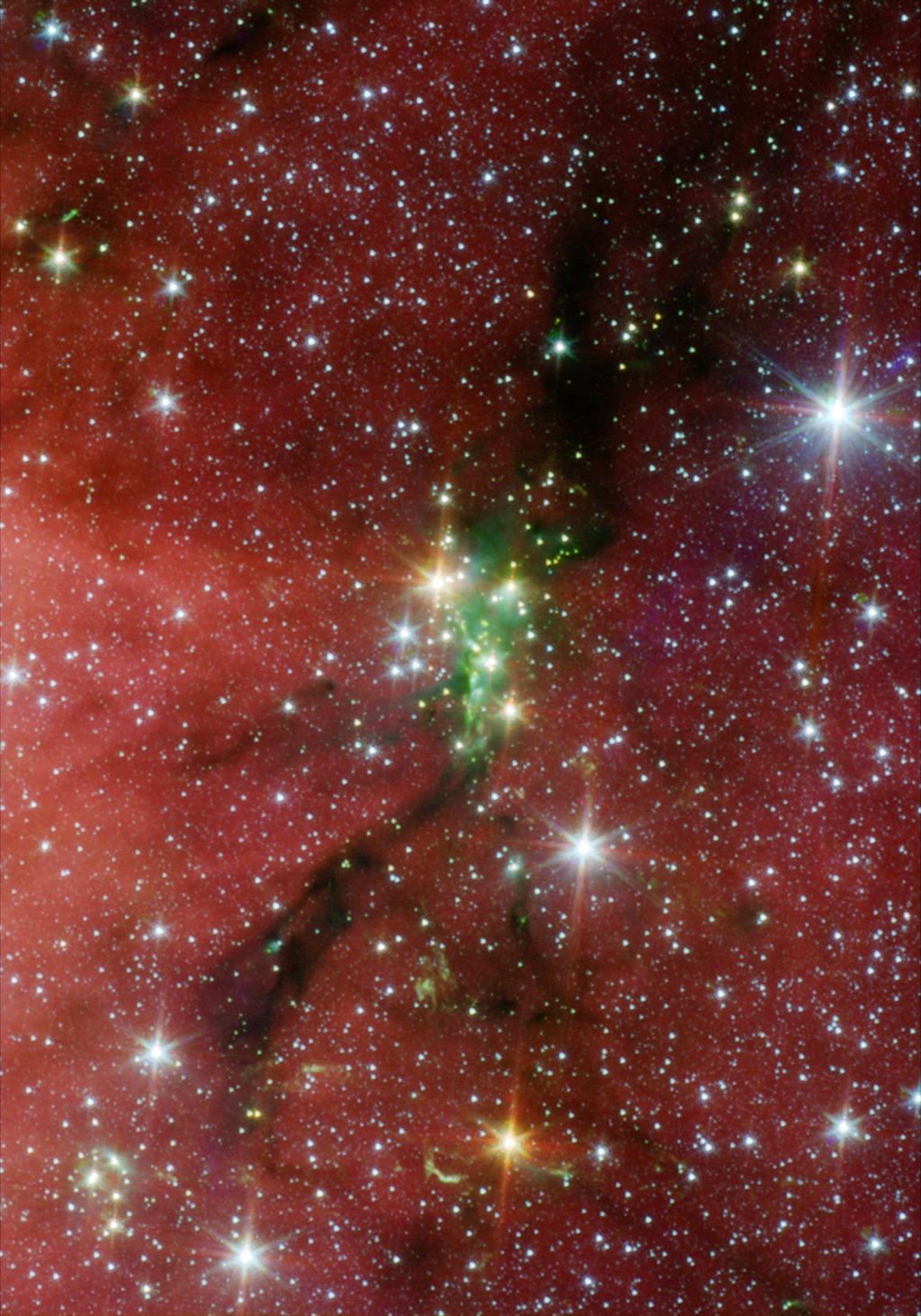 Human families may be bonded by blood, but stellar families are united by gravity. A family of stars, or star cluster, can contain hundreds or thousands of members. In this image, NASA's Spitzer Space Telescope spots the Serpens South star cluster, which consists of a relatively dense group of 50 young stars -- 35 of which are protostars, or stellar infants, that are just beginning to form.

Stellar members of Serpens South star cluster can be seen as the green, yellow, and orange tinted specks sitting atop the black dust lane running down the center of the image. Like raindrops, stars form when thick patches of cosmic clouds condense.

Tints of green in the image represent hot hydrogen gas excited when high-speed jets of gas ejected by infant stars collide with the cool gas in the surrounding cloud.

Wisps of red in the background are organic molecules called polycyclic aromatic hydrocarbons (PAHs), which are being excited by stellar radiation from a neighboring star-forming region located to the east of this image, called W40. On Earth PAHs are found on charred barbeque grills and in the sooty automobile exhaust.

This Spitzer picture is composed of three images taken with the telescope's Infrared Array Camera (IRAC) at 3.6 (blue), 4.5 (green), and 5.8 (red) microns. 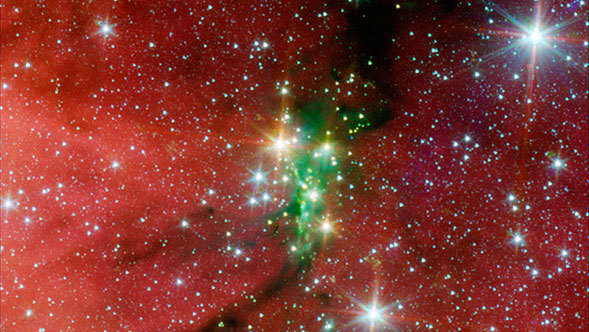 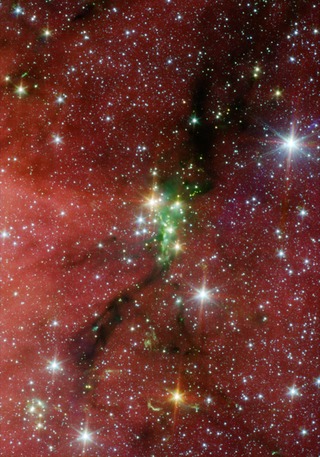