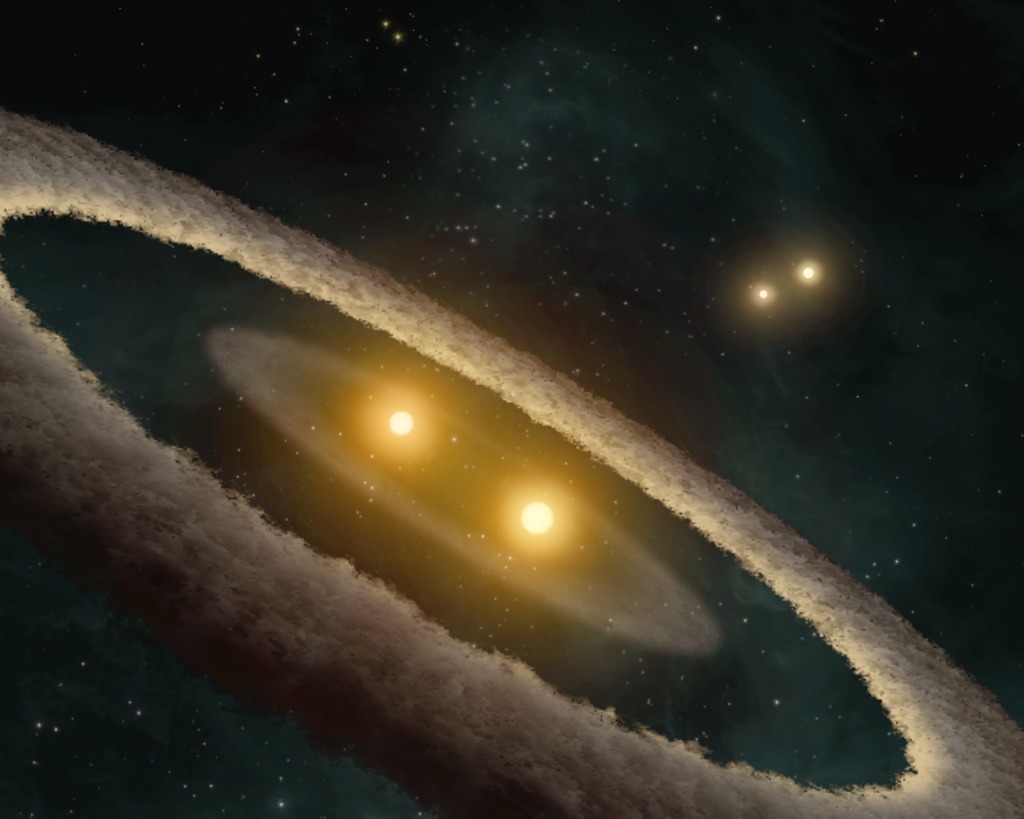 This artist's concept depicts a quadruple-star system called HD 98800. The system is approximately 10 million years old, and is located 150 light-years away in the constellation Crater.

HD98800 is included in the TW Hydrae association, a group of approximately twenty very young stars located only 160 light years from Earth. HD 98800 contains four stars, which are paired off into doublets, or binaries. The stars in the binary pairs orbit around each other, and the two pairs also circle each other like choreographed ballerinas. One of the stellar pairs, called HD 98800B, has a disk of dust around it, while the other pair does not.

Although the four stars are gravitationally bound, the distance separating the two binary pairs is about 50 astronomical units (AU) -- slightly more than the average distance between our sun and Pluto.

Using NASA's Spitzer Space Telescope, scientists finally have a detailed view of HD 98800B's potential planet-forming disk. Astronomers used the telescope's infrared spectrometer to detect the presence of two belts in the disk made of large dust grains. One belt sits approximately 5.9 AU away from the central binary, or about the distance from the sun to Jupiter, and is likely made up of asteroids and comets. The other belt sits at 1.5 to 2 AU, comparable to the area where Mars and the asteroid belt sit, and consists of fine dust grains. 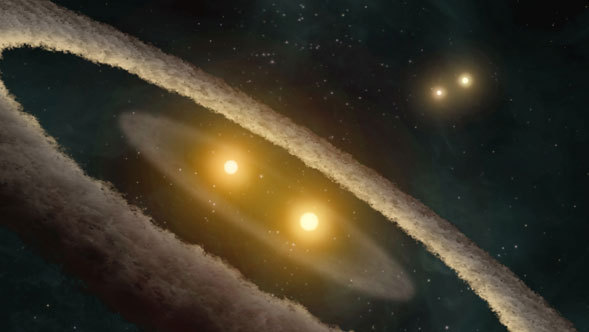 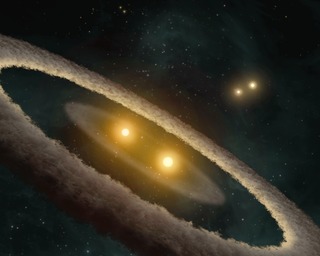