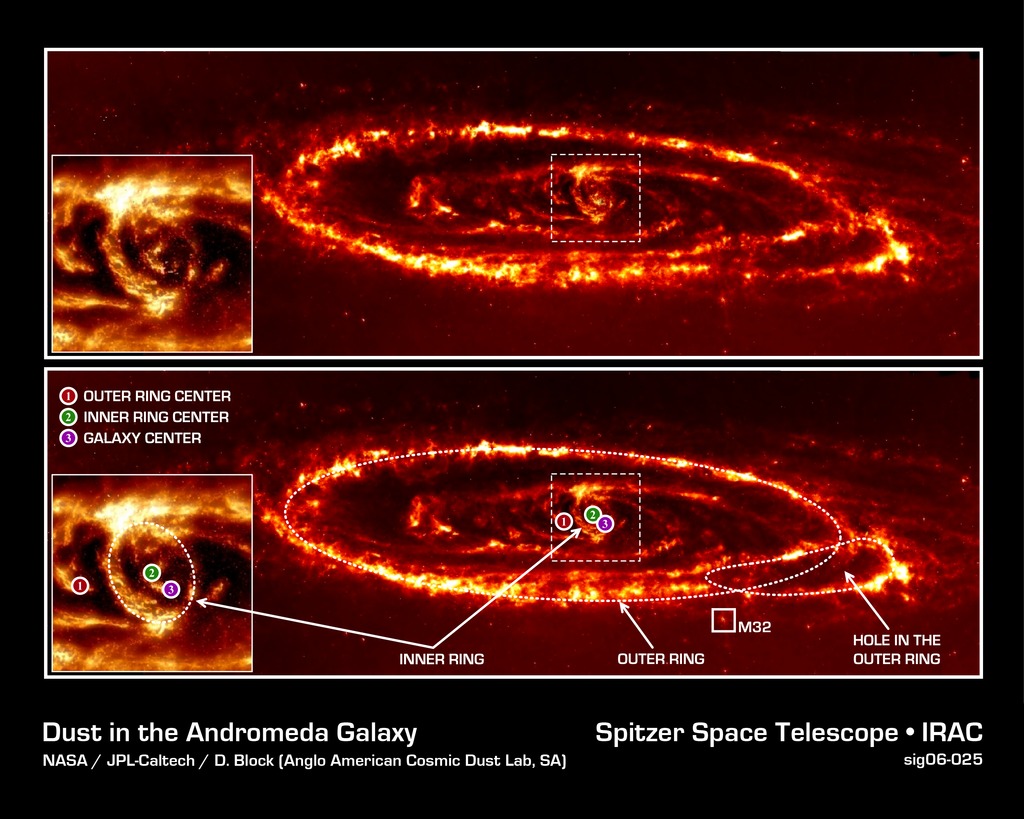 Astronomers have new evidence that the Andromeda spiral galaxy was involved in a violent head-on collision with the neighboring dwarf galaxy Messier 32 (M32) more than 200 million years ago. Infrared photographs taken with NASA's Spitzer Space Telescope revealed a never-before-seen dust ring deep within the Andromeda galaxy. When combined with a previously observed outer ring, the presence of both dust rings suggests that M32 plunged through the disk of Andromeda along Andromeda's polar axis approximately 210 million years ago.

This image was obtained by the Infrared Array Camera (IRAC) at a wavelength of 8.0 microns. 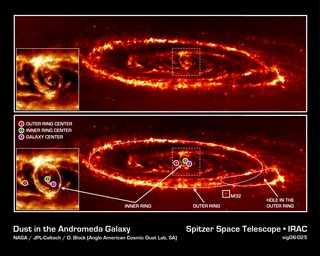