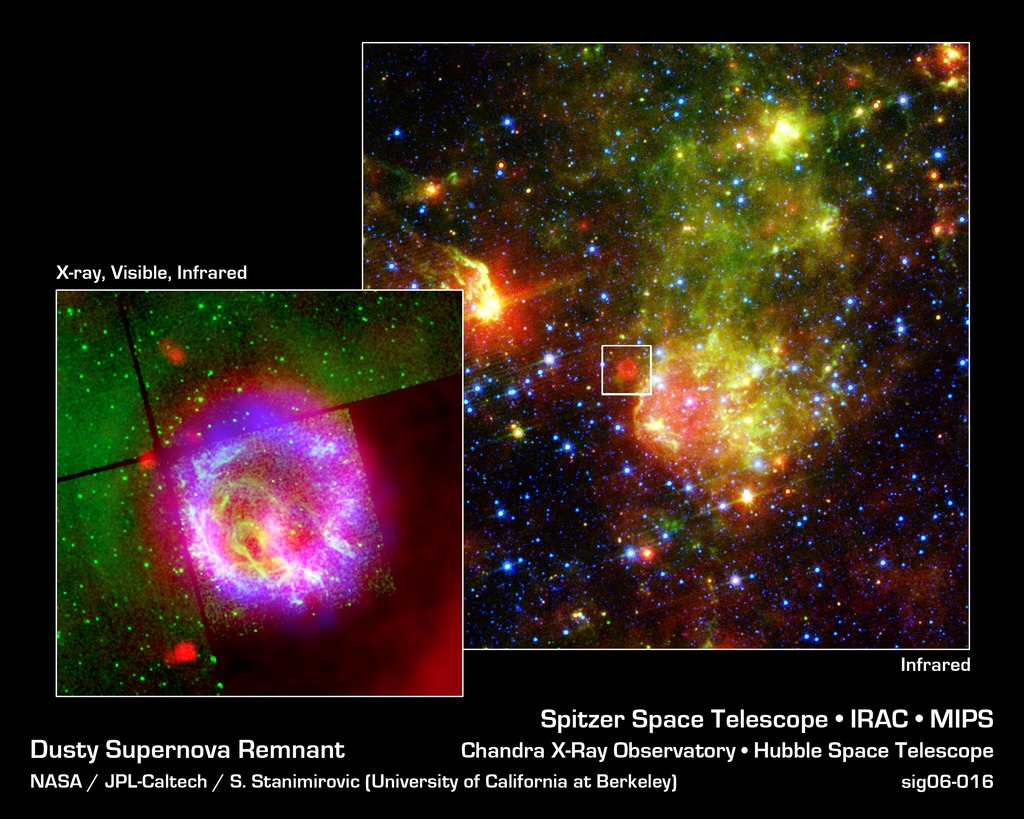 The supernova remnant 1E0102.2-7219 (inset) sits next to the nebula N76 in a bright, star-forming region of the Small Magellanic Cloud, a satellite galaxy to our Milky Way galaxy located about 200,000 light-years from Earth. A supernova remnant is made up of the messy bits and pieces of a massive star that exploded, or went supernova. The image on the right shows glowing dust grains in three wavelengths of infrared radiation: 24 microns (red) measured by the multiband imaging photometer aboard NASA's Spitzer Space Telescope; and 8.0 microns (green) and 3.6 microns (blue) measured by Spitzer's infrared array camera. The red bubble is a dust envelope around the supernova remnant E0102, which is being heated by the shock wave created in the explosion of the remnant's massive progenitor star some 1,000 years ago. Most of the blue stars are in the Small Magellanic Cloud, though some are in our own galaxy.

The close-up of E0102 on the left is a composite of the infrared observations by Spitzer (red), an optical image (0.5 microns) captured by NASA's Hubble Space Telescope (green), and X-ray measurements by NASA's Chandra X-ray Observatory (blue). The X-ray ring is generated when the reverse shock slams into stellar material that was expelled during the explosion. 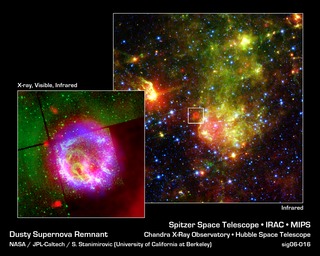 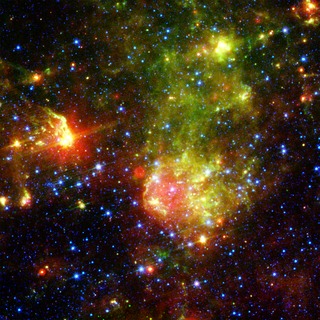 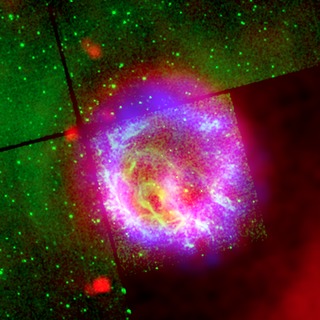