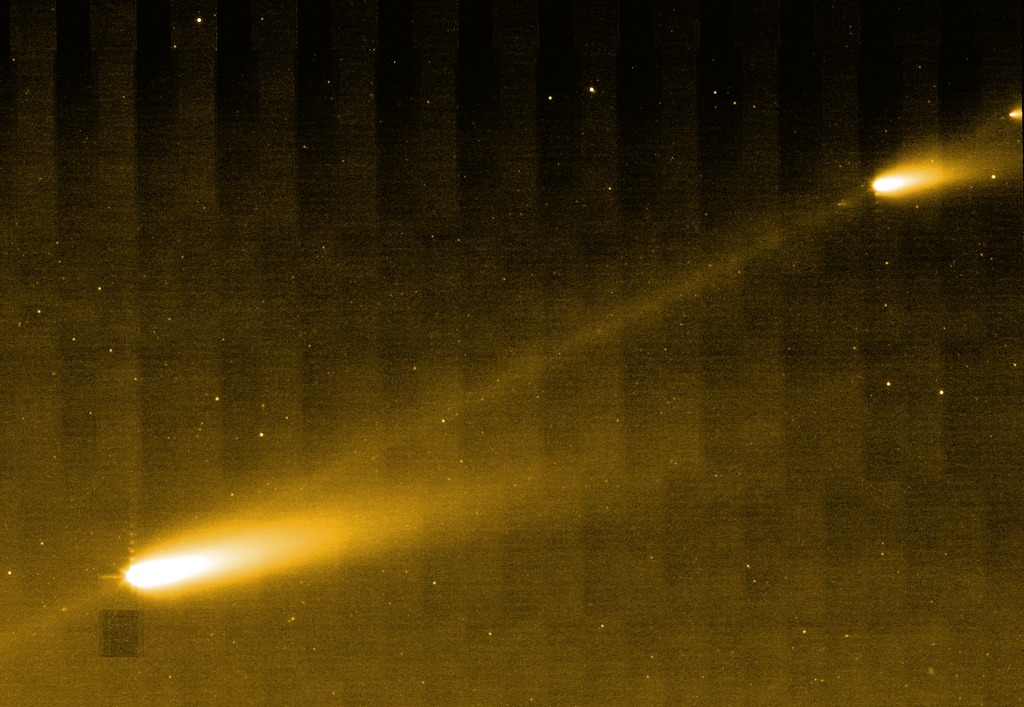 This image from NASA's Spitzer Space Telescope shows three of the many fragments making up Comet 73P/Schwassman-Wachmann 3. The infrared picture also provides the best look yet at the crumbling comet's trail of debris, seen here as a bridge connecting the larger fragments.

The comet circles around our sun every 5.4 years. In 1995, it splintered apart into four pieces, labeled A through D, with C being the biggest. Since then, the comet has continued to fracture into dozens of additional pieces. This image is centered about midway between fragments C and B; fragment G can be seen in the upper right corner.

The comet's trail is made of dust, pebbles and rocks left in the comet's wake during its numerous journeys around the sun. Such debris can become the stuff of spectacular meteor showers on Earth.

This image was taken on April 1, 2006, by Spitzer's multi-band imaging photometer using the 24-micron wavelength channel. 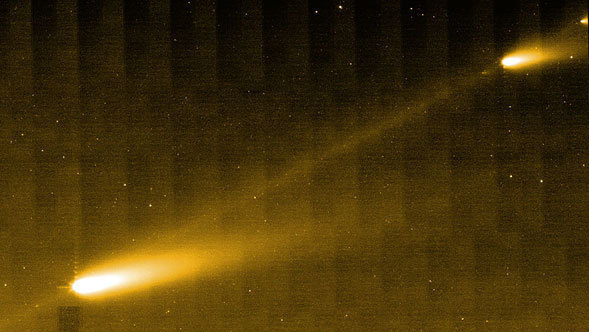 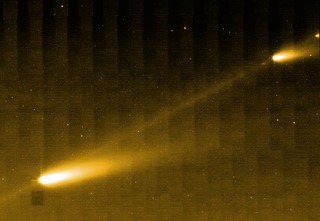