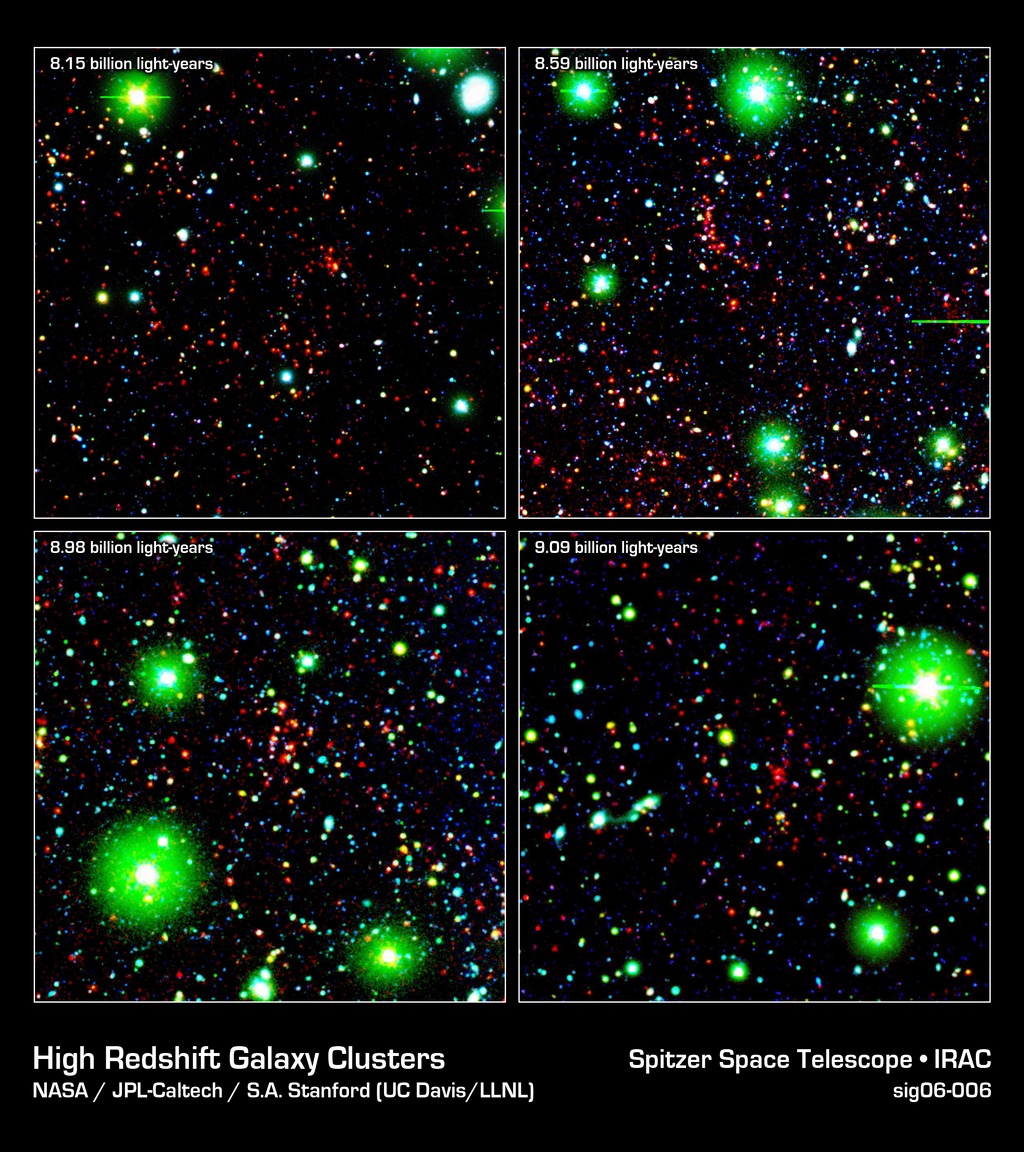 Collectively, these great galactic buddies are called galaxy clusters. A typical galaxy cluster can contain hundreds of galaxies and trillions of stars.

In this composite, some of the oldest galaxy clusters in the universe pose for Spitzer's Infrared Array Camera. The individual galaxies that make up the distant clusters are shown as red dots in all four images.

The cluster at 9.1 billion light-years away (lower right panel) is currently the most distant galaxy cluster ever detected.

These images are three-color composites, in which blue represents visible light with a wavelength of 0.4 microns, and green indicates visible light of 0.8 microns. The visible data were captured by the ground-based Mosaic-1 camera at the Kitt Peak National Observatory in Tucson, Ariz. Red represents infrared light of 4.5 microns, captured by Spitzer's infrared array camera. 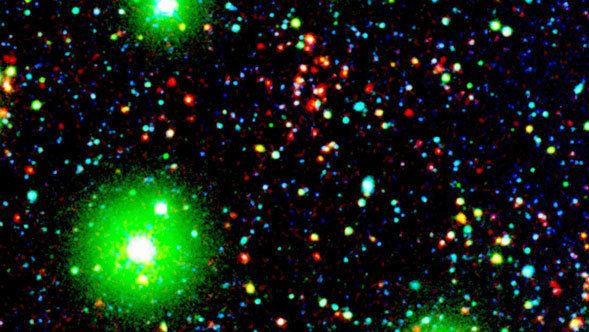 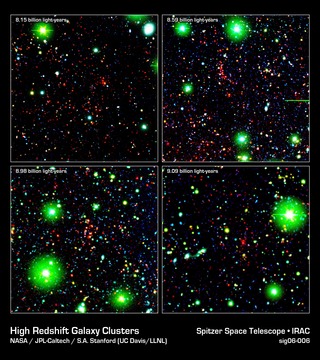 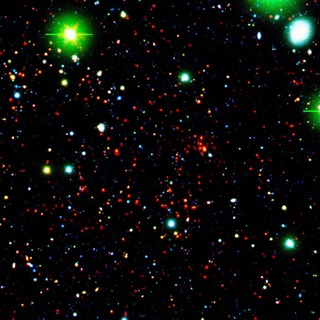 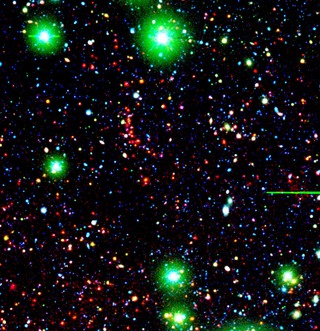 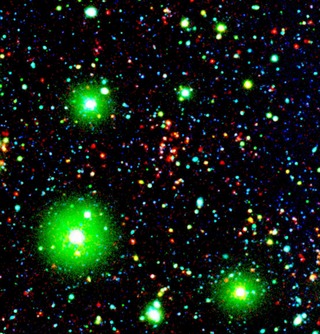 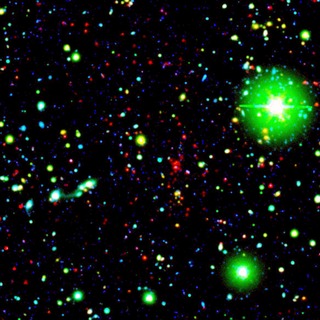