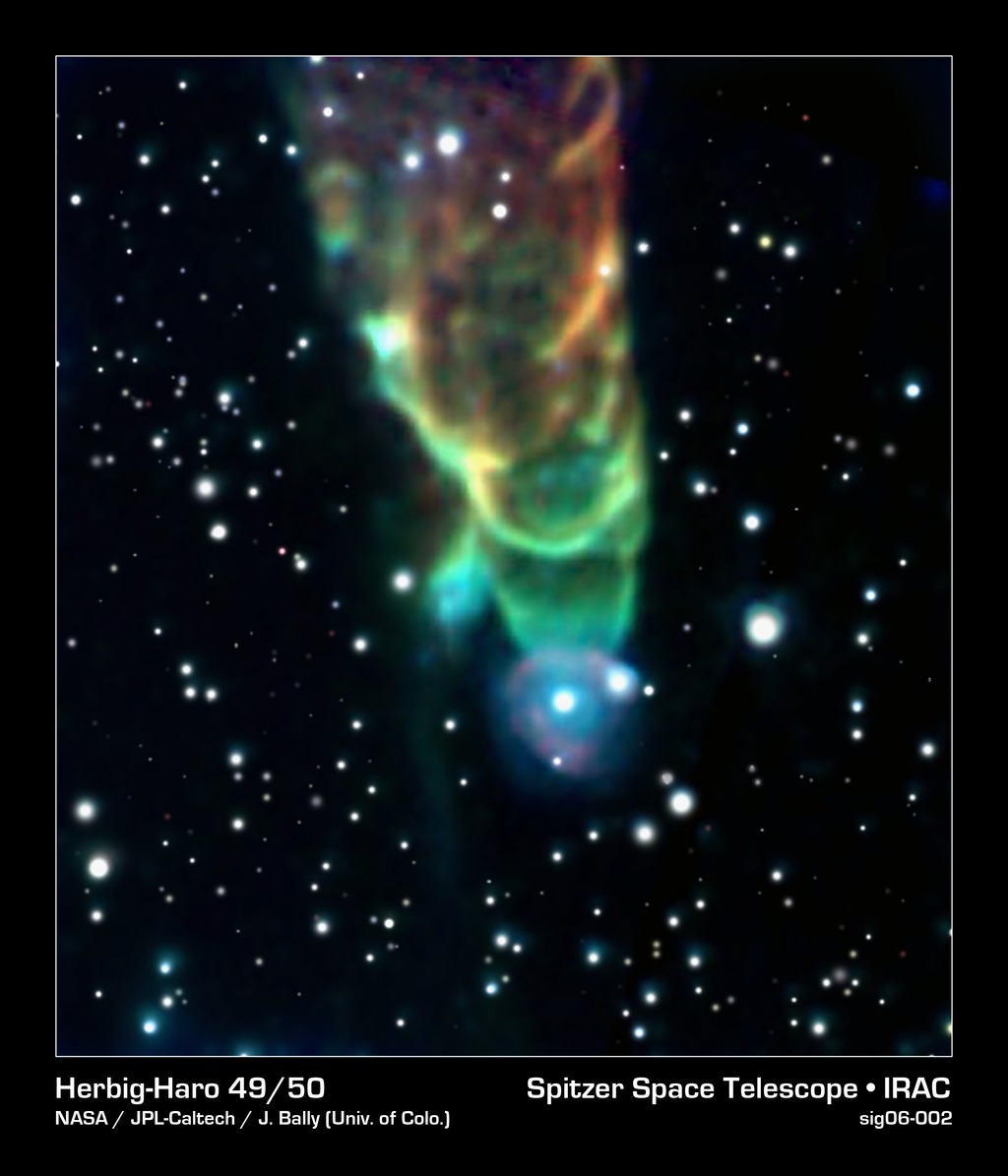 This "tornado," designated Herbig-Haro 49/50, is shaped by a cosmic jet packing a powerful punch as it plows through clouds of interstellar gas and dust.

The tornado-like feature is actually a shock front created by a jet of material flowing downward through the field of view. A still-forming star located off the upper edge of the image generates this outflow. The jet slams into neighboring dust clouds at a speed of more than 100 miles per second, heating the dust to incandescence and causing it to glow with infrared light detectable by Spitzer. The triangular shape results from the wake created by the jet's motion, similar to the wake behind a speeding boat.

The scientists could only speculate about the source of the spiral appearance. Magnetic fields throughout the region might have shaped the object. Alternatively, the shock might have developed instabilities as it plowed into surrounding material, creating eddies that give the "tornado" its distinctive appearance.

The star at the tip of the tornado, which appears to be surrounded by a faint halo, might be a chance superposition along our line of sight. However, the star instead might be physically associated with the tornado. In that case, the halo likely is due to the outflow running into circumstellar material.

HH 49/50 is located in the Chamaeleon I star-forming complex, a region containing more than 100 young stars. Most of the new stars are smaller than the sun, although some are more massive. Visible-light observations have found a number of outflows in the region, however most of those outflows have no infrared counterpart. 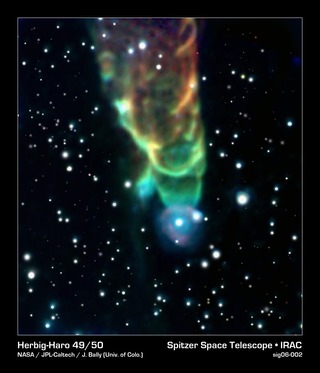 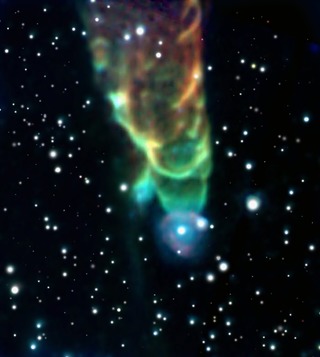