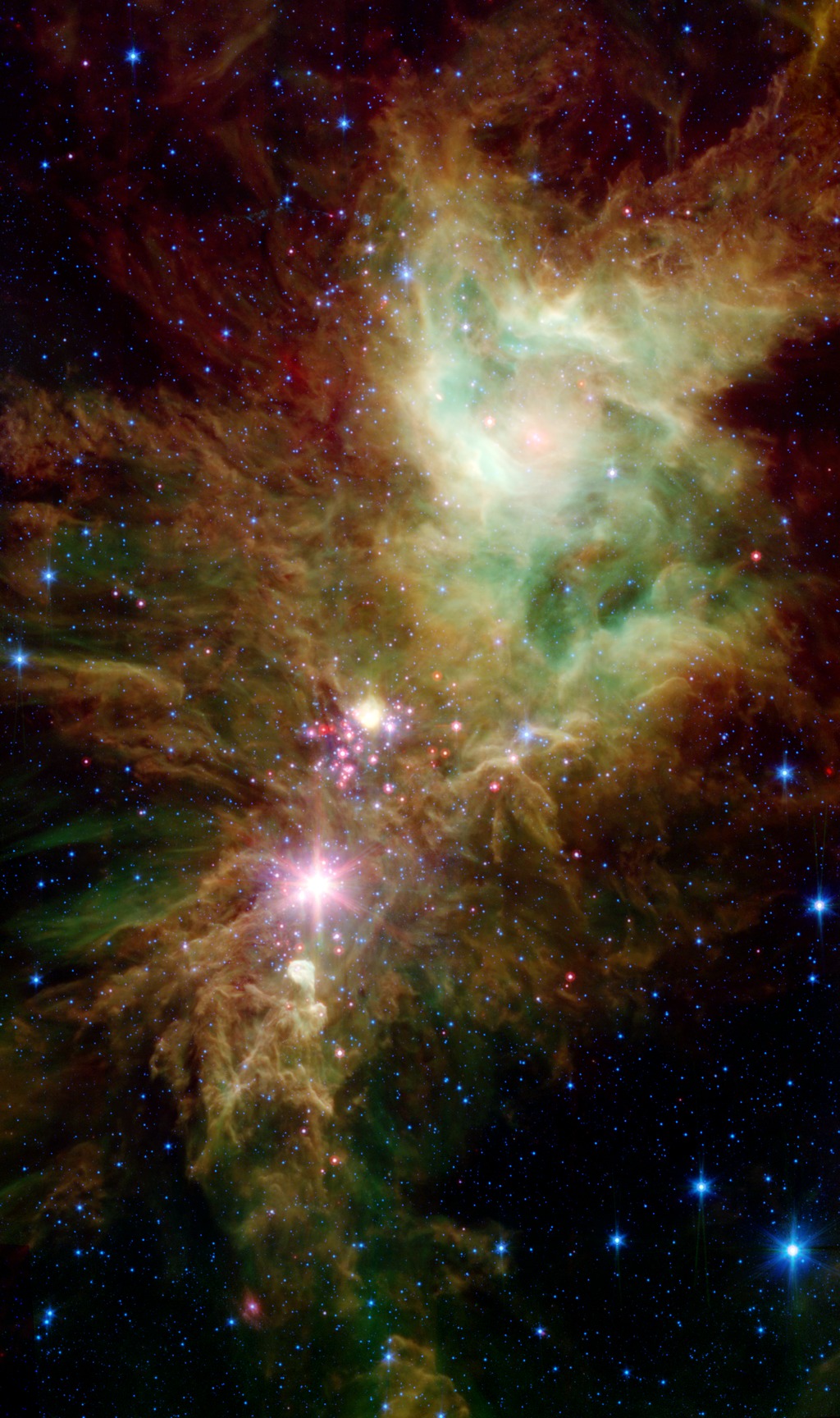 Newborn stars, hidden behind thick dust, are revealed in this image of a section of the Christmas Tree Cluster from NASA's Spitzer Space Telescope, created in joint effort between Spitzer's Infrared Array Camera (IRAC) and Multiband Imaging Photometer (MIPS) instruments.

The newly revealed infant stars appear as pink and red specks toward the center of the combined IRAC-MIPS image. The stars appear to have formed in regularly spaced intervals along linear structures in a configuration that resembles the spokes of a wheel or the pattern of a snowflake. Hence, astronomers have nicknamed this the "Snowflake Cluster."

While most of the visible-light stars that give the Christmas Tree Cluster its name and triangular shape do not shine brightly in Spitzer's infrared eyes, all of the stars forming from this dusty cloud are considered part of the cluster.Like a dusty cosmic finger pointing up to the newborn clusters, Spitzer also illuminates the optically dark and dense Cone Nebula, the tip of which can be seen towards the bottom left corner of the image.

The combined IRAC-MIPS image shows the presence of organic molecules mixed with dust as wisps of green, which have been illuminated by nearby star formation. The larger yellowish dots neighboring the baby red stars in the Snowflake Cluster are massive stellar infants forming from the same cloud. The blue dots sprinkled across the image represent older Milky Way stars at various distances along this line of sight. The image is a five-channel, composite, showing emission from wavelengths of 3.6 and 4.5 microns (blue), 5.8 microns (cyan), 8 microns (green), and 24 microns (red). 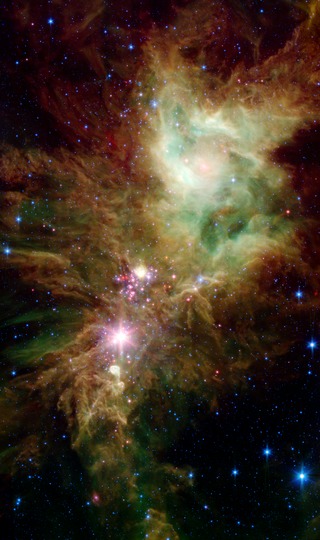 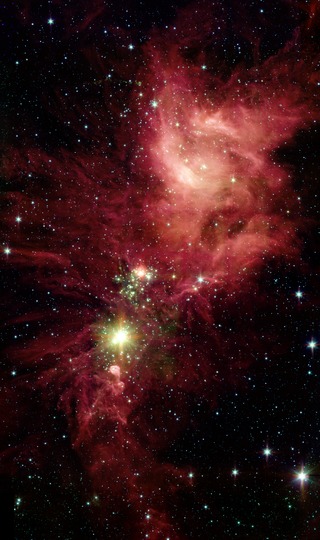 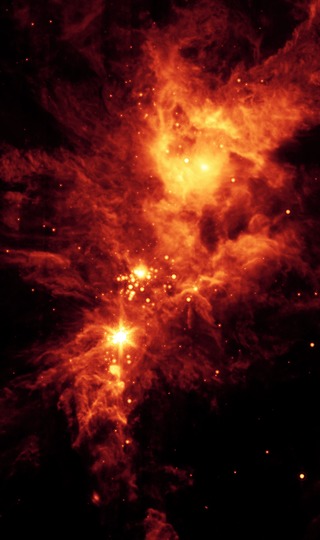