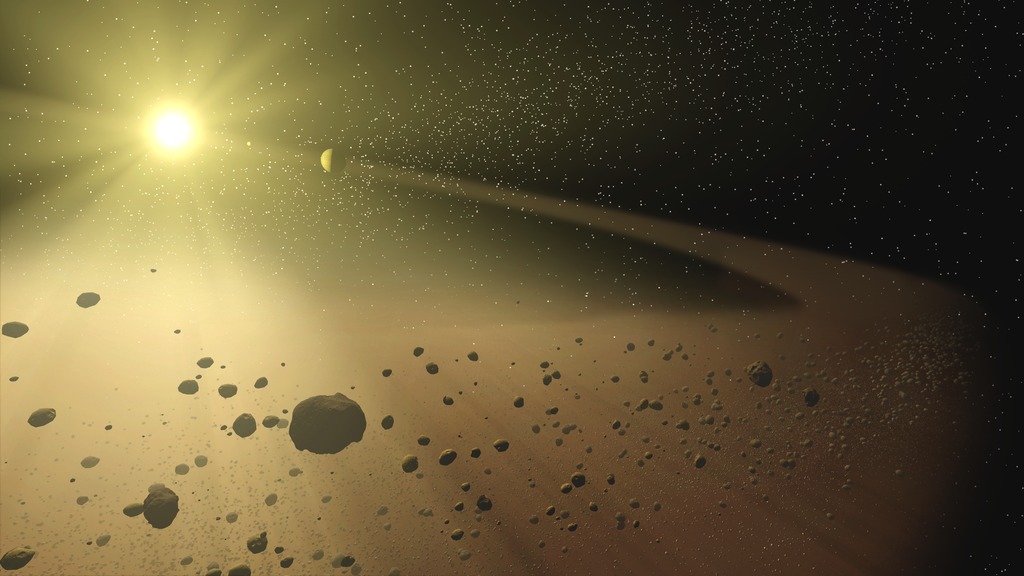 This artist's concept depicts a distant hypothetical solar system, similar to the one recently discovered with the Spitzer Space Telescope. In this artist's rendering, a narrow asteroid belt filled with rocks and dusty debris, orbits a star similar to our own Sun when it was approximately 30 million years old (about the time Earth formed). Within the belt a hypothetical planet also circles the star.

Using the Spitzer's heat-seeking infrared eyes, astronomers have recently discovered a similar debris belt surrounding a distant star. While no planets were detected directly by Spitzer, the narrow size of the newly discovered belt hints at the possibility of a planetary system. Just as small moons shepherd ice grains orbiting Saturn into discrete rings, and just as Jupiter tends the outer edge of our solar system's asteroid belt, astronomers suspect one or more planets may be confining the debris within this narrow ring around the star. 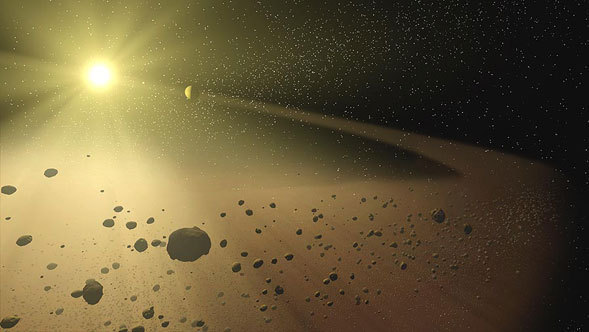 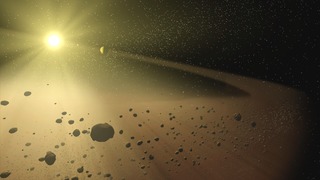