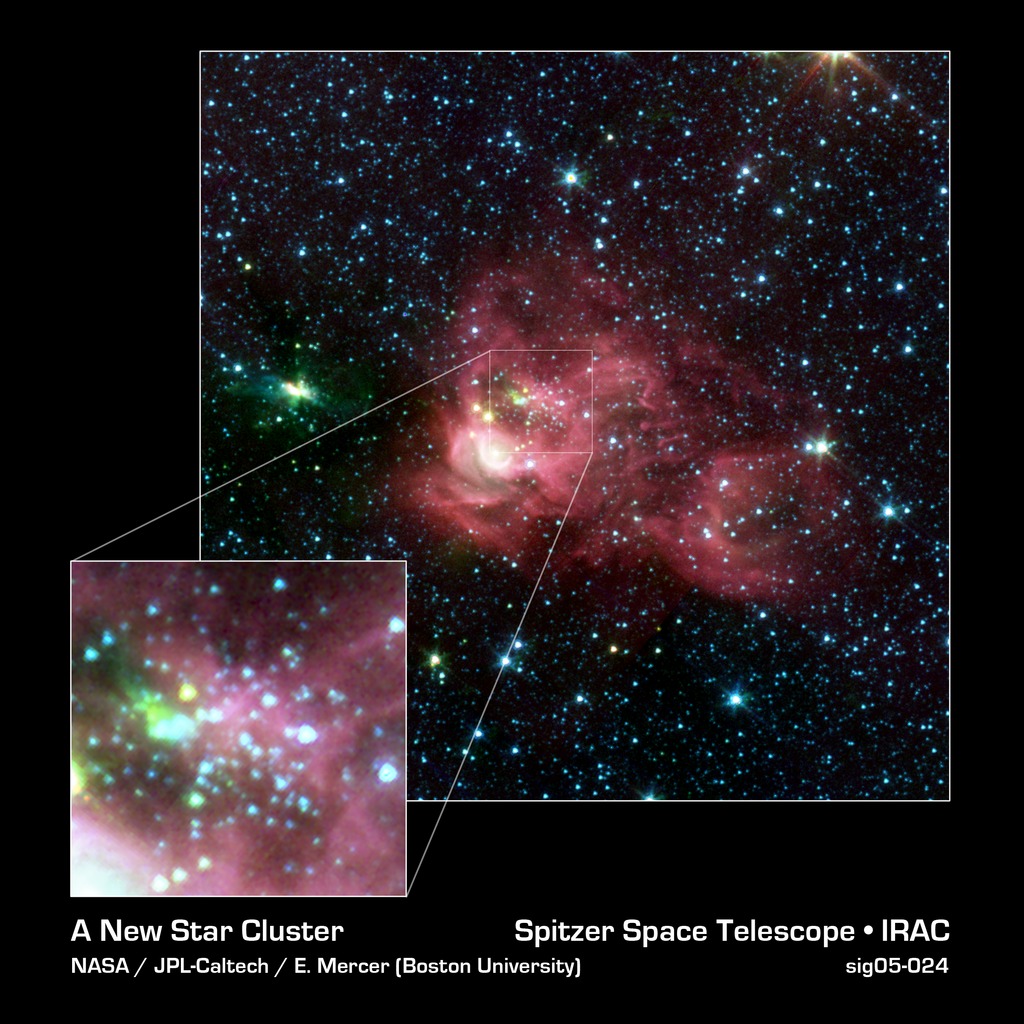 The new cluster is seen in the center of the red nebula, or star-forming cloud, as the grouping of small blue, yellow, and green stars. The wisps of red are organic molecules within the dust which have been illuminated by nearby star formation. Green indicates the presence of hot hydrogen gas. Blue predominantly reveals older stars. The bright white arc located to the lower left side of the central star cluster shows the area where a massive star is forming.

For years, dense obscuring clouds of dust have blocked the central cluster from optical view. The high density of the stars triggered the GLIMPSE team's automatic cluster-finding computer program to the presence of this cluster. There are still some dust clouds even in the heart of this cluster, as seen in the inset, indicating, that stars are probably still being formed today. With time, these clouds will disappear as more stars form.

The infrared image was captured with the Spitzer's infrared array camera (IRAC). The picture is a 4-channel color composite, showing emission from wavelengths of 3.6 microns (blue), 4.5 microns (green), 5.8 microns (orange) and 8.0 microns (red). 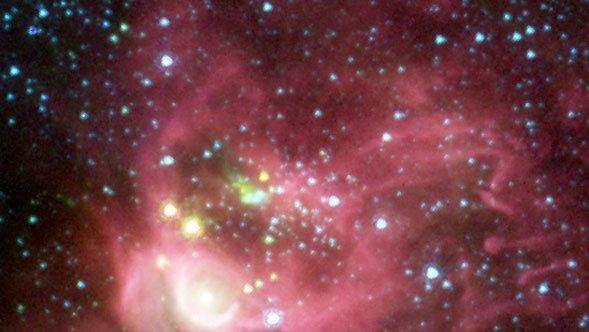 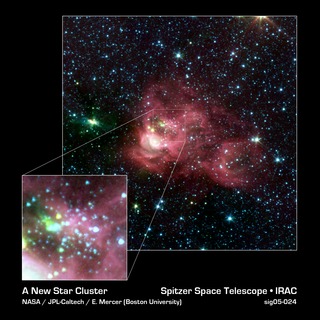 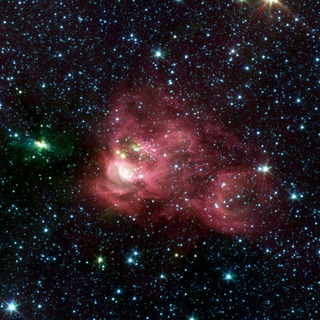 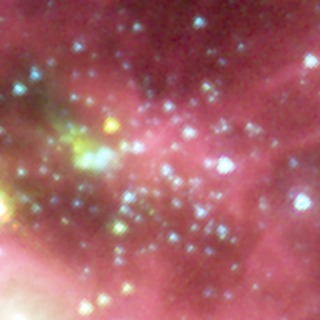