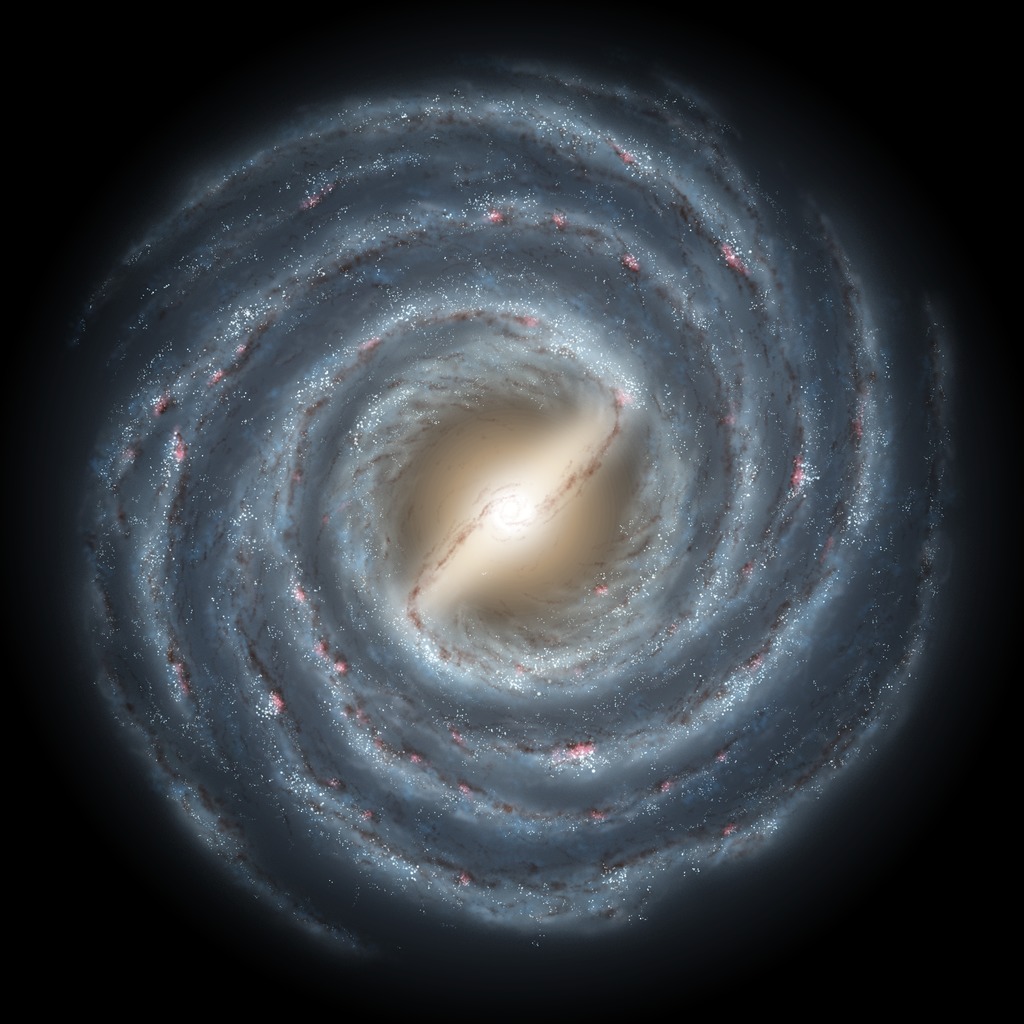 This artist's rendering shows a view of our own Milky Way Galaxy and its central bar as it might appear if viewed from above. An arrow indicates the location of our Sun. Astronomers have concluded for many years that our galaxy harbors a stellar bar, though its presence has been inferred indirectly. Our vantage point within the disk of the galaxy makes it difficult to accurately determine the size and shape of this bar and surrounding spiral arms.

New observations by the GLIMPSE legacy team with NASA's Spitzer Space Telescope indicate that the bar-shaped collection of old stars at the center of our galaxy may be longer, and at a different orientation, than previously believed. The newly-deduced size and angle of the bar are shown relative to our Sun's location. Our Milky Way galaxy may appear to be very different from an ordinary spiral galaxy. 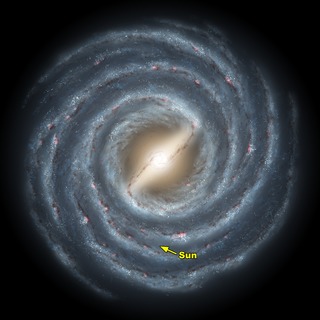 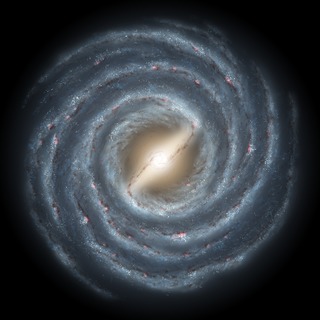