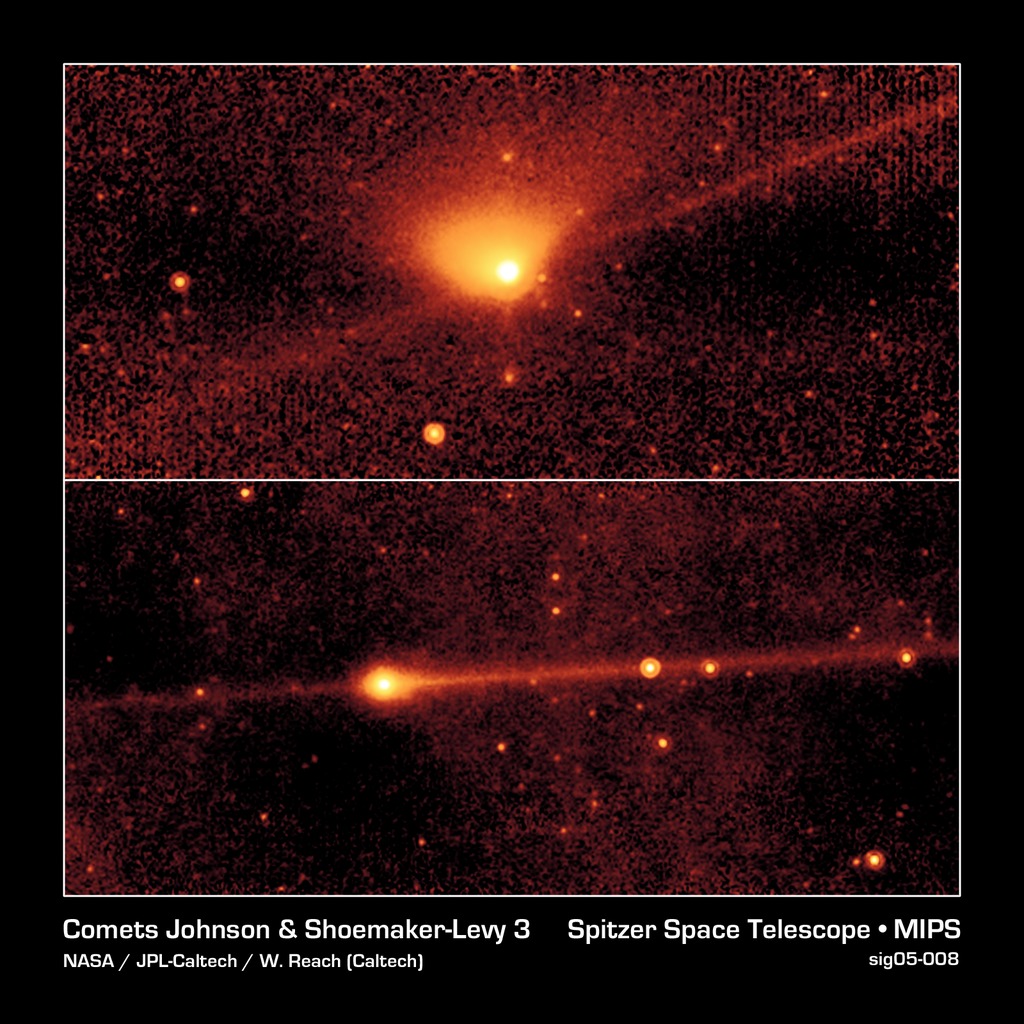 These images of the Jupiter-family comets Johnson (top) and Shoemaker-Levy 3 (bottom) were both taken with Spitzer's multiband imaging photometer (MIPS) at a wavelength of 24 microns.

The fan-shaped region that stretches upward from Johnson's nucleus (yellow ball in the middle) represents the dust "tail" of the comet. Dust tails are created when small particles from a comet are swept backward by the Sun's radiation pressure.

The image of Shoemaker-Levy 3 (bottom) does not show a dust tail.

In both images the long thin trail of emission that precisely follows the orbit of the comet is believed to be a debris trail of solid material, ranging from millimeters to centimeters in size. Such particles, called meteoroids, are the same size as those that appear in meteor showers when they enter the Earth's atmosphere. Because any trace of water would evaporate in the Sun's heat, astronomers do not believe that debris trails contain ice.

These meteoroids have evaded detection in previous comet images because they are relatively faint in visible light. At mid-infrared wavelengths, meteoroids give off infrared radiation. Any object with an internal temperature higher than absolute zero (-273.5 degrees Celsius or zero Kelvin) produces thermal radiation; objects in the inner solar system give off radiation at mid-infrared wavelengths. Consequently, MIPS allows astronomers to study the production of meteoroids by comets whose orbits do not cross the Earth's path.

Spitzer images have also shown that there is more mass in the debris trails of comets than in their dust tails and gases.

The results of Spitzer's observations are consistent with those obtained by space probes that encountered comet Halley in 1986. In Halley's case, large particles produced by the comet were not only detected, but caused significant damage to the probes. 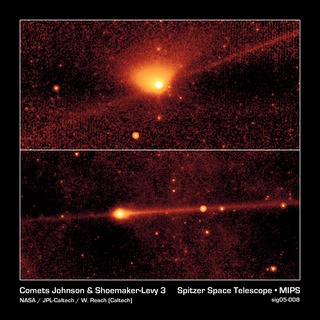