We have launched the new Spitzer website! Send feedback to outreach@ipac.caltech.edu. Find the old website at http://legacy.spitzer.caltech.edu.
NASA
Jet Propulsion Laboratory
California Institute of Technology
NGC 5907 in the Infrared 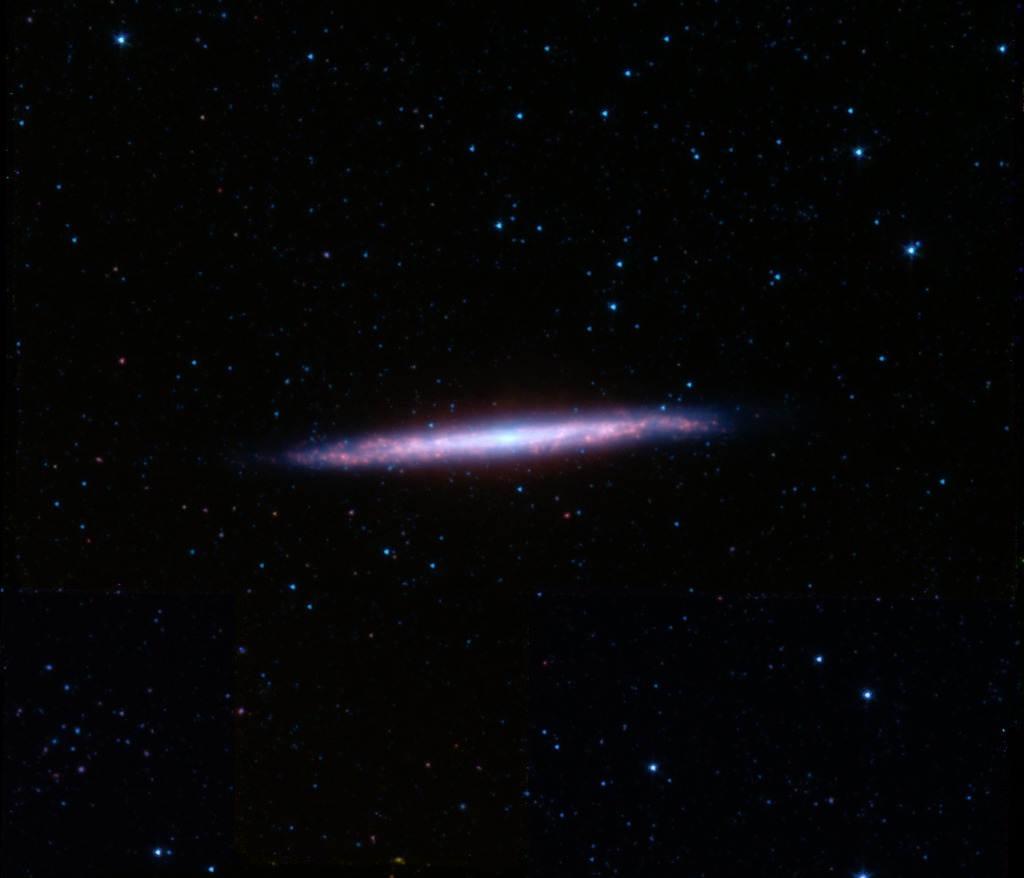 The spiral galaxy NGC 5907, sometimes known as the "Splinter Galaxy" because of its unusual appearance, is located in the constellation Draco. It is fairly bright, and appears elongated because it has an edge-on alignment when viewed from Earth. It also has a strong set of dust lanes, visible in this image from NASA's Spitzer Space Telescope as red features. The central lane is so pronounced at visible light wavelengths, where it blocks our view of the starlight, that the galaxy was once mistaken for two objects and given two entries in the original New General Catalogue. The catalogue, published by J.L.E. Dreyer in 1888, was an attempt to collect a complete list of all nebulae and star clusters known at the time.

NGC 5907's special orientation and close proximity to Earth have made it a popular target for observation by both professional and amateur astronomers. Over the last decade, ever-improving infrared instrumentation have allowed scientists to detect light from the galaxy that was until now hidden by dust. Recent observations using Spitzer's InfraRed Array Camera at infrared wavelengths from 3-10 microns resulted in the discovery of a significant and potentially massive thick stellar disk. This is the first time that a thick disk has been detected and characterized in the infrared.

This image is composed of images obtained at four wavelengths: 3.6 microns (blue), 4.5 microns (green), 5.8 microns (orange) and 8 microns (red). The contribution from starlight has been subtracted from the 5.8 and 8 micron images to enhance the visibility of the dust features. 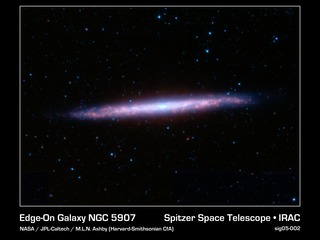 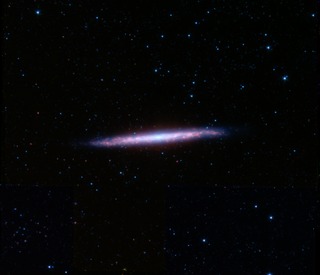