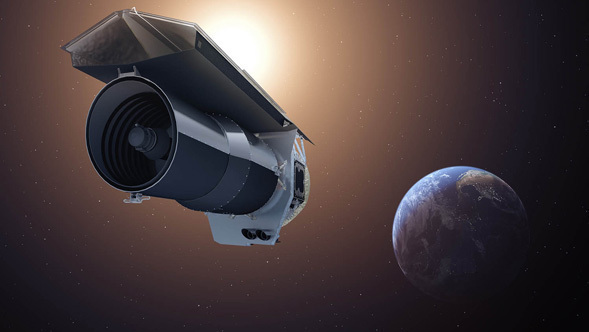 NASA will host a live program at 1 p.m. EST Wednesday, Jan. 22, to celebrate the far-reaching legacy of the agency’s Spitzer Space Telescope – a mission that, after 16 years of amazing discoveries, soon will come to an end.

Members of the media who would like to ask questions during the event must provide their name and affiliation to Elena Mejia by email at elena.mejia@jpl.nasa.gov or by phone at 818-354-1712 by 9 a.m. PST (noon EST) Jan. 22. The public can ask questions on Twitter using the hashtag #askNASA or in the comment section of the NASA Facebook and YouTube pages.

One of NASA's four Great Observatories, Spitzer launched on Aug. 25, 2003, and has studied the cosmos in infrared light. Its breathtaking images have revealed the beauty of the infrared universe.

Spitzer made some of the first studies of exoplanet atmospheres (atmospheres of planets around stars other than our Sun). It confirmed two and discovered five of the seven Earth-size exoplanets around the star TRAPPIST-1 – the largest batch of terrestrial planets ever found around a single star. On Thursday, Jan. 30, engineers will decommission the Spitzer spacecraft and bring this amazing mission to a close.

JPL manages the Spitzer Space Telescope mission for NASA's Science Mission Directorate in Washington. Science operations are conducted at the Spitzer Science Center at Caltech in Pasadena, California. Space operations are based at Lockheed Martin Space in Littleton, Colorado. Data are archived at the Infrared Science Archive housed at IPAC at Caltech. Caltech manages JPL for NASA.