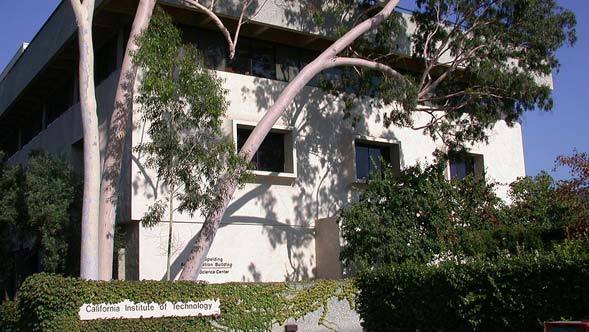 Adela Fedor has yet to receive a PhD, high school diploma, or even finish the eighth grade, but that did not stop her from using NASA's Spitzer Space Telescope to study a mysterious stellar species, called "iron stars."

In early April, the thirteen year-old student from Traverse City East Junior High School in Traverse City, Mich., arrived at the Spitzer Science Center (SSC) with her science teacher Lauren Chapple. As a participant of the first ever Spitzer Space Telescope Research Program for Teachers and Students, Chapple teamed up with five other science teachers and developed a proposal to observe an iron star system with the telescope's Infrared Spectrograph (IRS). Recently, Chapple invited one of his brightest students to help him analyze the data.

"A lot of people put limitations on middle school and junior high students based on their own perceptions of what these kids are capable of. As a teacher, I find that if kids don't know what they can't do, they can do a lot," said Chapple.

Astronomers have only identified two iron stars in the universe, and do not know very much about them. Chapple, Fedor, and the other science teachers are studying an iron star system called AS325, which contains two stars that orbit each other. One is a dying star, in its "red giant" phase of life. Meanwhile, its stellar companion is a "B star," one of the most massive species of stars in the universe.

The stars were named iron stars after previous observations revealed that there were traces of iron in the region. Astronomers now know that the iron is being formed in the strong winds of the B star, and the student-teacher team is hoping that Spitzer can identify other chemicals and molecules around the star.

"I was very impressed by how well the group handled spectroscopy. This data is really hard to work with because you are basically looking at a bunch of squiggly lines and trying to identify specific chemicals and molecules," said Dr. Steve Howell of the National Optical Astronomy Observatory (NOAO). Howell is one of the iron star project's supporting scientists.

In addition to Chapple and Fedor, the group members visiting the SSC in early April included science teachers Steve Rapp of Linwood Holton Governor's School in Abington, Va. and Beth Thomas of East Middle School in Great Falls, Mont. Dr. Carolyn Brinkworth of the SSC also assisted the team in their data analysis.

Although Fedor says that she does not know exactly what she wants to do when she grows up, she notes an interest in science.

"This experience was really fun, I liked working with data and figuring out what everything meant," said Fedor.

The iron star team will present their findings at the January 2007 American Astronomical Society (AAS) meeting in Seattle. The research program for teachers and students was designed by the SSC and NOAO, and sponsored by the National Science Foundation. The program recently started its second year, and now includes 18 participating teachers. The second group of teachers submitted proposals for Spitzer observation time in late 2005, attended workshops in January 2006, and will invite students to analyze data at the SSC later this year.