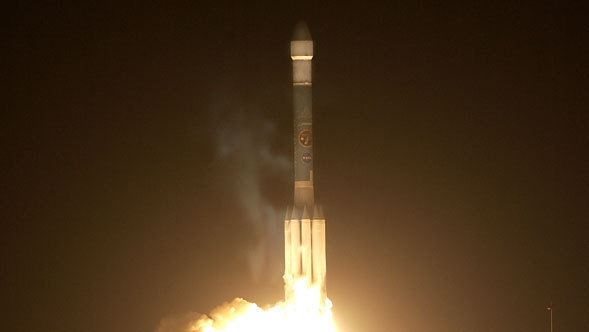 "10,000 hours of science surpasses in duration missions like the Infrared Astronomical Satellite (IRAS) and the Cosmic Background Explorer (COBE), and matches the longest lived previous infrared astronomy mission, the Infrared Space Observatory (ISO)," said Spitzer Science Center Deputy Director, Dr. George Helou. "Given the vast improvement in Spitzer's sensitivity, this milestone is equivalent to having flown hundreds to thousands of the previous missions."

At the 10,000th "science" hour, Spitzer will be using its Infrared Spectrograph to measure traces of silicon and iron in the star-forming regions of the Cepheus constellation located near the North Pole. Astronomers believe that these molecules might be responsible for the formation of solid celestial objects such as planets and asteroids. The observation was proposed by Dr. Yoko Okada from the University of Tokyo and approved earlier this year after an international call for proposals and an extensive peer review process.

In its first 10,000 hours, Spitzer has already detected light directly from planets in other solar systems and discovered a missing population of supermassive black holes. Despite these exciting discoveries, Helou forecasts that the best is yet to come.

"We have already accumulated a scientific legacy of amazing richness and promise, whose value already exceeds our initial hopes for the whole mission," said Helou. "With all that, we are still only about one-third of the way into the science mission. Every day we find new ways to use Spitzer that we didn't even imagine were possible before launch."