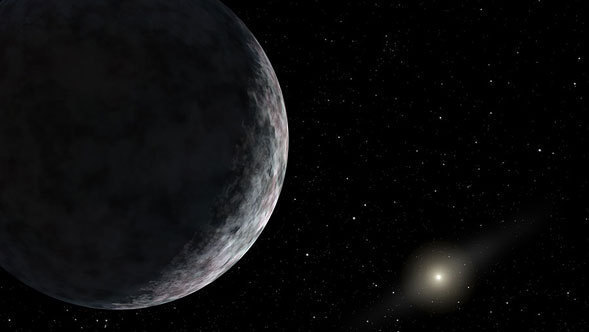 Later this month, the Spitzer Space Telescope will look toward the recently-discovered planet beyond Pluto, an object identified as 2003UB313. After the new object was announced, the Spitzer team discovered that the telescope's previous observations of the object were unsuccessful because of an error in the parameters used to target it. A successful Spitzer detection will determine the object's size. If Spitzer does not see it, astronomers will be able to place a solid upper limit on its size. The object was discovered by Dr. Michael Brown of Caltech, along with Dr. Chad Trujillo of Gemini Observatory in Hawaii, and Dr. David Rabinowitz of Yale University in Connecticut.