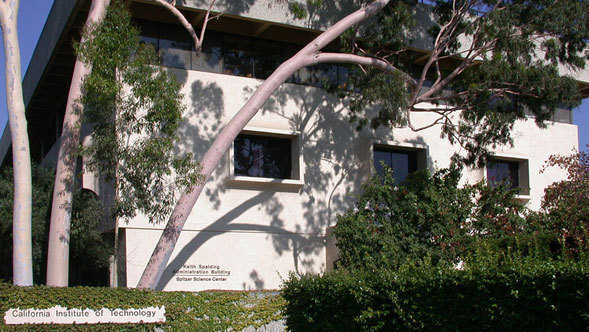 How does an idea become an observation on the Spitzer Space Telescope? Every year in February, astronomers from around the world submit proposals, requesting observations with Spitzer. In April, the Time Allocation Committee (TAC) meets, considers these proposals, and selects the very best to comprise Spitzer's next year of observations.

This year, the TAC met from April 18-22 and considered 704 proposals, requesting over 18,000 hours of observing time with Spitzer. With only 6,000 hours available, the TAC could approve roughly one-in-three of all proposals for Spitzer observations.

"As a team, we asked probing questions about any significant advances resulting from the observation request in order to move science in new directions," TAC member Steve Strom said. "We assessed the intrinsic value of the proposals according to their merits and liabilities and aimed for an overall balanced set of observations from different science areas."

Strom served on one of the 11 panels that analyzed proposals from different space exploration areas. The TAC panels were composed of 75 scientists with varying expertise and from numerous institutions around the country and throughout the world.

"It's a very collegial process because the team is made up of a range of people well balanced in age and scientific maturity and who have good reputations and are fair-minded," Strom said.

The TAC meets annually to rank and recommend to the SSC Director proposals for the next cycle of Spitzer observation time. TAC members are chosen annually and change from year to year.

The member selection process started about six months in advance. A TAC chairperson and the Panel Chairs were selected. Dr. Lisa Storrie-Lombardi of the Spitzer Science Center (SSC) was in charge of compiling recommendations and putting together the volunteer TAC team.

"We targeted possible TAC members from numerous resources -- recommendations from other scientists, Spitzer conference participant lists, reputations among the science community, participants in other mission TACs, and past Spitzer observers," Storrie-Lombardi said. "Our goal was to compose an expert team that would be able to fairly recommend proposals based upon their scientific merit."

She emphasized that the observation selections were made by people outside of the SSC.

"No direct Spitzer involvement combined with the anonymity of the TAC members helps to eliminate any outside elements that might prevent a fair selection process," Storrie-Lombardi said.

The scientists who accepted the TAC invitation reviewed and ranked the proposals from their selected area of science. According to Strom, they looked at up to 80 proposals per panel and put in 9- to 10-hour days.

"Many of the TAC members have served on other mission selection committees. We were all pleased to contribute this service to the science community," Strom said.

The TAC recommended the final program of proposals to Spitzer Science Center Director Tom Soifer for approval. After briefing NASA headquarters on the selected program, the scientists were notified about the status of their submission in early May.

This year's submissions included proposals that requested time on Spitzer in conjunction with other observatories in order to more comprehensively study a target object. In particular, scientists submitting proposals for this cycle could apply for additional observing time with the Hubble Space Telescope, Chandra X-ray Observatory, National Radio Astronomy Observatory, and National Optical Astronomy Observatory telescopes.