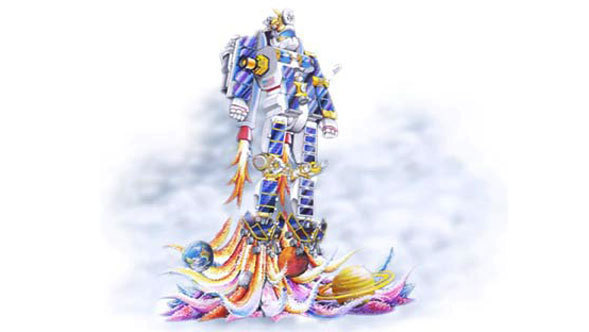 The Explorer will be decorated with blue and purple statice, carnation petals, silverleaf, eucalyptus leaf, onion seed, sesame seed, and crushed white rice. The launch rockets have flames that combine fresh whole flowers and countless individually applied flower petals. The base of the float is an elaborate flower show, featuring red, yellow, pink, and white roses; yellow, lavender, and white orchids; and a colorful selection of gladiolas. The Explorer's head turns from side to side, and his helmet features daytime strobe lights that will flash all along the flight path down the parade route. The Explorer's body leans forward about 15 feet as the rockets fire carbon dioxide in preparation for takeoff.

The Rose Parade will be broadcast on ABC, NBC, CBS, Univision, HGTV, Telemundo, Travel Channel, Discovery HD, and (in the Los Angeles area) KTLA. The Parade is also seen in 28 countries around the world.