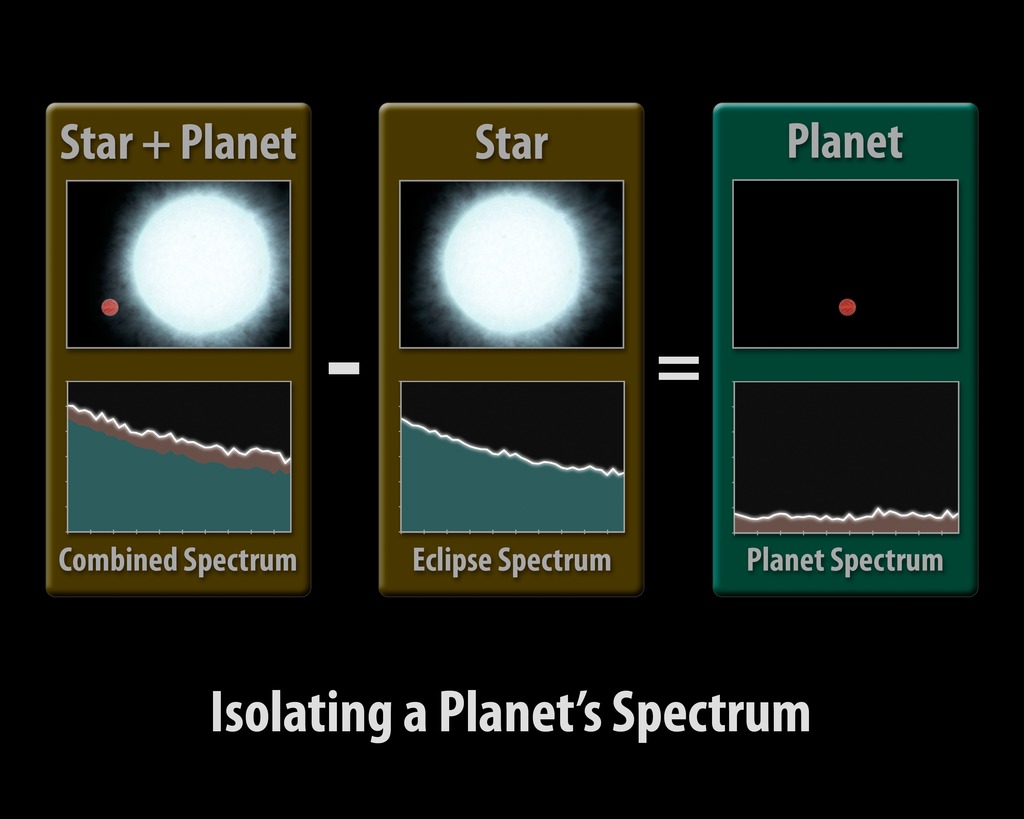 This diagram illustrates how astronomers using NASA's Spitzer Space Telescope can capture the elusive spectra of hot-Jupiter planets. Spectra are an object's light spread apart into its basic components, or wavelengths. By dissecting light in this way, scientists can sort through it and uncover clues about the composition of the object giving off the light.

To obtain a spectrum for an object, one first needs to capture its light. Hot-Jupiter planets are so close to their stars that even the most powerful telescopes can't distinguish their light from the light of their much brighter stars.

But, there are a few planetary systems that allow astronomers to measure the light from just the planet by using a clever technique. Such "transiting" systems are oriented in such a way that, from our vantage point, the planets' orbits are seen edge-on and cross directly in front of and behind their stars.

In this technique, known as the secondary eclipse method, changes in the total infrared light from a star system are measured as its planet transits behind the star, vanishing from our Earthly point of view. The dip in observed light can then be attributed to the planet alone.

This ground-breaking technique was used by Spitzer to obtain the first-ever spectra of two planets beyond our solar system, HD 209458b and HD 189733b. The results suggest that the hot planets are socked in with dry clouds high up in the planet's stratospheres. In addition, HD 209458b showed hints of silicates, indicating those high clouds might be made of very fine sand-like particles.