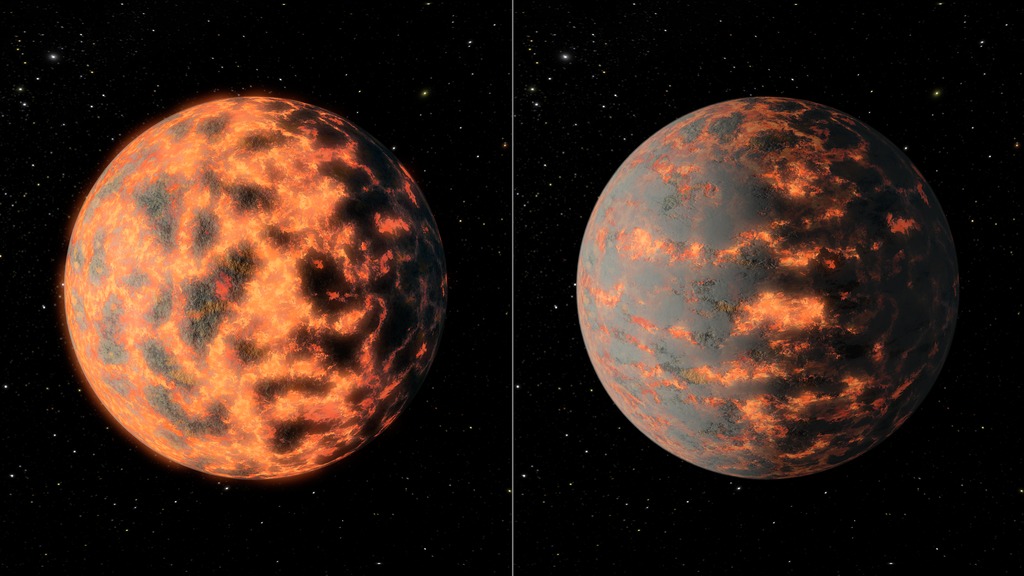 This artists impression of super-Earth 55 Cancri e shows a hot partially-molten surface of the planet before and after possible volcanic activity on the day side.

Using NASAs Spitzer Space Telescope, the researchers observed thermal emissions coming from the planet, called 55 Cancri e orbiting a sun-like star located 40 light years away in the Cancer constellation and for the first time found rapidly changing conditions, with temperatures on the hot day side of the planet swinging between 1000 and 2700 degrees Celsius.

Although the interpretations of the new data are still preliminary, the researchers believe the variability in temperature could be due to huge plumes of gas and dust which occasionally blanket the surface, which may be partially molten. The plumes could be caused by exceptionally high rates of volcanic activity, higher than what has been observed on Io, one of Jupiters moons and the most geologically active body in the solar system.

The full University of Cambridge release can be found here: