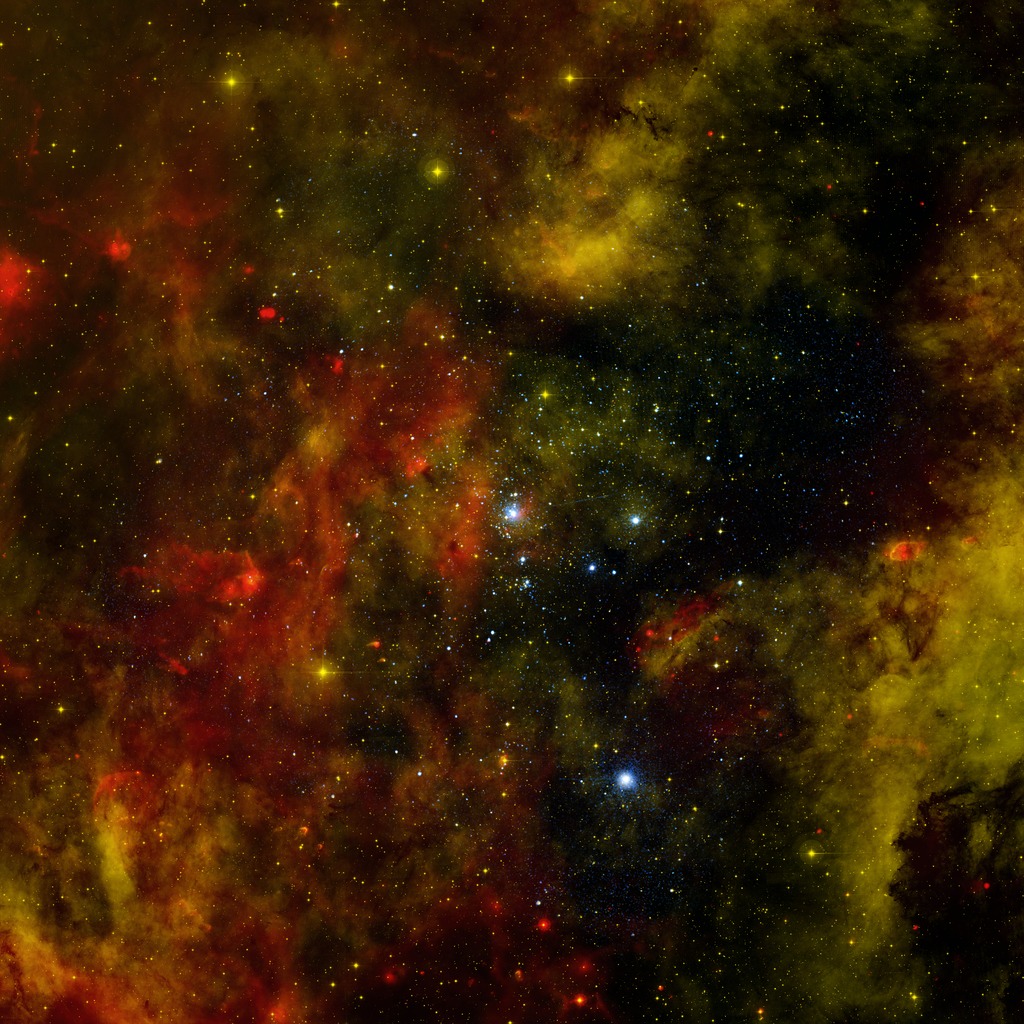 The Milky Way and other galaxies in the universe harbor many young star clusters and associations that each contain hundreds to thousands of hot, massive, young stars known as O and B stars. The star cluster Cygnus OB2 contains more than 60 O-type stars and about a thousand B-type stars. Deep observations with NASAs Chandra X-ray Observatory have been used to detect the X-ray emission from the hot outer atmospheres, or coronas, of young stars in the cluster and to probe how these fascinating star factories form and evolve. About 1,700 X-ray sources were detected, including about 1,450 thought to be stars in the cluster. In this image, X-rays from Chandra (blue) have been combined with infrared data from NASAs Spitzer Space Telescope (red) and optical data from the Isaac Newton Telescope (orange).

Young stars ranging in age from one million to seven million years were found. The infrared data indicates that a very low fraction of the stars have circumstellar disks of dust and gas. Even fewer disks were found close to the massive OB stars, betraying the corrosive power of their intense radiation that leads to early destruction of their disks. There is also evidence that the older population of stars has lost its most massive members because of supernova explosions. Finally, a total mass of about 30,000 times the mass of the sun is derived for Cygnus OB2, similar to that of the most massive star forming regions in our Galaxy. This means that Cygnus OB2, located only about 5,000 light years from Earth, is the closest massive star cluster.