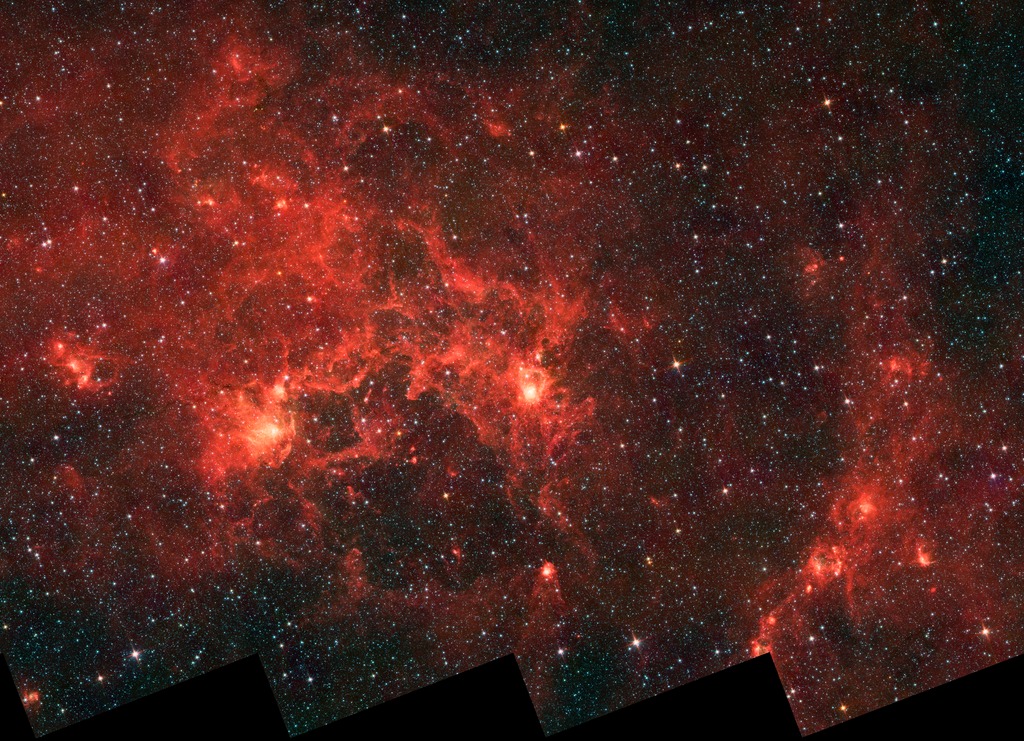 This infrared image from NASA's Spitzer Space Telescope shows the nebula nicknamed "the Dragonfish." This turbulent region, jam-packed with stars, is home to some of the most luminous massive stars in our Milky Way galaxy. It is located approximately 30,000 light-years away in the Crux constellation.

The massive stars have blown a bubble in the gas and dust, carving out a shell of more than 100 light-years across (seen in lower, central part of image). This shell forms the "toothy mouth" of the Dragonfish, and the two bright spots make it up its beady eyes.

The infrared light in this region is coming from the gas and dust that are being heated up by the unseen central cluster of massive stars. The bright spots along the shell, including the "eyes," are possible smaller regions of newly formed stars, triggered by the compression of the gas and dust by winds from the central, massive stars.

Infrared light in this image was captured by the infrared array camera on Spitzer, at wavelengths of 3.6 microns (blue); 4.5 microns (green); and 8.0 microns (red). The data were captured before Spitzer ran out of its liquid coolant in 2009, and began its "warm" mission.