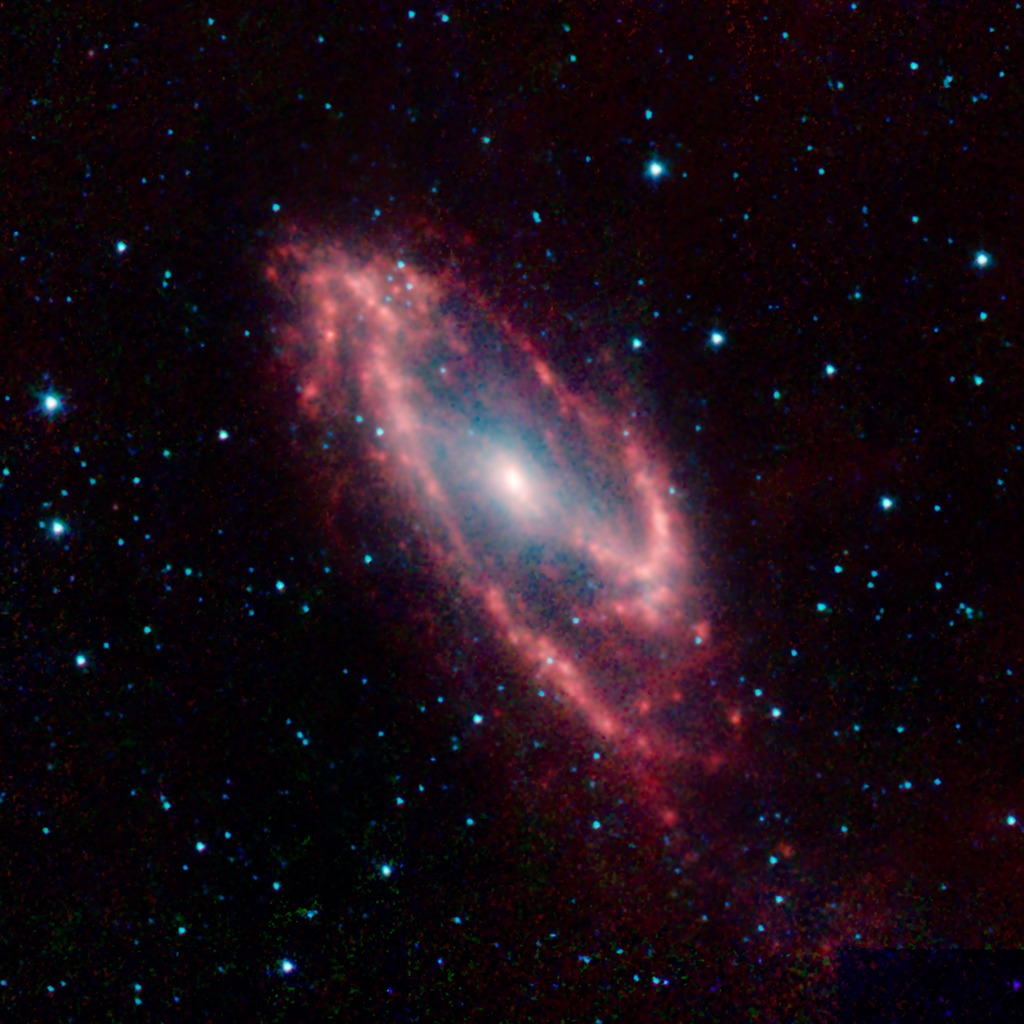 Maffei 2 is the poster child for an infrared galaxy that is almost invisible to optical telescopes. Foreground dust clouds in the Milky Way block about 99.5% of its visible light, but this infrared image from NASAs Spitzer Space Telescope penetrates this dust to reveal the galaxy in all its glory.

The astronomer Paolo Maffei first noted this as a mysterious smudge on a near infrared photographic plate in 1968. Four years later he identified the strange object to be a galaxy, now named after him. This discovery was made in the infancy of infrared astronomy and it would take many technological innovations in the following decades to allow astronomers to study obscured objects like this one in detail.

Most other galaxies the size of Maffei 2 had been cataloged for over a century. Had it not been hidden behind dust lanes in our own galaxy it may well have been one of the entries in the famous 18th century catalog of bright deep sky objects compiled by Charles Messier.

This Spitzer image clearly shows the unusual structure of Maffei 2. The strong central bar and asymmetric spiral arms help identify why the galaxy also harbors a starburst in its very core. Such dramatic bursts of star formation occur when massive amounts of dust and gas are driven into the center of a galaxy, often by gravitational interactions that create barred spiral structures in its disk.