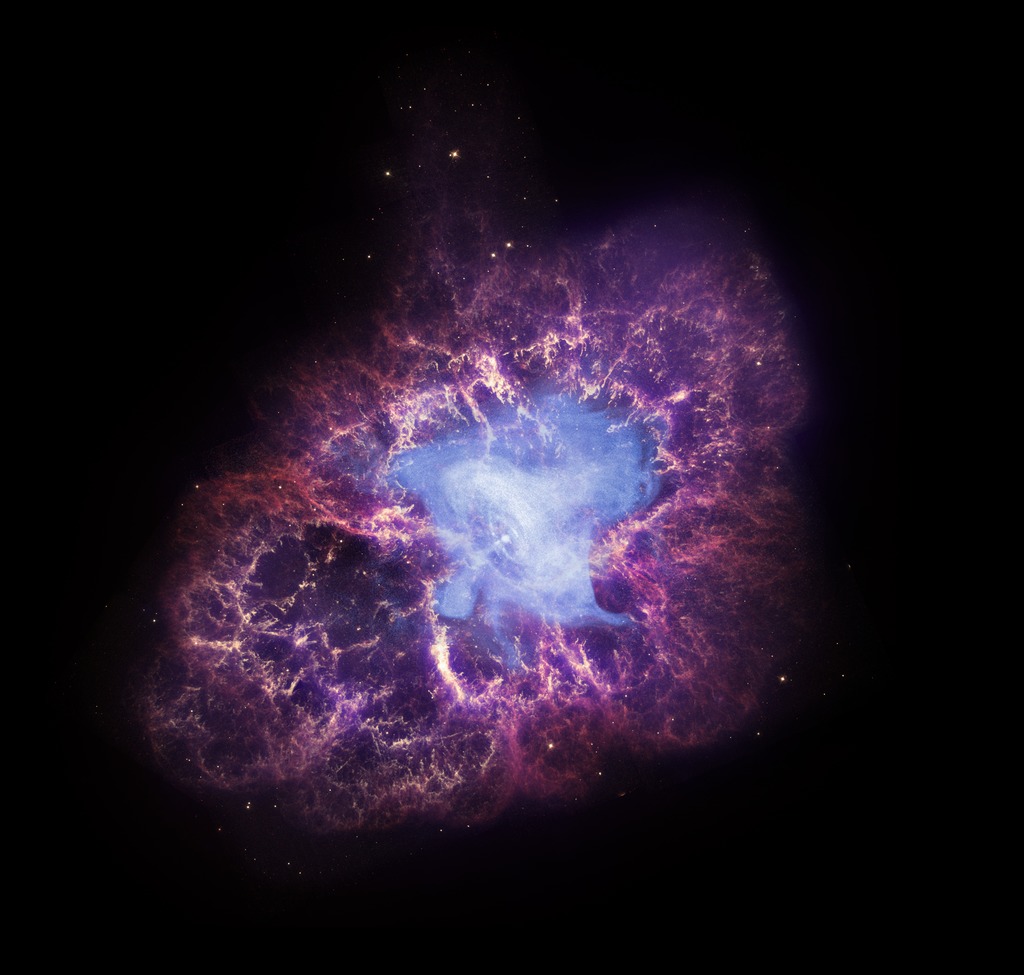 A star's spectacular death in the constellation Taurus was observed on Earth as the supernova of 1054 A.D. Now, almost a thousand years later, a super dense object -- called a neutron star -- left behind by the explosion is seen spewing out a blizzard of high-energy particles into the expanding debris field known as the Crab Nebula. X-ray data from Chandra provide significant clues to the workings of this mighty cosmic "generator," which is producing energy at the rate of 100,000 suns.

This composite image uses data from three of NASA's Great Observatories. The Chandra X-ray image is shown in blue, the Hubble Space Telescope optical image is in red and yellow, and the Spitzer Space Telescope's infrared image is in purple. The X-ray image is smaller than the others because extremely energetic electrons emitting X-rays radiate away their energy more quickly than the lower-energy electrons emitting optical and infrared light. Along with many other telescopes, Chandra has repeatedly observed the Crab Nebula over the course of the mission's lifetime. The Crab Nebula is one of the most studied objects in the sky, truly making it a cosmic icon.