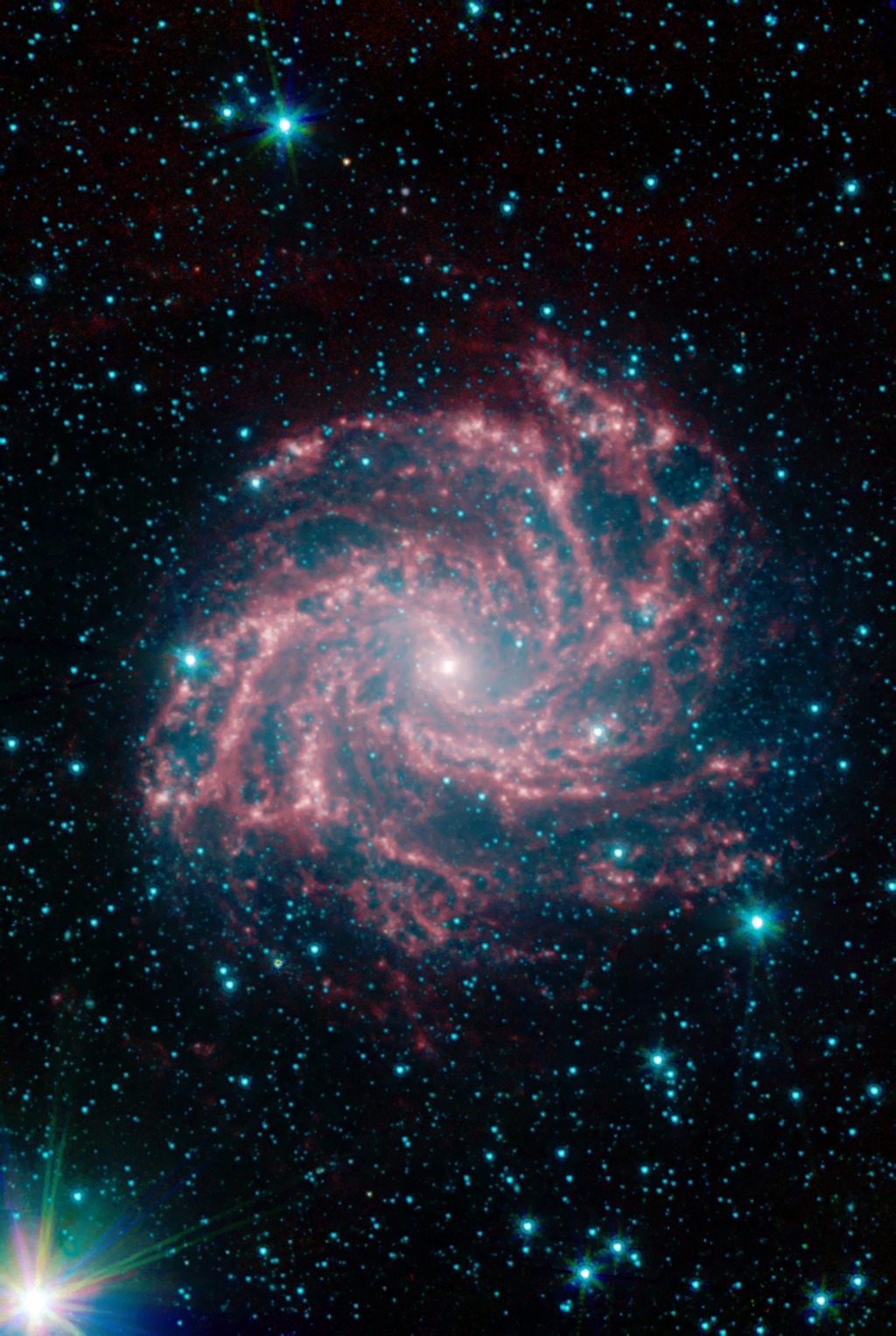 Credit: NASA/JPL-Caltech/R. Kennicutt (U. of Ariz./Inst. of Astr., U. of Cambridge) and the SINGS Team

NGC 6946, or "The Fireworks Galaxy", is one of about a dozen nearby neighbors to the Milky Way. It is located approximately 10 million light-years away in the Cepheus constellation. This image was captured as part of the Spitzer Infrared Nearby Galaxy Survey (SINGS) Legacy Project using the telescope's Infrared Array Camera (IRAC).

The "glowing" red emission reveals regions in the galaxy that are actively forming new stars. The blue dots sprinkled along this image are Milky Way stars along this line of sight.

The SINGS image is a four channel false color composite, where blue indicates emission at 3.6 microns, green corresponds to 4.5 microns, and red to 5.8 and 8.0 microns. The contribution from starlight (measured at 3.6 microns) in this picture has been subtracted from the 5.8 and 8 micron images to enhance the visibility of the dust features.