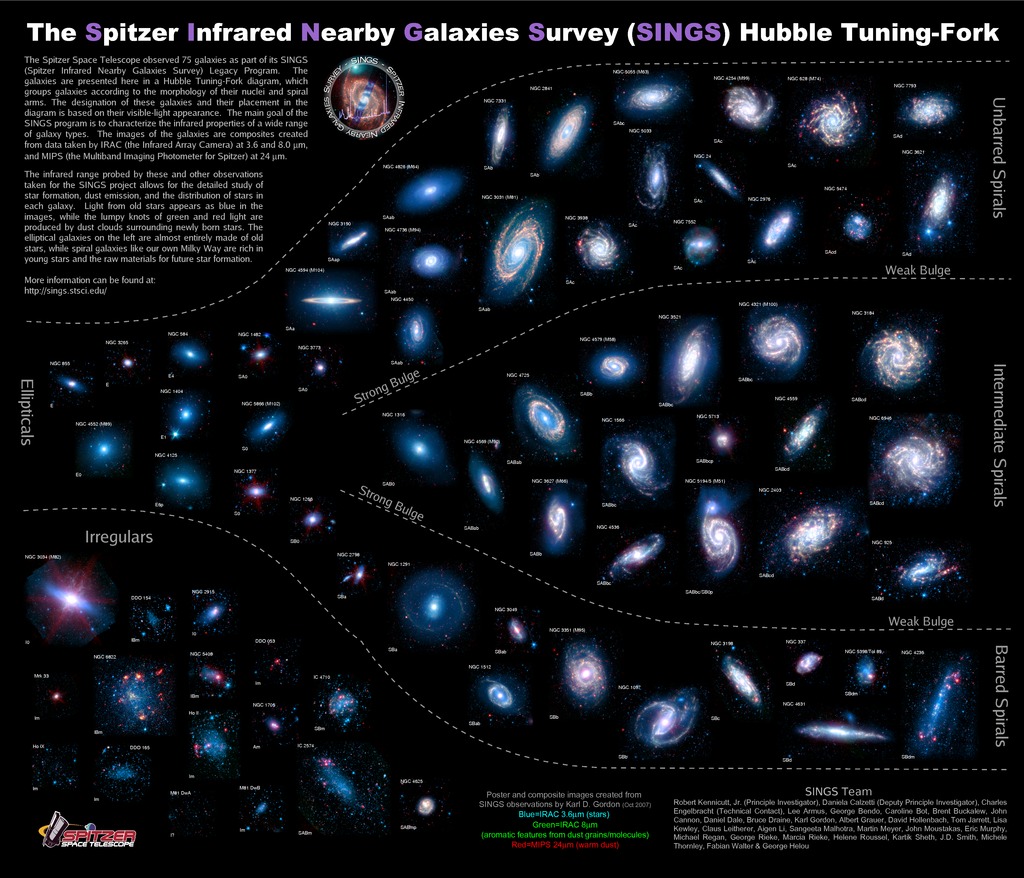 The "lifestyles" of 75 neighboring galaxies are illuminated in this poster from NASA's Spitzer Space Telescope. Scientists say this fresh perspective of our cosmic neighborhood provides valuable insights into growth process of galaxies at a glance.

Over the past four years, Spitzer snapped infrared portraits of some of our most fascinating galactic neighbors as part of the Spitzer Infrared Nearby Galaxy Survey (SINGS) Legacy project. By understanding the mechanisms that fuel and hinder star production in these nearby galaxies, SINGS astronomers hope to solve the mystery of where galaxies come from, and how they've developed throughout the universe's history.

"Once the SINGS observations were done, I began to wonder how to look at all of the galaxies and make sense of the big picture. The SINGS sample of 75 galaxies was just too many to display at once on a computer screen and still be able to appreciate the spatial details present in the images," said Dr. Karl Gordon, of the Space Science Telescope Institute, in Baltimore, Md., who is a member of the SINGS team.

Eventually, Gordon decided to create a poster with the 75 galaxies organized by shape -- using the classification system that astronomer Edwin Hubble created in 1925, soon after the physical nature of galaxies was discovered. The grouping system is called "Hubble's Tuning-Fork" because its overarching shape resembles a musical tuning-fork.